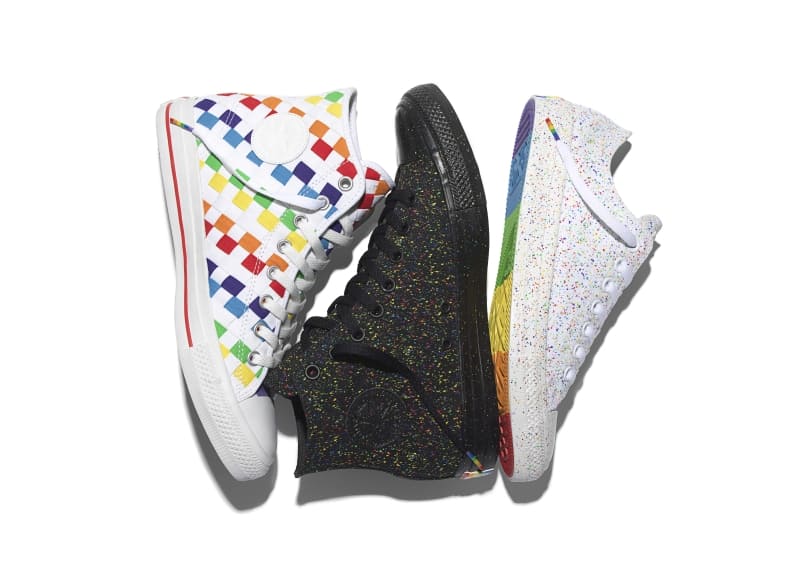 5 LGBT things you need to know today, May 11

1. “Of all the state legislation impacting counseling during my 30 years with ACA, the new Tennessee law based on Senate Bill 1556/House Bill 1840 is the worst.” The American Counseling Association has canceled its annual conference scheduled for Nashville next year, citing their opposition to Tennessee’s recently passed bill that allows counselors and therapists to refuse service to LGBT people based on religious grounds. The conference would have brought 3,000 visitors and $10 million to the state.

2. “Republicans could lose their veto-proof majority in one or both [legislative] chambers, with a cloud of uncertainty surrounding the governor’s race.” GOP strategists in North Carolina say the party’s anti-LGBT House Bill 2 will cost them dearly in November’s elections.

3. Converse has released the 2016 Chuck Taylor All Star Pride Collection.

4. Nick Jonas responds to “gay baiting” accusations in this OUT magazine cover story.

5. VIDEO OF THE DAY: Watch a crowd cheer as a gay cyclist stands up to a homophobic street preacher.

EDIT: We found the mystery gay cyclist! His name is Ryan Vance (well that's his Clark Kent name anyway, he shall henceforth be more widely known as Mystery-Gay-Cyclist-Hero-Man).I walk through Glasgow holding hands with my boyfriend all the time, and we have never experienced any homophobia. So to walk down the main shopping street and hear a man shouting that 'the 99%' need to stand up to the '1%' who are gay was very sad and very scary. Then Ryan arrived and did that thing that we all like to think we'd do but few of us ever manage: he stood up to hatred and bigotry without any fear or hesitation. And Ryan is right, we all need to start by loving ourselves, and we don't need anybody else's permission to do that.Ryan Vance, as a gay man and a human being, I salute you: you made the world a better place. Thank you, sir – your pint awaits!*****Incidentally, Ryan is a designer and writer with this very well put-together website: www.ryanvance.co.uk (I'm afraid I insisted on giving him a plug!). If you'd like to do something to help LGBT people in Scotland, you can donate to LGBT youth here: https://www.lgbtyouth.org.uk/m-donate-nowThere's probably no better way to show that preacher what you think of his views.__________________________A gay cyclist stands up to a religious bigot in Glasgow and gets a round of applause from the crowd! If anyone knows this chap, please tell him to get in touch because a fair few people would like to buy him a drink."I love myself, I don't need a god to do it." #legend