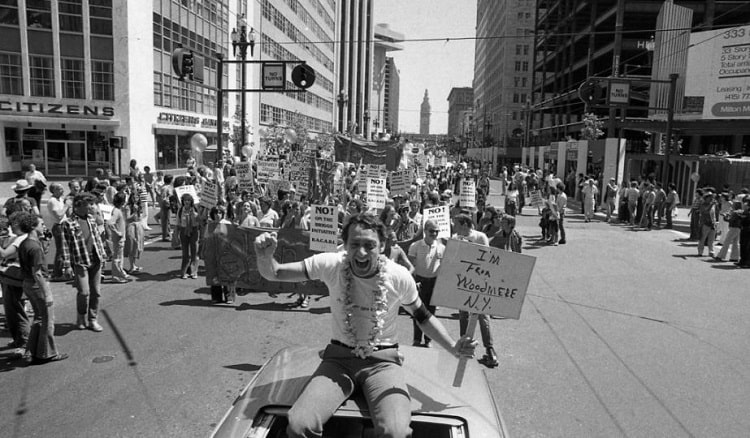 5 LGBT things you need to know today, May 2

1. “Give Madelynn and Jean and others like them a break. Stop finding reasons to make life – and in this case, death – harder than it needs to be.” The Idaho Veteran’s Cemetery denied Madelynn Taylor’s request for a burial plot for her late, longtime lesbian partner because they are not legally married. So retired Army colonel Barry Johnson is donating his plot to the couple so they can be together forever.

3. Staying in the Times Have Changed Department, a British study of college-age male athletes showed that 93 percent reported having spooned or cuddled with a man. The findings jibe with other reports showing younger generations of straight men being more comfortable with intimate contact with other straight men as the stigma of homosexuality lessens. However, American men apparently lag behind the British in terms of their evolution on the issue.

4. Vice President Joe Biden says he sees “no downside” to President Obama issuing an executive order to ban workplace discrimination against LGBT employees of federal contractors. Obama has faced criticism from LGBT rights activists for not doing so, and we can’t imagine Ol’ Smilin’ Joe weighing in made his boss that happy.