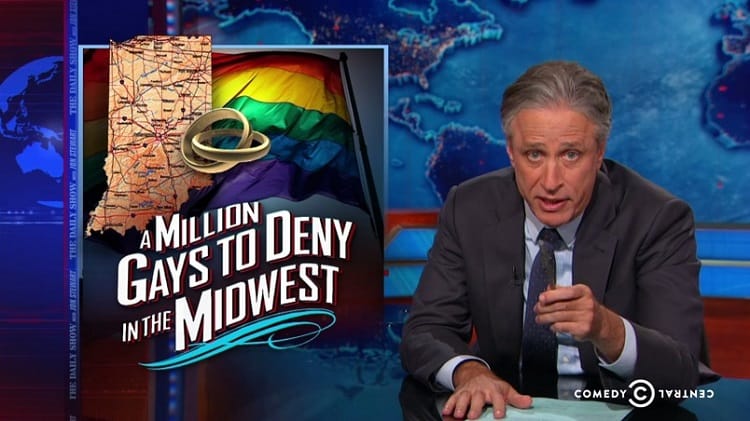 1. “What keeps us up at night is the fact that 75,000 people depend on tourism for a paycheck. And if we don’t fill the city with conventions and visitors, they don’t work.” LGBTQ Nation reports on Indiana’s long road to restore its battered image after passage of the state’s controversial “religious freedom” law.

3. Washington, D.C. police have someone in custody in the stabbing death of a man found dead in his hotel room after a suspected gay hookup.

4. ABC News announced that they will air a “far-ranging and exclusive” two-hour interview between Diane Sawyer and Bruce Jenner on April 24. Jenner is reportedly coming out as transgender.

5. VIDEO OF THE DAY: Jon Stewart takes on Indiana’s RFRA.