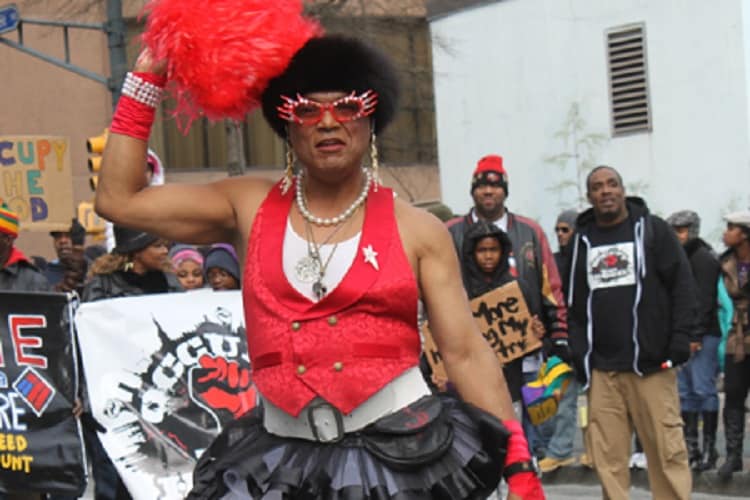 Funnyman Brent Star (brentstar.com) just barely eked out a win in one of the closest votes of this year’s awards—just 20 votes separated first and second! Star can be found at events throughout the year, whether it’s hosting the Fun Bingo Show at Cowtippers, doing stand-up at The Laughing Skull and more.

Newcomer Hugo Donis (www.facebook.com/thehugodonis/) takes the prize for best actor this year. The actor and filmmaker is currently casting for a local horror web series called “Don’t Give In” so keep an eye out for that project coming soon!

The reader’s choice for best DJ for the second year in a row is Liz Owen. Owen throws down beats at various locations around town but is perhaps best known for spinning at My Sister’s Room. You can also spot her at the Sexacola parties in Pensacola during Memorial Day Weekend.

Atlanta’s Jordan Michaels McCord (www.facebook.com/Jordan-Michaels-McCord-590711617721675/) wins again! The entertainer is a popular figure who hosts and performs at My Sister’s Room, and McCord dabbles in acting and modeling as well.

Evah Destruction (www.facebook.com/EvahDestruction) is the drag queen you adore the most—for the second year in a row. She can be seen on Fridays at Jungle’s “The Other Show” and frequently at Burkhart’s and Lips Atlanta as well.

Q100 (www.q100atlanta.com) wins it again. There have been some shakeups in the DJ lineup in the last year but readers hung in there with the station that plays a mix of today’s top pop artists in rotation throughout the day. Q100 has long supported the LGBT community and is a regular presence at Pride.

It’s a threepeat! Young Atlanta rapper J. Tyler (jtylermusic.com) bested some fierce competition from our three other finalists to be named best musician again this year. And keep an eye out for J. Tyler’s new single “Live Out Loud” coming out August 1.

The best writer/playwright category was loaded this year with five finalists facing off for the prize, but no one could outlast perennial favorite Topher Payne (www.topherpayne.com). Keep an eye out “My Summer Prince,” a Hallmark Channel original film written by Payne premiering August 6.

Atlanta’s “Ambassador of Mirth” wins in this category populated by a number of people in various art forms. You never know where you’ll run into the always-stylish Baton Bob but keep your ears peeled for that telltale whistle to get a hint.

Best attraction was a brand new category for this year’s Best of Atlanta, and the Atlanta Botanical Garden (atlantabg.org) got the win. Whether it’s the current Chihuly in the Garden exhibition or the annual Garden Nights, Holiday Lights, they keep the city’s A&E fans coming throughout the year.

The Georgia Aquarium (www.georgiaaquarium.com) placed second and the Atlanta History Center (www.atlantahistorycenter.com) rounded out the category in third.