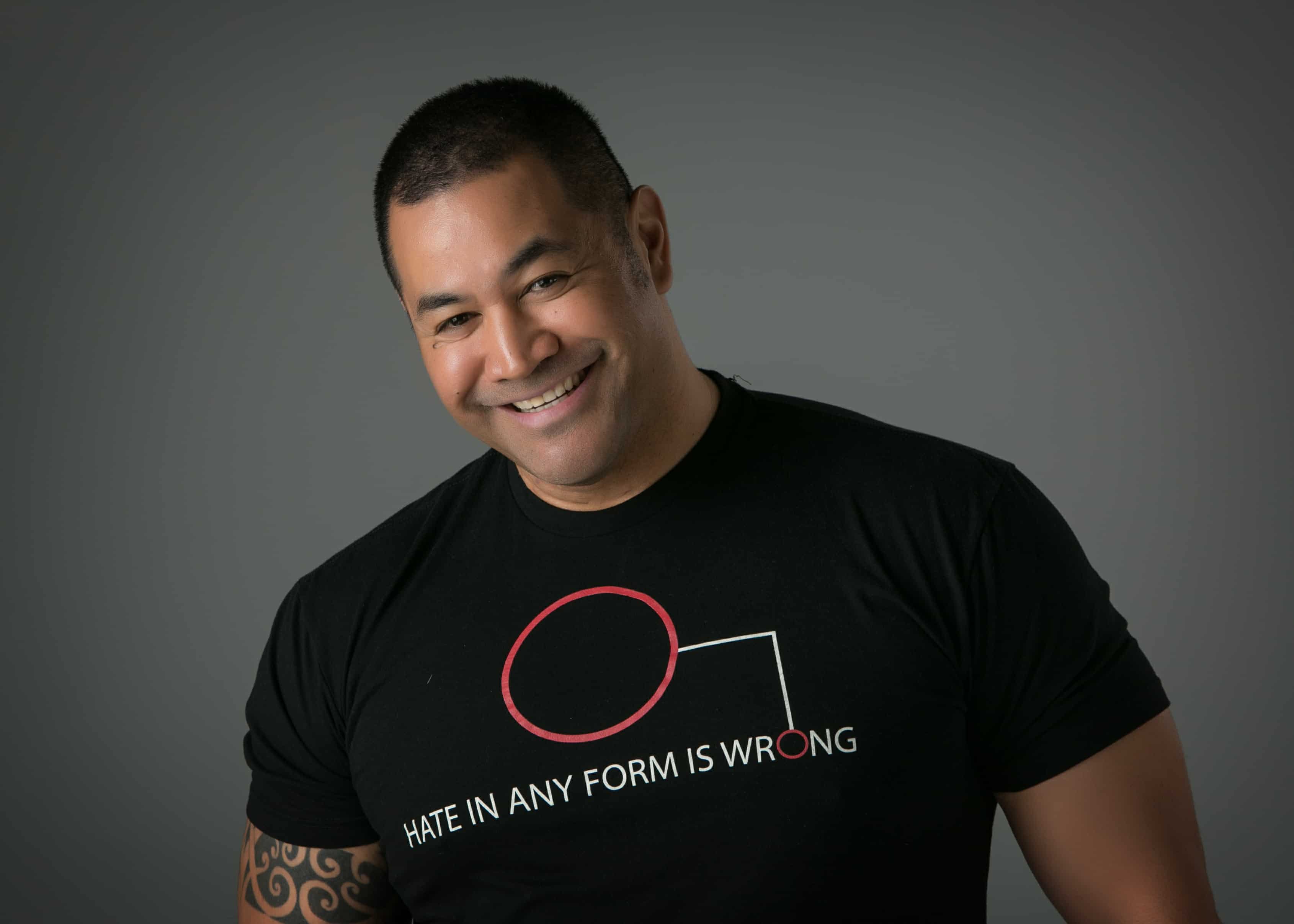 The Super Bowl is coming to town, and so is Esera Tuaolo’s second annual Inclusion Party! The out former NFL player/chef/singer/activist brings his party to the Super Bowl host city every year to bridge the gap between professional sports and the LGBTQ community.

“I wanted to create a presence for the LGBTQ community during the Super Bowl because before, we never had a presence there,” he told the Georgia Voice.

The event starts out with panels hosted by Outsports’ Cyd Zeigler on January 29 from 1:00 P.M. to 3:30 P.M. at the National Center for Civil and Human Rights (100 Ivan Allen Jr. Blvd NW).

Panelists include Scott Pioli, the Assistant General Manager for the Atlanta Falcons; Zio Armstrong, President of Adidas North America; Peter King, one of the biggest names in sports writing; Karin Nelsen, the Vice President of Legal and Social Impact for the Minnesota Vikings; Greg Louganis, an Olympic gold medalist; Katie Sowers, the first female assistant coach in the NFL; and Tuaolo himself. 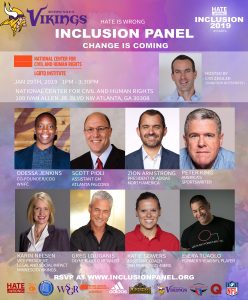 These panelists will discuss the efforts of sports-affiliated corporations, non-profits, and athletes, as well as the NFL itself, to make professional sports more LGTBQ inclusive. You can RSVP for the free tickets to this event here.

But the fun doesn’t stop there. That night, from 7:30 P.M. to 2:00 AM at the Buckhead Theatre (3110 Roswell Rd NE), Atlanta will dance the night away at the Inclusion Party. The event will be hosted by Carson Cressley and will feature performances by Shawn Hook, Nia Franklin, Raja, Brooke Lynn Hytes, DJ TieDye, Dj Ryan Kenney, DJ Lisa Monet, and Tuaolo himself, who competed on NBC’s The Voice. 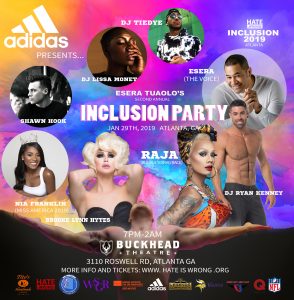 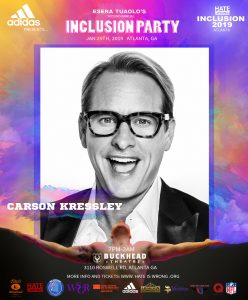 This event is sponsored by Adidas, Titos, and the Minnesota Vikings. Early general admission starts at $35 and VIP tickets start at $150. 100 percent of proceeds will go to the National Center for Civil and Human Rights’ LGBTQ Institute. You can buy tickets here.