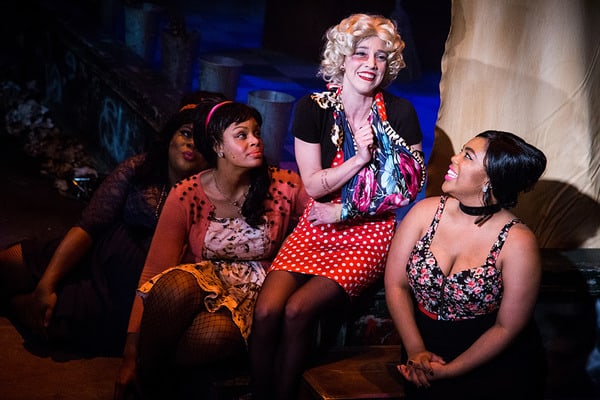 Local government and state organizations showed their commitment to the arts this month by awarding Actor’s Express a total of $72,500.

This is the highest level of government support the theater company has received in its 30-year history, according to a news release. Funds will go toward its 2017 to 2018 programming.

“As Actor’s Express enters its 30th anniversary, we are honored that the city, county and state recognize the theater’s contribution to the region’s cultural community,” Managing Director Alex Scollon said.

Actor’s Express was given a $30,000 contract for services grant from the Fulton County Board of Commissioners, which according to the news release “believes the arts are essential to the quality of life of its citizens and to the economic and social health of our communities.” An additional $30,000 contract came from the Atlanta Mayor’s Office of Cultural Affairs, which works to create and promote “rich and diverse cultural experiences” in Atlanta. Another $12,500 partner grant came from Georgia Council for the Arts.

Actor’s Express, which was founded in 1988, kicks off its anniversary season in September. The six shows coming to the stage are “The Christians,” “Cardboard Piano,” “The Flower Room,” “Angels in America” and a Broadway musical, which will be announced this fall.

The theater is known for its support of LGBT content, and openly gay Artistic Director Freddie Ashley will direct both “The Christians” and “Angels in America.”

“The Christians,” by playwright Lucas Hnath, tells the story of a megachurch pastor who delivers a sermon about salvation that causes a rift in his congregation. “Angels in America,” shown in two parts, is a political commentary about the 1980s AIDS epidemic.