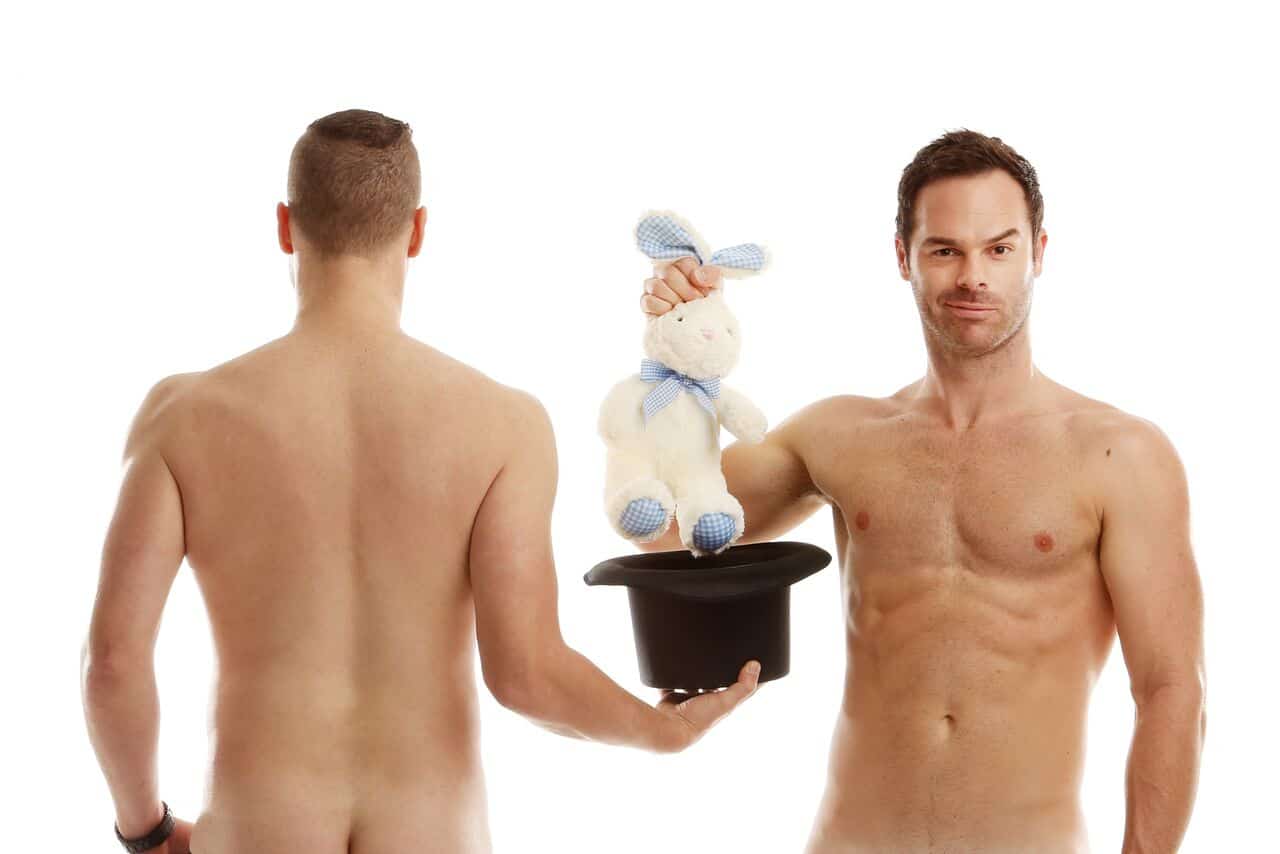 When Australian magicians Chris­topher Wayne and Mike Tyler were think­ing about how to shake up the industry, they hatched the idea to incorporate some full-frontal cheekiness into their act. Suddenly, “The Naked Magic Show” was born. After sold out engagements around the world, the show visits Atlanta this week­end. We spoke recently with Wayne, himself an LGBT activist, to find out about the bare-assed fun the night brings – and whether he expects more straight women or gay men at the show.

Howdy Chris! How did you get into magic?

I have been doing it for 10 years. It’s been my job since I was a kid. Three years ago Mike and I came up with this idea. He had been doing magic for eight years. Magic was our first love.

How did you and Mike meet?

We met at an event where he was the en­tertainment and I was the guest. We were the same age, living in the same city, in the same industry but we had never crossed paths. I went to an event and he was one of the best acts I had ever seen. I had to meet him and we became best friends.

Tell us about the idea to do this.

We felt that the industry was dated. It has all been done. Magic needed to be re-evolved or re-energized. We asked ourselves, what can we do that has never been done be­fore? We realized that in the whole history of magic, no one had ever taken it to that naughty place. We spent over a year put­ting it together. We wanted it to be the most hilarious show you could possibly see, and naughty and sexy as well.

What was it like the first time you did it?

We had six nights booked in Brisbane. Three weeks before it was sold out. We thought, this better be good! That was in 2014 and we have not had a chance to stop since. The first time was terrifying. We weren’t strippers before. We had never been naked in a room full of strangers. I almost threw up. We took our clothes off and peo­ple started clapping and cheering. We knew we had something good. The best part of our day, bar none, is when we are naked in a room in front of people.

So you don’t start off naked, correct?

We decided it would be more rewarding for the audience to wait. We wanted to make them work for it. Let’s put a bit of foreplay in it. We lose our clothes bit by bit throughout the show.

It can be a girls night out, but we have a huge gay following as well. It’s a fun show for couples. In D.C, 95 percent of the audiences were guys.

You are very much an LGBT activist, correct?

I was a Christian pastor and I denounced my faith when I was 25 years old. One of the reasons was, I couldn’t deal with the church’s stance on marriage equality. I had friends who are gay and lesbian. We are one of the last countries in the Western world not to legalize gay marriage. It breaks my heart that my friends who love each other the same way I can love aren’t allowed to get married. I have seen friends who want to adopt and it takes twice as long. When this show became popular, I had a voice, and it was a great way to share my opinion on marriage equality. I want people to know that a straight boy from Brisbane is on your side fighting for you.