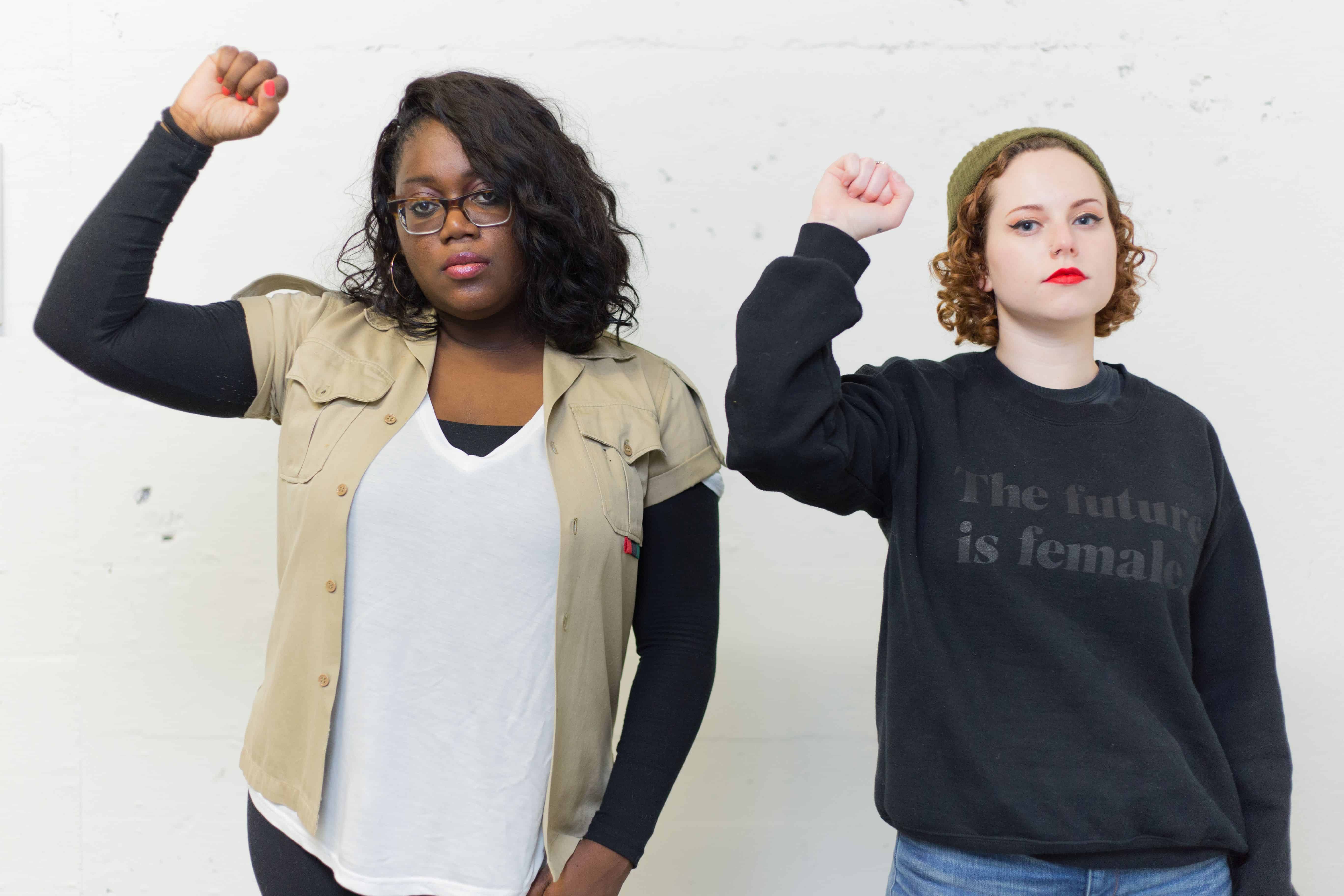 The Bleux Stockings Society is a group of cisgender and transgender women and non-binary people that gather on a monthly basis to host live literature shows. A theme is announced in advance and the pieces submitted that best fit the theme are chosen to be read by their authors. Each performer is then given five to seven minutes to read their work aloud. A portion of the $10 cover goes to a women’s charity.

Gearing up for the “Triumph”-themed showcase on Jan. 15, co-founder Amy Tecosky pointed out that this show will be the group’s two-year anniversary.

“I started it in January of 2016 with original co-founder/producer, Ellaree Yeagley,” Tecosky told Georgia Voice. “The Bleux Stockings Society, or BSS, was born out of a desire to provide a space for often underrepresented voices in a safe, comfortable environment. The hope was that we would serve as a jumping-off point for writers who were new to performing and wanted to test the waters.”

The show is near and dear to the heart of co-producer Rita Leslie too.

“For me,” she explained, “my origin story is two-fold because I actually performed at the very first show. So when asked to jump in as co-producer about a year-and-a-half ago, it was a no-brainer. I knew BSS was special and I couldn’t wait to add value to an already thriving live-lit community.” 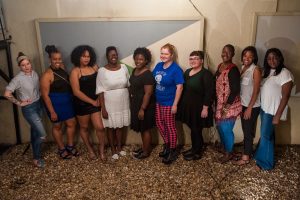 Tecosky said she came up with the idea for the group when she was in high school.

“The original Blue Stockings Society was an academic and creative salon for women in the 1750s,” she said. “It was a radical idea for the time period. After joining the Atlanta literary community, I revisited the idea; I loved the concept of women (both cis and trans) and non-binary people having their own ‘salon’ of sorts — a space to reflect and unwind and connect.

“When Ellaree [the original co-founder and producer] and I started really percolating on it,” she continued, “we knew we’d have to tweak the name just a bit as the original group only included wealthy white women. The idea was to adopt their concept and put an intersectional spin on it. We wanted to keep the good without excusing their exclusivity, which is why we changed ‘Blue’ to ‘Bleux’; It’s an amalgam of the French word ‘deux’ (or two), and the words ‘bleu’ and ‘redux.’ Though I’m sure we’ve offended French speakers everywhere, we felt it was a good way to provide a distinction as the ‘second wave,’ if you will, while still paying homage to the source group.”

Tecosky said the group has been “surprisingly successful” and she loves working alongside Leslie.

“Rita is an absolutely incredible producer who is adept at encouraging new performers to finally take the plunge,” she said. “I feel lucky to be her co-showrunner.”

“We wanted to create a platform for marginalized voices,” she said. “There are several live-lit shows, but none that specifically cater to women, women of color, LGBTQIA, trans and non-binary folks. People need to know that there’s a place they can go and be heard, especially in today’s heightened political climate.”

For Tecosky, it’s all about representation.

“It’s difficult and scary to get up on stage in front of large groups of strangers, but it’s easier when those people share some of your lived experiences,” she said. “BSS offers women and non-binary people a chance to recharge and celebrate each other in a space that isn’t always available to them.”

Leslie added, “The shows are always brimming with energy and anticipation.”

Efforts made to combat cold feet

The group offers both public and private events to make the writers feel more safe and comfortable. A show will feature eight performers of varying experience levels interpreting their take on the monthly theme, and each writer has about seven minutes to read their piece.

“In the past,” Tecosky said, “we’ve included a stand-up comedy show — which we hope to bring back this year — and a music-only event at the EARL. We also plan to do more collaboration this year with other monthly lit and poetry events around town.”

Cold feet hinders some writers from submitting their work to perform. BSS is sensitive to that and works to help acclimate newbies.

“It can be extremely intimidating to hop on that stage for the first time,” Tecosky said. “We love new performers and are dedicated to getting them on stage. Whether they’re into fiction, personal essay, poetry or any other kind of writing, we want to hear what they have to say. Don’t be shy!”

BSS has a public Facebook page to advertise their events with submission details. They also have a private page for their members to stay connected.

“We’ve been fortunate enough to witness some powerful performances together,” Tecosky said. “I have high hopes that our fantastic BSS community will keep bringing their best work forward.”