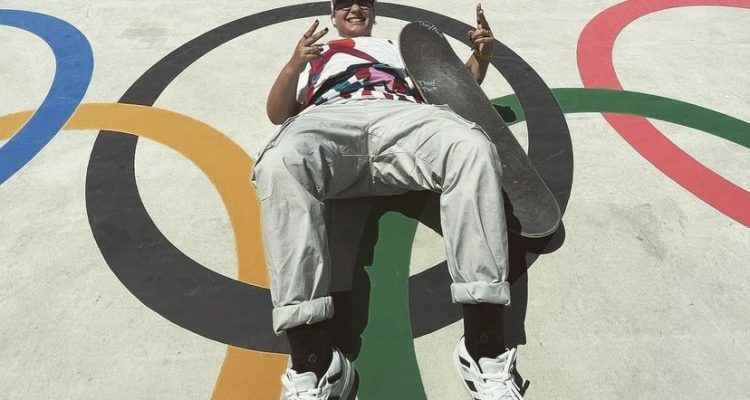 NBC Sports has apologized for misgendering non0binary skateboarder Alana Smith in its media coverage of the Olympic games in Tokyo, Japan.

Smith made Olympic history as the first out non-binary athlete to represent USA at the Olympic games. In international commentary streamed by NBC, commentators misgendered Smith — who uses they/them pronouns — while covering the Women’s Skateboarding Street event.

On July 27, NBC Sports issued an apology: “NBC Sports is committed to – and understand the importance of – using correct pronouns for everyone across out platforms. While our commentators used the correct pronouns in our coverage, we streamed an international feed that was not produced by NBCUniversal which misgendered Olympian Alana Smith. We regret this error and apologize to Alana and our viewers.”

Smith’s participation in this year’s Olympics is not the only act of LGBTQ history; a record number 168 out LGBTQ athletes are competing on the world stage in Tokyo, greater than the number of LGBTQ athletes who have participated in previous Olympics – both Summer and Winter – combined, according to Outsports.

“With a record number of our LGBTQ athletes competing in these Games, including the first out non-binary and transgender participants, it’s important that journalists follow best practices for LGBTQ coverage,” Mary Emily O’Hara, GLAAD’s Rapid Response Manager, said in a statement following the misgendering of Smith. “Out LGBTQ athletes are driving acceptance and progress on the world stage. Journalists have a responsibility to all viewers and readers to cover them accurately and respectfully.”

GLAAD, Athlete Ally, and Pride House Tokyo worked together to produce and release a comprehensive guide for journalists covering the Olympics called “Guide to Covering LGBTQ Athletes at the Olympics.”  It includes guidance on covering non-binary and transgender athletes like Smith and Laurel Hubbard, the first openly transgender Olympian.