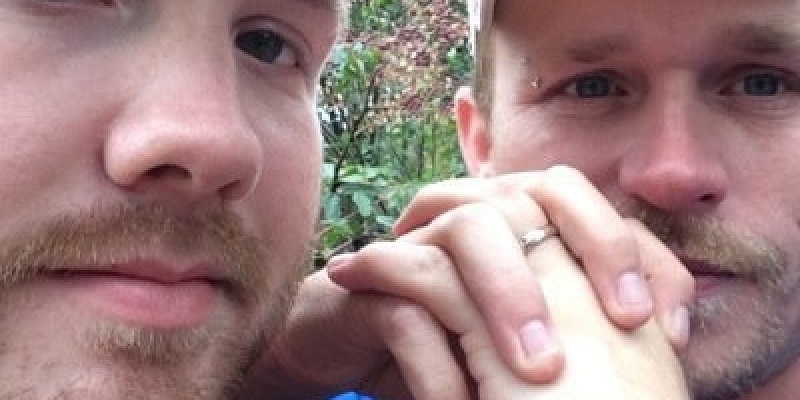 Forget the lawsuit that could lead to the end of Georgia’s same-sex marriage ban, the upcoming election which could decide the fate of the LGBT community’s rights for years to come and this whole Atlanta Pride thing. People, Uncle Poodle got engaged.

Uncle Poodle, or Lee Thompson if you want to go by driver’s licenses, is the beloved gay uncle to his niece Alana, better known as Honey Boo Boo on the TLC reality show “Here Comes Honey Boo Boo.”

Thompson, who lives in Milledgeville, proposed to his boyfriend Alan over the weekend then took to Twitter to announce the news.

To answer questions about this pic YES! Alan and I fact Engaged! I proposed to him this past weekend and he said YES! pic.twitter.com/ZINylOZcPW

He explained the origin of the nickname to the GA Voice in a 2012 interview.

“Okay, here’s how ‘Uncle Poodle’ happened. We were at practice one day, getting ready for a pageant. Her coach was talking about her gay friends, and she said, ‘I love all my poodles.’ Alana thought she was really talking about dogs. She wanted to know how many poodles she had, and what were their names,” Thompson says. “And I said, ‘No, Alana, she’s talking about gay people.’ Well, that did it. All gay people are poodles to her now, and I’m her number one poodle.”

Congrats to the happy couple.