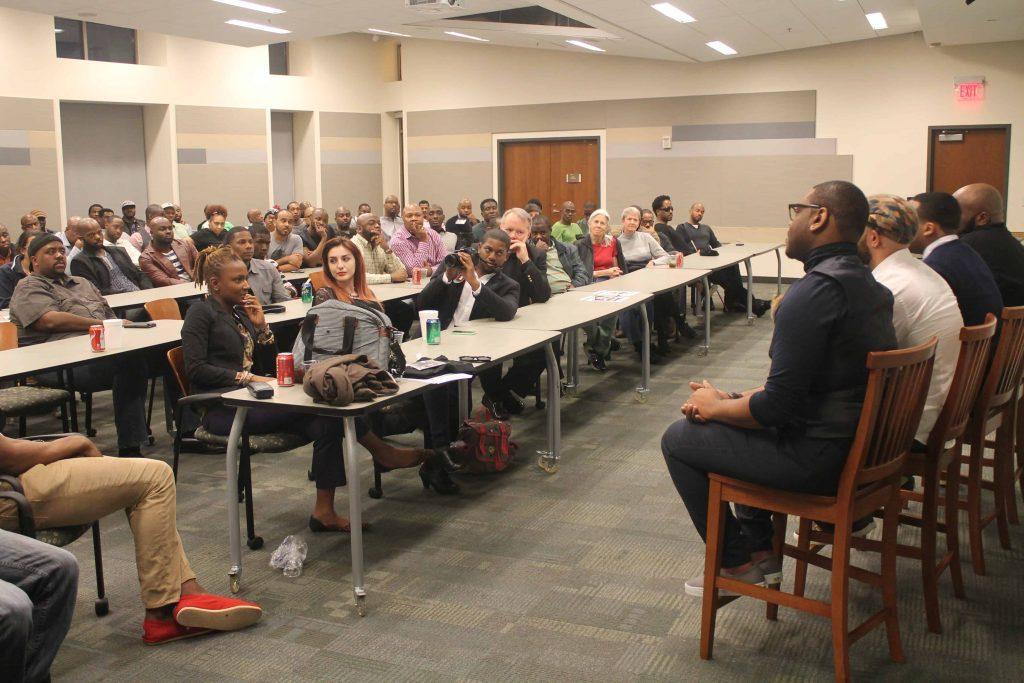 It was a big turnout Wednesday night at the Emory University Center for Ethics for a screening of Chase Simmons’ documentary, “Dear Dad: Letters From SGL Sons.” The film weaves the stories of eight African-American same gender loving Atlanta men, as they read directly from letters they’ve written to their fathers, talking about their relationship and how it has shaped them as men.

The stories were sometimes funny, sometimes heartbreaking and often inspirational. The documentary seemed to resonate with the audience, most of whom could be seen nodding in affirmation throughout upon hearing various lines in the film.

The film is being submitted to film festivals, and plans are in the works for more screenings in Atlanta, Tennessee and beyond in the months ahead.

To scroll through the photo gallery, click on any photo and there will be an arrow on either side of it to use. You do not have to click on each thumbnail to view the gallery.