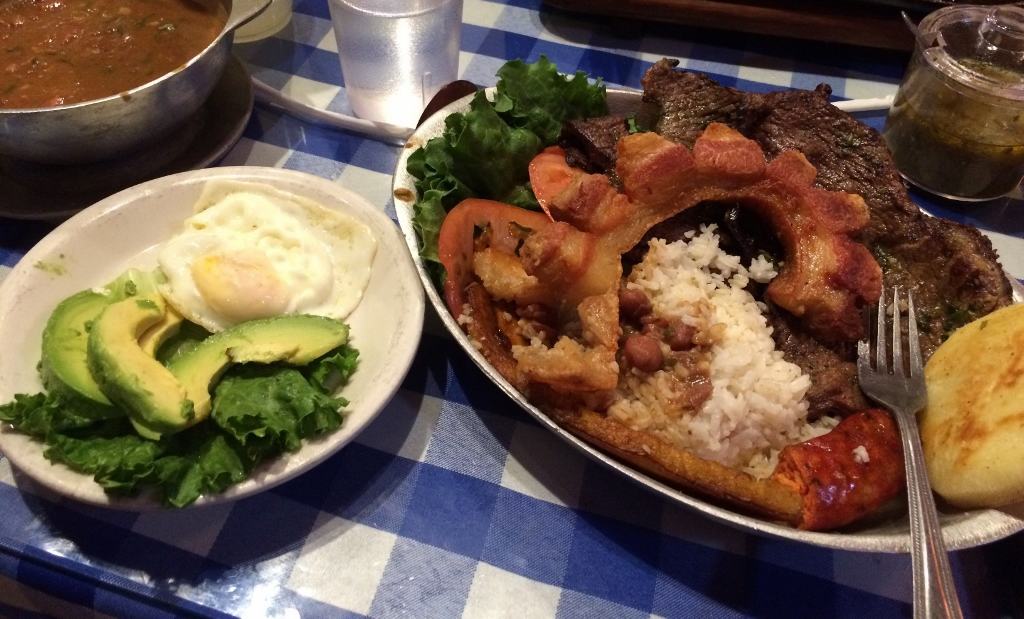 When I die and take my place at Satan’s dinner table, I’ll be frequently ordering spicy food from Latin American countries. I’ve rehearsed my afterlife twice in recent weeks. You’ll like these places.

Rreal Tacos (110 6th St., 404-458-5887, www.rrealtacos.com): This restaurant in a shiny, nondescript Midtown building was a shock. It’s rreal Mexican for real, opened by Adrian Villarreal, who worked with top chef Richard Blais at The Spence for a couple of years.

Consider his full resume: he grew up in his family’s restaurant business in Monterrey, attended Le Cordon Bleu in Paris, where he worked in two prestigious restaurants and earned a degree in economics. Before taking the helm at The Spence, he was at Joel and Tap. All of this has come to fruition with brilliant but subtly riffed food.

The big deal is the tacos, of course. My favorite is the trompo – pork roasted on a revolving spit with pineapple, smoky peppers, and spices. We know that as al pastor but Villarreal explained that it’s called trompo in his native area of Mexico. There are carnitas – my test of taquerias in town, and Villarreal’s are just about perfect because the meat is long-cooked and crisped, which most kitchens seem to avoid. An amazing don’t-miss taco is the braised chicken Veracruzana with tomatoes, olives, capers, garlic, and onion. These and four others, including a veggie one, are available on flour or house-made corn tortillas. Stunning salsas, including my favorite tomatillo, are available for 50 cents along with freebies like organic shaved radishes and fresh jalapenos.

Don’t fail to order a few sides like gluten-free fried avocados with salsa or the deeply flavored vegan guajillo bean soup. There are many others including roasted local sweet potatoes with crema and queso fresco.  Still the best aguas frescas you’ve ever tasted.

One warning: you won’t find chips and salsa, and you won’t need them.  Villarreal is clear why. He doesn’t want people sitting at tables and only munching them until they are too full to eat anything else. Prices, by the way, are very low. Tacos, for example, are only $2.99. There’s a $9.95 special of two tacos, a soda, and a side.

You’re going to probably need some help with translation. In my opinion the go-to dish here is the bandeja de la abuela paisa because it gives you a broad taste of the restaurant’s specialties. Included are an arepa, rice, a hunk of sausage, an admittedly tough but deliciously seasoned steak, avocados, a fried egg, a sweet plantain, and a pot of beans. But the plate’s main attraction for me is the curvy chicharron – basically fried pork skin with the melt-in-your-mouth fat attached. I know, you’re screaming “gross.” Give up your twinkiness for a night and try it.

There are more tender steaks, all deliciously seasoned, like a grilled skirt steak and an Argentina-like sirloin with chimichurri.  You’ll find plenty of grilled chicken dishes, smoked ribs, and filled arepas (think Colombian tacos). You might want to go on the weekend when there is a menu of more exotic specialties like tongue and oxtail, plus time-intensive stews. But anytime you go, it’s cheap, cheap, cheap.