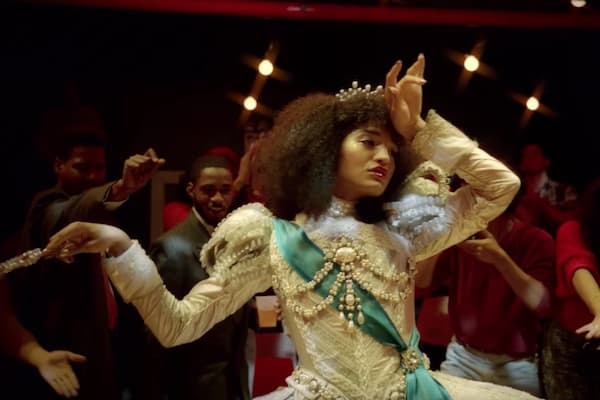 For television, Netflix, Hulu and Amazon collectively received the most nominations with 11.

FX’s “Pose,” which made history as the first scripted television series to include a majority transgender cast, was nominated for Outstanding Drama Series along with “Supergirl” (CW), “Billions” (Showtime) and more.

This year GLAAD also opened up the awards to recognize LGBT-inclusive content in video games as well.

“GLAAD has always leveraged diverse forms of media to share LGBTQ stories which change hearts and minds, and as the video game industry reaches new heights of popularity and influence, it is imperative that LGBTQ people and issues are included in fair and accurate ways,” Sarah Kate Ellis, GLAAD President and CEO, said in a statement.

“The images and stories recognized by the GLAAD Media Awards over the past 30 years raised the bar for LGBTQ inclusion in the media industry and changed the hearts and minds of countless audience members around the world,” Ellis said. “This year’s nominees are changing the game by showcasing diverse races, genders, religions, ages, geographies, and genres in ways that challenge misconceptions and inspire LGBTQ acceptance. The 30th anniversary of the GLAAD Media Awards will honor these groundbreaking new LGBTQ stories while remembering the astounding positive cultural change that LGBTQ media representations have achieved.”

The GLAAD Media Awards will be held in a bi-coastal celebration on Thursday, March 28 in Los Angeles at The Beverly Hilton and Saturday, May 4 in New York City at the Hilton Midtown.

Outstanding Magazine Article
“21 Transgender Stars, Creators Sound Off on Hollywood: ‘I Want to Portray These Characters, and I’m Ready’” by Chris Gardner, Rebecca Sun, Lindsay Weinberg, Joelle Goldstein, Bryan White (The Hollywood Reporter)
“Can a Transgender Woman Get Justice in Texas?” by Nate Blakeslee (Texas Monthly)
“Ex-Scientologist Michelle LeClair Says Church Officials Humiliated Her After She Came Out as Gay” by Johnny Dodd, Tierney McAfee (People)
“Lena Waithe is Changing the Game” by Jacqueline Woodson (Vanity Fair)
“They are the Champions” by Katie Barnes (ESPN The Magazine)