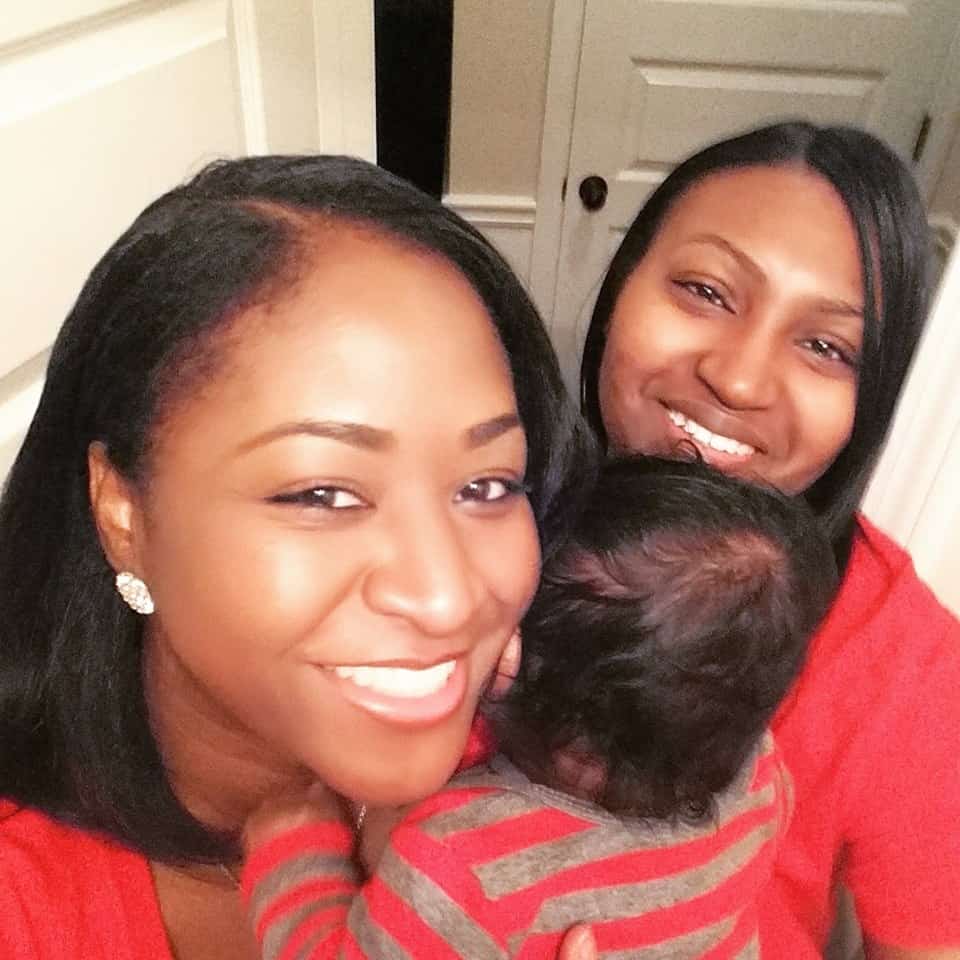 RayShawn Chandler doesn’t recall exactly how she came across the American Military Partner Association’s (AMPA) website, but there is one thing she’s certain of—as the wife to deployed Army reservist Avery Chandler—the discovery was her saving grace.

Under Don’t Ask, Don’t Tell (DADT), LGBT soldiers were expected to live a life of secrecy or risk their careers and livelihood. And with virtually no organized support network, the spouses of these soldiers were also pushed to the periphery and rendered invisible. It’s a reality that RayShawn would have faced when Avery was deployed to Kuwait in 2014, leaving the mother to-be alone to deal with the fear that accompanies military service overseas.

Enter AMPA, the nation’s largest resource and support network for the partners, spouses, families, and allies of America’s LGBT service members and veterans. And for RayShawn, a resource that not only provided the crucial support she needed during Avery’s deployment and connected her to other military spouses, but kept her from losing it altogether during their separation.

“I tried to keep busy as much as possible while she was gone. I took to different social media outlets,” says RayShawn. “For example, AMPA— cause baby, let me tell you, it was not easy, especially during the first four months.”

Avery, an Atlanta police officer and RayShawn, a Delta flight attendant, were able to find a silver lining in one of the major perks of RayShawn’s job when she was able to fly to Amsterdam and Paris to meet Avery while on leave during the fourth and eighth month marks of her deployment. It’s a perk the couple doesn’t take for granted and one that isn’t available to most military spouses, which makes deployment all the more challenging and AMPA even more necessary.

AMPA President Ashley Broadway-Mack tells Georgia Voice that a top priority for the organization is to “continue to support and connect LGBT military members wherever they are stationed, whether it be with other families, allies, or resources.”

AMPA’s goodwill didn’t begin and end with RayShawn as she awaited her wife’s return; it extended to Avery as well.

“While I was in Kuwait, a family from AMPA actually sent me a care package,” she says. “When you’re deployed overseas, care packages are the world. You look forward to the mail that you’re gonna get from your family members and you also look forward to care packages. It really makes you feel special to have a family across the world thinking about you and sending you something to make your time away from [your own] family easier and a little bit more manageable.”

The couple’s growing family was at the forefront of both their minds as RayShawn’s pregnancy via in vitro fertilization with their son Ace, now almost six months old, was confirmed during their Paris meet-up and documented in a video on their popular YouTube channel, “Our Normal Life Atlanta.”

Baby Ace, although not yet conceived, was a motivating factor in their decision to fight for all of the legal benefits provided to heterosexual families as plaintiffs in the 2014 Georgia class-action gay marriage lawsuit filed by Lambda Legal.

According to Avery, “there is never a dull moment” in their home since Ace’s arrival.

“He is such a blessing,” says RayShawn. “I know they say babies keep you up all night and cry.”

“But I will take his whining and crying over anything. He has made our bond even closer, especially when Avery returned back from her deployment. For her to come home and experience the second part of our pregnancy together and to experience the birth of our child was wonderful.”

Avery’s oath to protect and serve, which she takes very seriously, extends to both the military and the APD. But the silence imposed upon her under DADT and the homophobic epithets heard within earshot is something she’s not likely to forget despite the ban’s repeal.

“Even after (DADT) was repealed, I still didn’t feel comfortable, “ says Avery. “Going through my unit and hearing some of the things that people were saying. Yes, it was repealed but you still have to go to work with these people and you know what their true feelings are.”

The repeal of DADT was an important first step, but changing the culture to fully embrace LGBT service members within the armed forces is still a work in progress. Yet, Avery, Broadway-Mack and AMPA remain hopeful.

“Despite DADT being repealed, DOMA no longer an obstacle, and marriage equality now in every state, it is crucial that AMPA remain a voice and advocate for LGBT military families,” says Broadway-Mack.

“All across the country our members are being welcomed with open hearts and open minds, and most importantly are becoming an integral part of the military community.”