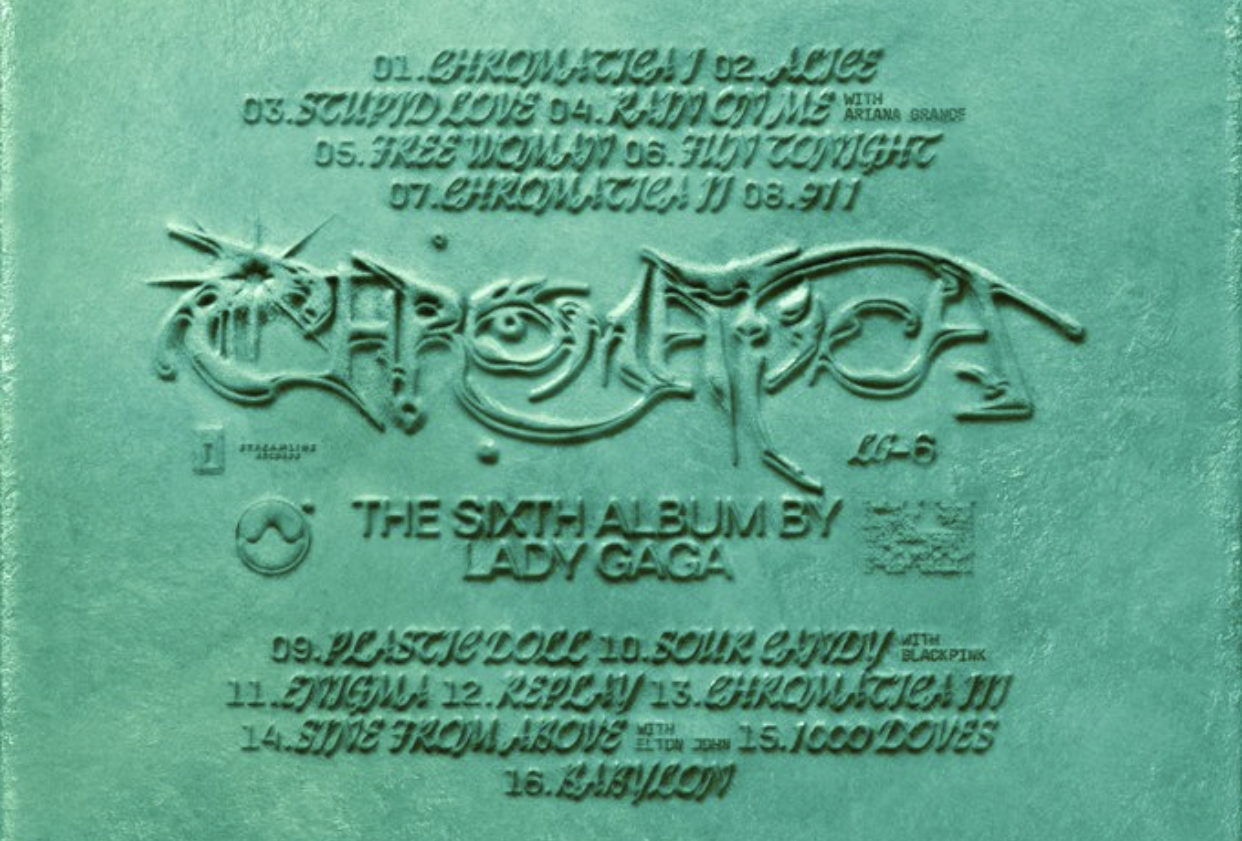 Lady Gaga released the track list for her upcoming album Chromatica, revealing collaborations with Elton John, Ariana Grande, and others.

On the heels of her wildly successful benefit concert with Global Citizen, Gaga shared the track list to her sixth album via social media. The album will have sixteen songs, including previously released tracks like “Stupid Love,” a song named after her Las Vegas residency show “Enigma,” and three versions of a tune called “Chromatica.”

Most notably, however, are the big-name collaborations to be featured on the album. Ariana Grande will feature on a song called “Rain on Me,” K-pop group BLACKPINK will make an appearance on “Sour Candy,” and LGBTQ icon Elton John will appear on “Sine from Above.”

The track list comes after an announcement Gaga made last month that she would push back the album’s release in light of the COVID-19 pandemic.

“I wanted to tell you, that after a lot of tough deliberation, I’ve made the incredibly tough decision to postpose the release of Chromatica,” she tweeted on March 24. “I will announced a new 2020 release date soon.”