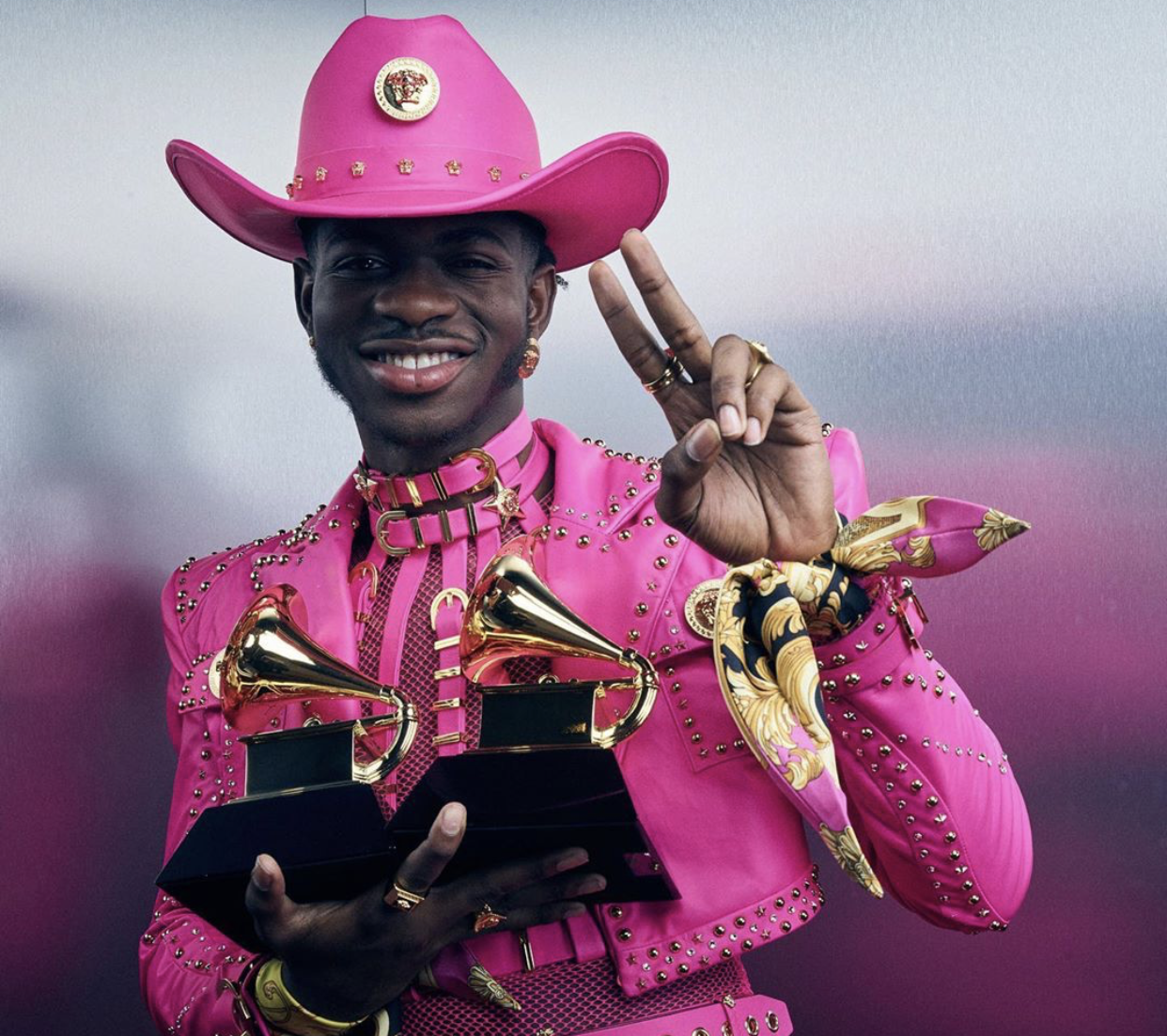 Lil Nas X and Other LGBTQ Celebs Rock the Grammys

Lil Nas X and other LGBTQ celebrities rocked both the ceremony and the red carpet at last night’s (January 26) 62nd Annual Grammy Awards.

Lil Nas X, who came out back in June after his song “Old Town Road” had gone viral, swept up, emerging as one of the night’s big winners. Lil Nas, who was one of the top three most-nominated artists along with Billie Eilish and Lizzo (who won four and three Grammys, respectively), took home two awards: one for Best Video and another for Best Pop Group Performance.

Lil Nas X’s wins were not the only splashes he made at the event. He also made his on-stage Grammy debut with a crazy performance alongside K-pop group BTS, viral yodeler Mason Ramsey, Diplo, Billy Ray Cyrus, and rapper Nas.

He also made his mark on the red carpet in a bubble gum pink Versace outfit, which included a cropped studded jacket over a mesh shirt and double-collared harness and, of course, his iconic cowboy hat.

Lil Nas was not the only one to rock the gay cowboy look on the red carpet: Billy Porter and Orville Peck both stepped out in glam, Western-inspired outfits.

Other queer artists who won big include Tyler, the Creator, who took home the award for Best Rap Album for “IGOR,” and Brandi Carlile, who was featured on Tanya Tucker’s Best Country Song “Bring My Flowers Now.”

Tyler opened up about “never [feeling] accepted in rap” during his acceptance speech and spoke more candidly about racism at the Grammys in the press room backstage.

“On one side I’m very grateful that what I made could just be acknowledged in a world like this,” he said. “But also it sucks what whatever we—and I mean guys that look like me—do anything that’s genre-bending or that’s anything, they always put it in a rap or urban category… I’m just like, ‘Why can’t we be in pop?’ Half of me feels like the rap nomination was just a backhanded compliment.”