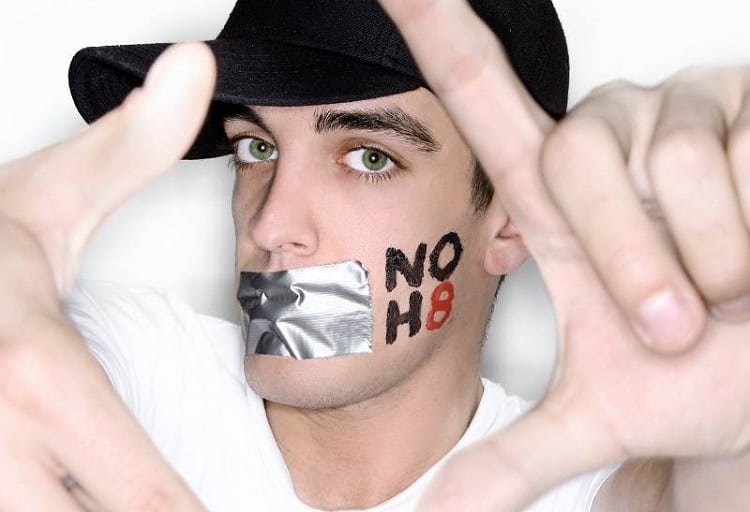 NOH8 Campaign hits Atlanta for a new round of flawless photos

The NOH8 Campaign may have formed back in 2009 as a rebuttal to the long-dead California same-sex marriage ban Prop 8, but the project lives on in 2015, with an Atlanta photo shoot scheduled for this Sunday, Oct. 4 at The W Midtown.

The campaign was created by photographer Adam Bouska as a silent protest to the ban. Celebrity participation and social media played a large role in making a phenomenon out of a remarkably simple idea: show up in a white shirt, get a “NOH8” temporary tattoo applied to your face, get duct tape put on your mouth, pose, and click. The photo is sent out several weeks later and people post on social media to their heart’s content.

The campaign has morphed in a post-marriage ban world into a project that promotes anti-discrimination and anti-bullying efforts.

“Meeting all the different people from all walks of life and hearing their stories about what NOH8 means to them is definitely one of the most rewarding things about this campaign,” Bouska tells Georgia Voice.

TRACE, The W’s restaurant, is getting in on the fun by offering brunch specials and complimentary valet service from 11:30 a.m. to 3 p.m.

But how much longer will the NOH8 campaign last?