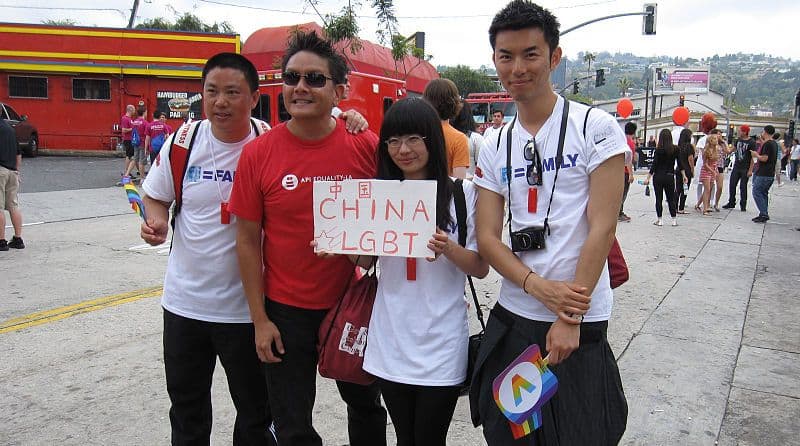 On August 28th, PLOS Medicine published the findings of a study testing the effectiveness of crowdsourcing campaigns in promoting HIV testing among men who are sexually active with other men in eight Chinese cities.

In June, the Chinese social media platform Weibo was pressured to stop classifying LGBTQ content as “undesirable” and likening it to violence and pornography, after cries of protest from users. The incident reflected the atmosphere surrounding LGBTQ issues in China and represented a rare case of censorship reversal. Foreignpolicy.com explained the reason for Weibo’s quick revision writing, “The government doesn’t particularly care about the issue, and the public does.”

Still, the study describes that despite rising HIV infection among Chinese men, the rate at which they receive testing are disproportionately low because of the cultural stigma surrounding homosexuality. During the outrage that followed the Weibo “cleanup” effort, the hashtag #Iamgaynotapervert circled on Chinese social media.

In 2017, the German housing website Nestpick ranked the best and worst cities for people who identify as LGBTQ. Shanghai and Beijing were at the bottom of the list. While China’s culture is not steeped in conservative Christianity, conversion therapy still prevails in China. The “treatment” often depends on techniques like electroshock treatment and hypnosis. According to a global survey in 2013, 32 percent of people in China under thirty believe homosexuality is acceptable, in contrast to only 15 percent of those over 50.

On May 17, the International Day Against Homophobia, Chinese college students stood up for the LGBTQ community by taking to the streets and wearing rainbow pins. However, their activism was not without resistance, as many were stopped and two women were even beaten by security guards. Academic advisers at Wuhan University told students that the movement was “held by an illegal organization that may collude with the Western powers.”

In light of this opposition, pro-LGBTQ groups in China must be careful about how they present themselves. Rather than openly support the rights of LGBTQ people, these organizations focus on public health issues including HIV/AIDS.

The PLOS study found participants both through Internet-based recruitment, and in person, at venues known as meeting places for gay men. Participants then came to a CDC office to complete a questionnaire and have a blood draw. The survey asked for demographic information then assessed the participant’s HIV awareness. The study’s results contrasted with the Chinese government’s efforts to expand HIV testing and discovered that the government has not been effective in getting gay and bisexual Chinese men to receive testing possibly explaining the frequency of late diagnosis across the population. The scientists’ use of the Internet and community engagement resulted in a higher rate of diagnosed cases than among men not involved in the study.

After he was told by school officials that the LGBTQ movement was Western-manipulation and therefore unpatriotic, a gay Chinese student named Kun (he withheld his full name) told The Diplomat, “It sounds ridiculous. I start to think maybe I should move to other countries, some places that are more friendly to us. I love my country, but I don’t know how should I react to this.”