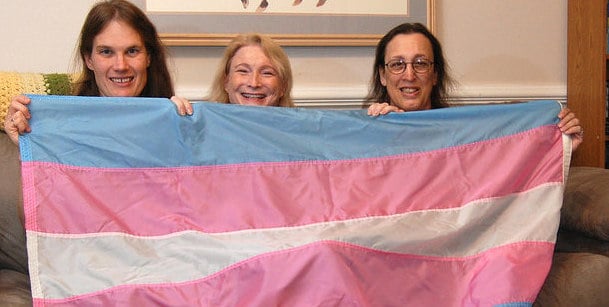 Atlanta transgender activist Monica Helms, the creator of the transgender flag, will donate the original flag to the Smithsonian’s National Museum of American history today.

This same flag has been used at many local Transgender Day of Remembrance ceremonies and also been used to lead the Atlanta Pride parade for many years. 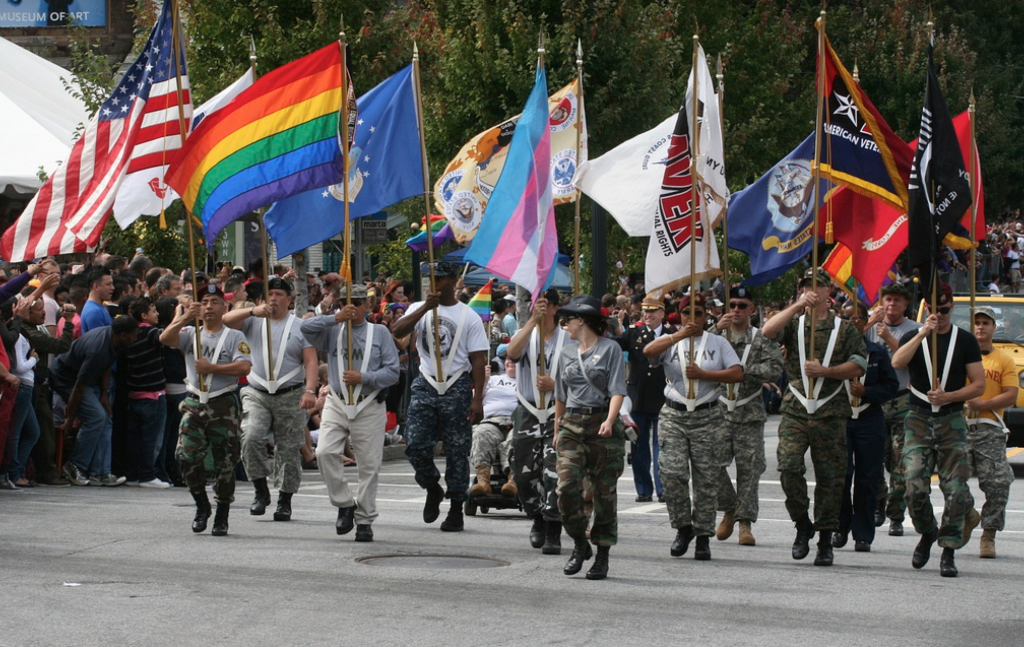 “I’m totally amazed. This is an honor for the entire trans community,” Helms tells the GA Voice. “I’m not going to take all the honor. All I did was create the idea, but if the trans community didn’t embrace it, it wouldn’t have become as popular.” Helms is also donating a Transgender American Veterans Association button and a TransParentDay.org rubber wrist bracelet.

Helms’ donations are part of the museum’s mission to add to a collection of LGBT history to include materials from the popular TV show “Will and Grace,” Renee Richards’ tennis racket as well as the diplomatic passports of U.S. Ambassador to New Zealand and Samoa David Huebner and his husband, Duane McWaine.

Helms is delivering the flag to the Smithsonian today and will participate in an official donation ceremony. Those attending the donation ceremony include Huebner and McWaine; “Will and Grace” creators David Kohan and Max Mutchnick; Washington, D.C., photographer Patsy Lynch; Florida photographer Silvia Ros; Mark Meinke, LGBT historian and activist; and representatives from donor organizations: Gay, Lesbian, Bisexual and Transgender Community Center of Baltimore and Central Maryland and the DC Cowboys.

“The pursuit of civil rights in America is woven throughout our history,” said John Gray, director of the museum, in a prepared statement. “It is a tale of struggle and accomplishment as the nation strives to fulfill its ideals. We are grateful to our donors for assisting us to fulfill our mission to help the public understand the past in order to make sense of the present and shape a more humane future.”

Helms tells the GA Voice she contacted the Smithsonian a year ago about donating the transgender flag she says she believes she designed on Aug. 19, 1999—15 years ago today—and debuted the flag at Phoenix Pride in 2000. It is that same flag that is is being donated to the Smithsonian today.

“I was a conference for Bi Net USA many years ago and the person who created the bisexual flag said the trans community needs a flag,” Helms says.

One morning Helms came up with an idea for the design and sent off for swatches from a flag-making company in Florida. She picked the materials she liked and the flag company sewed her the flag she designed.

“And that’s the one I still have and is going to the Smithsonian,” she says.

The Smithsonian’s collection also includes several items from Renee Richards who came as transgender in the mid-1970s. She was denied entry into the U.S. Open in 1976 by the United States Tennis Association which said only “women-born-women” could play. Richards sued and the New York Supreme Court ruled in her favor in the 1977 landmark decision. She was born Aug. 19, 1934 and celebrates her 80th birthday today.

For Helms, the Smithsonian’s acceptance of the transgender flag as well as items from her military career is a historic moment itself.

“I get to be someone who has created history and get to watch that history being saved. I think the trans community needs to be proud that we have something in the Smithsonian for them,” Helms says. “I’ve just been the caretaker for this flag for all these years.”

This is the speech given today by Helms at the donation ceremony:

Thank you Director John Gray, Katherine Ott, Jennifer Jones and Valeska, Hilbig for all that you have done to make this moment possible.

This is a historical honor for all transgender and gender non-conforming people across our country. We have always been part of America’s history since the beginning, yet we have also been marginalized the entire time. Now, the Smithsonian and the American Government are saying that our history is worthy of being displayed, along with that of our fellow Americans. The Transgender Pride Flag was created to give our community a unique symbol for us to show that we are proud of who we are. Not only have trans people in America embraced the flag, but trans communities in other parts of the world have also embraced it. If weren’t for them we would not be here today. The honor goes to the people of the world’s trans community. Transgender and gender non-conforming people of America are truly part of this country that we all love.

And, since the Smithsonian will be displaying items from my military career, they are also acknowledging that we have contributed to the security of our country since the Revolutionary War. We only hope that the Department of Defense and President Obama hears this message and allows transgender and gender non-conforming people the right to serve openly in the military, like our gay, lesbian and bisexual brothers and sisters are doing today. Thank you for this honor.