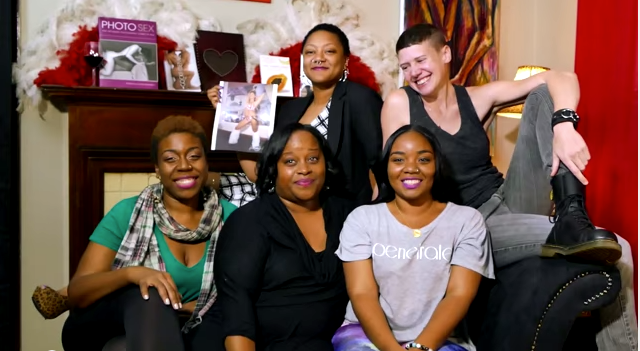 People from across the country are coming to the Deep South for a one-of-a-kind sex conference that combines education with plenty of playtime.

“We have these other sex conferences, on polyamory and also Frolicon, but we want Atlanta and the South to be on the map as a place of learning and being advanced in our sexual learning despite living in the Bible Belt,” says Marla Renee Stewart, who founded the conference with Tia Marie.

Stewart has studied human sexuality for 13 years and is a professional sex, intimacy and relationship educator, and owner of Velvet Lips LLC. Tia Marie has been studying sexuality and eroticism for more than a decade.

ATL not under a ‘repression cloud’

New York and San Francisco are known for their robust sexual communities, says Stewart, who identifies as queer. And it’s time for Atlanta to be included with these cities.

“I want people to know we are here, we are judgment free, we are learning about our sex lives, and to push people to be more accepting of their bodies and sexualities,” she says.

Close to 300 people are expected to attend the conference; many from all over the South, but also coming from as far as Canada, California, Texas and Michigan.

Marie and Stewart say it’s time for the rest of the world to understand that living in Atlanta and the Bible Belt is not about living under a “repression cloud.”

“In Atlanta, there are a lot of sexuality groups. They may not know each other. We chose to have this conference here, where we are, so these groups can meet each other,” Marie says.

Sex for those with disabilities

Offering workshops on sex to those with disabilities was core to developing the conference.

One workshop will teach those with disabilities how to “adapt and use cool products to get your groove on and be SexAbled!”

Dr. Mitchell Tepper of Atlanta, who broke his neck in a 1982 diving accident and is now a sexologist, recently published his book, “Regain That Feeling: Secrets to Sexual Self-Discovery.” He will be presenting a workshop titled, “You Don’t Have to Break Your Neck to Be a Great Lover!”

Stewart says he is a preeminent researcher on pleasure and orgasm for people with spinal cord injuries.

“Sometimes folks with disabilities get left out of mainstream audiences. We wanted to make sure we captured all sexual beings,” Stewart says.

From kink to reproductive justice

The conference will also be separated from the general public at the host hotel, allowing for hands-on workshops to take place.

“Fantasize No More: Tips & Tricks for Exploring the Trans Body” is an introduction to how to have sex with a trans person, and will include a live demonstration.

“I do hands on workshops [with Velvet Lips LLC]. I wanted to bring that to our conference,” Stewart says.

“We wanted our conference to be more than just talking about something,” she says. “We wanted to give people something practical they can use in their everyday lives.”

“You know, you go to a sexuality conference and they might have some diagrams on a board. I put it out there that, “Hey, this is what I do. I want other presenters to bring it here.”

All workshops are educational but not boring, stresses Stewart. Others include: “Engaging Men in Ending Sexual Violence”; “From Sexual Trauma to Health”; “Making Open Relationships Work”; and “Navigating Your Sex Life with Reproductive Justice.”

The conference closes with a “Big Bang” party.

“We wanted something that was sexuality based and entertaining. We also wanted people to learn from it,” Stewart says.

“There is not a sex conference quite like ours,” Marie adds. “Other conferences may focus on something specific. Ours spans the gamut of what sexuality can bring to the table.”

Sex Celebs
Other people speaking at the conference and presenting workshops:

• Devi Ward—Ward is a tantric healer and host of the radio show, “Better Love and Sex with Devi Ward,” that airs Thursdays on Contact Talk Radio.

• Amy Jo Goddard—Goddard is a sexual empowerment expert and travels around the country teaching classes “that help people connect the dots around sexuality and money, expand their creativity, grow their confidence and learn to be bigger in their relationships, in business and in the world.”