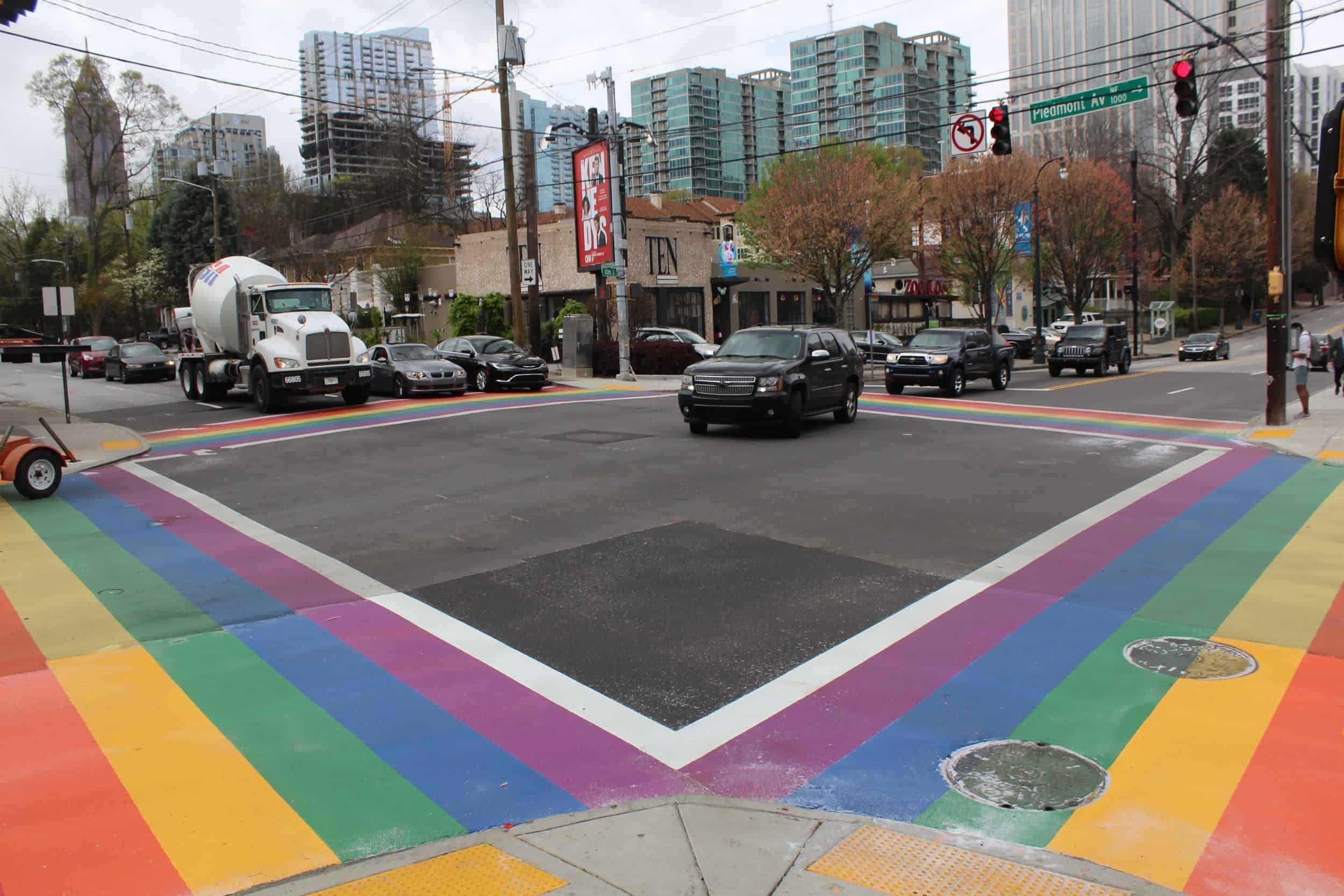 Order has been restored at 10th and Piedmont.

A Feb. 27 resurfacing job by the city of Atlanta’s Department of Public Works left one corner of LGBTQ Atlanta’s beloved rainbow crosswalks paved over. A city spokesperson told Georgia Voice at the time that restoration would be done in 30 to 45 days.

Looks like they hit the shorter end of that timetable as the crosswalks are now fully restored.

The $196,000 project was completed last July, and city officials said at the time that the life expectancy of the crosswalks is 10 years.