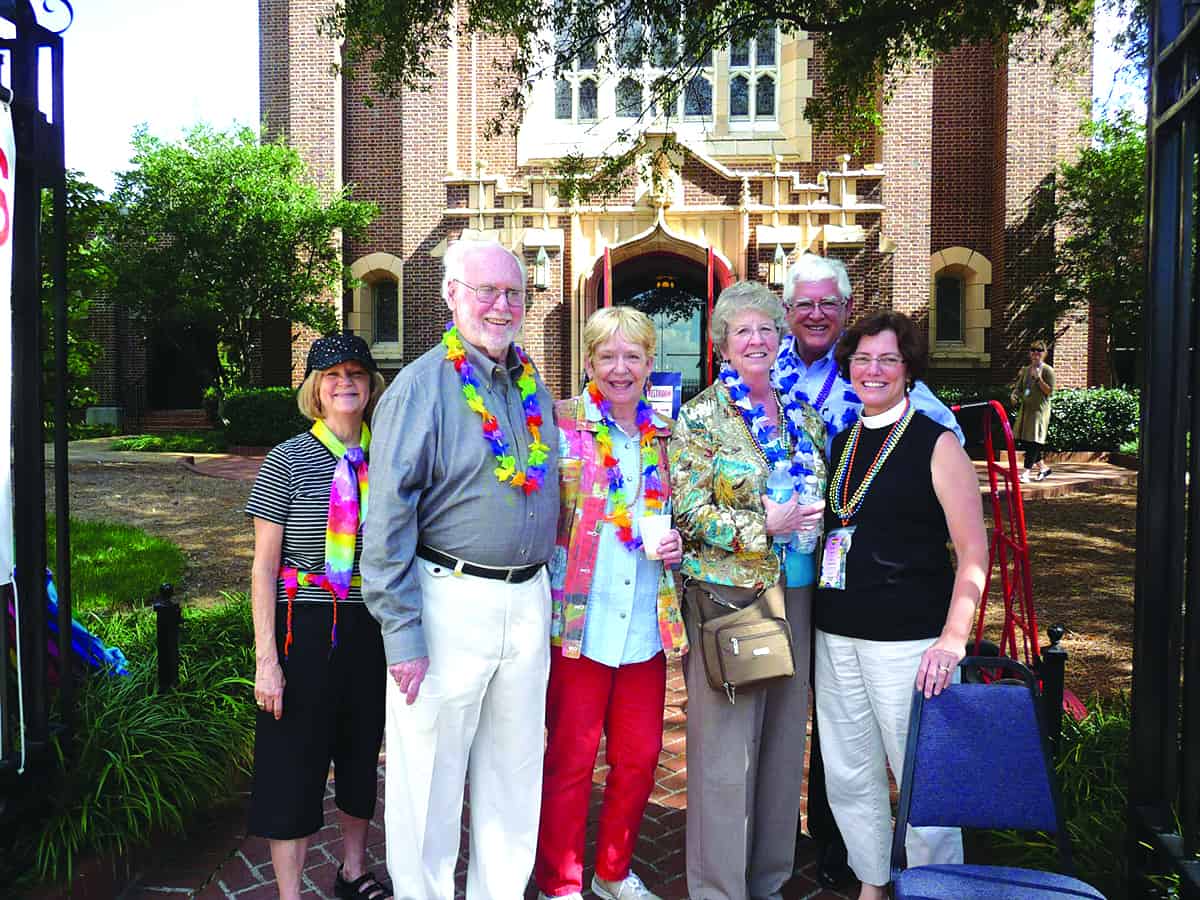 Rev. Liz Schellingerhoudt of St. Luke’s Episcopal Church knows mainstream churches get a bad rap — many times rightfully so — when it comes to LGBT people. For many, many years, pastors have preached hate from the pulpit, causing spiritual pain among gay Christians that sometimes can never be healed.
As the associate pastor for Outreach and Pastoral Care at St. Luke’s, Schellingerhoudt says she always felt a calling toward the ministry and was ordained in 2009. She has been serving at St. Luke’s for nearly four years.

And St. Luke’s track record of affirming LGBT congregants is a solid one.

“St. Luke’s has a long history of being a welcoming and affirming church, as do other Episcopal churches in this area. We don’t have any special groups for LGBTQ members at St. Luke’s. All of our members are invited to participate fully in the life and leadership of the church, and our LGBTQ members are integrated into the life of the parish and serve in many meaningful ways,” she says.

“In the Episcopal Church, we express our call to live out the Christian faith through the vows we make at our own baptism, and we renew those vows every time we hold baptisms. In the vows, we promise to ‘seek and serve Christ in all persons’ and to ‘strive for justice and peace among all people, and respect the dignity of every human being.’ All people means all people, regardless of how we may or may not be alike. Diversity is a reflection of God’s creation, and is to be honored and celebrated,” she adds.

GA Voice asked her a series of questions on what she hopes to see from mainstream churches when it comes to the acceptance of LGBT people.

There has been some major headlines and strides forward with the election of the first gay bishop, Gene Robinson. But there was also blowback. What has been yours and St. Luke’s way to handle some of the negativity surrounding being an affirming church? What is it like to try to work with the Anglican Church to resolve differences of beliefs?
As I mentioned above, St. Luke’s has a long history of being a welcoming church. For years, we have had a water station for the Atlanta Pride Parade, which passes by our front door. That does not mean that all members agree with one another, however in true Anglican tradition, we come to the table to celebrate the Eucharist together rather than splitting over differences of opinion. We also remember our vows made and renewed at baptism, to respect the dignity of every human being, and we provide the same warm welcome to anyone who enters our church.

How many members do you have in your church? How many do you think identify as LGBT?
Our membership tops 2,000. As I said above, we do not in any way segment members who are LGBTQ from other members, so I have no way to answer your question with numbers. I can say that we have many members, male and female, who identify themselves as LGBTQ – they are single, partnered or married, with or without children, younger and older, as well as several members in the process of transitioning. There are enough members who identify as LGBTQ that they can be found in every aspect of parish life, are known and loved by the parish. They are first and foremost members of our parish family, though, and not seen as our “LGBTQ members.”

What do you say to LGBT people who say there is no room for them in Christianity because of the history of anti-gay rhetoric from the pulpit?
Regrettably, people in the church have caused great pain for LGBTQ persons, and a lot of the condemnation has come from the pulpit. The Church is capable of making terrible mistakes, and this is a good example. The Church is in need of repentance and forgiveness for this violence. That said, there is room for all people in Christianity, because the relationship is first and foremost with a loving and trustworthy God who affirms everyone in his/her creation. It would be my hope that persons who have been wounded by the church can find a church that reflects God’s welcome of them as people who are thoroughly loved by God. The Episcopal churches in the Diocese of Atlanta are good examples of mainline denomination churches that are affirming and safe to visit.

Has your church been the target of any hate because it is affirming?
Our front sign was “tagged” last year during the Pride Parade, but nothing other than that.

What do you believe is the future of Christianity when it comes to LGBT people — there are many mainstream issues struggling with the issue. Will more and more become more accepting as a newer generation comes to power, similar to what is happening in our overall society?
The image that comes to mind is a service we held last summer at St. Luke’s with a newly approved liturgy for the Blessing of a Same Sex Union. It was for a couple in our parish who have been together for 25 years. There were over 300 people present, and the movement and joy of the Holy Spirit was palpable. I hold that picture as a vision of the future for all persons. I hope that others can experience the same joy that comes from affirming people in their lives together, regardless of the gender construct of the couple.

As for the Anglican Communion, it is not wholly against LGBTQ persons. Some media reports have portrayed the struggle as the Episcopal Church against the world, which is not the case. There are many countries, some in Africa in fact, who agree with us more than they disagree. The Anglican Communion is not guided by a hierarchy or an agreed-upon set of beliefs, but is an association of churches who trace their roots to the Church of England. The Episcopal Church is a part of this historic body and we have an important voice in this and other conversations (for example, the ordination of women), so my personal hope is that we remain at the table.