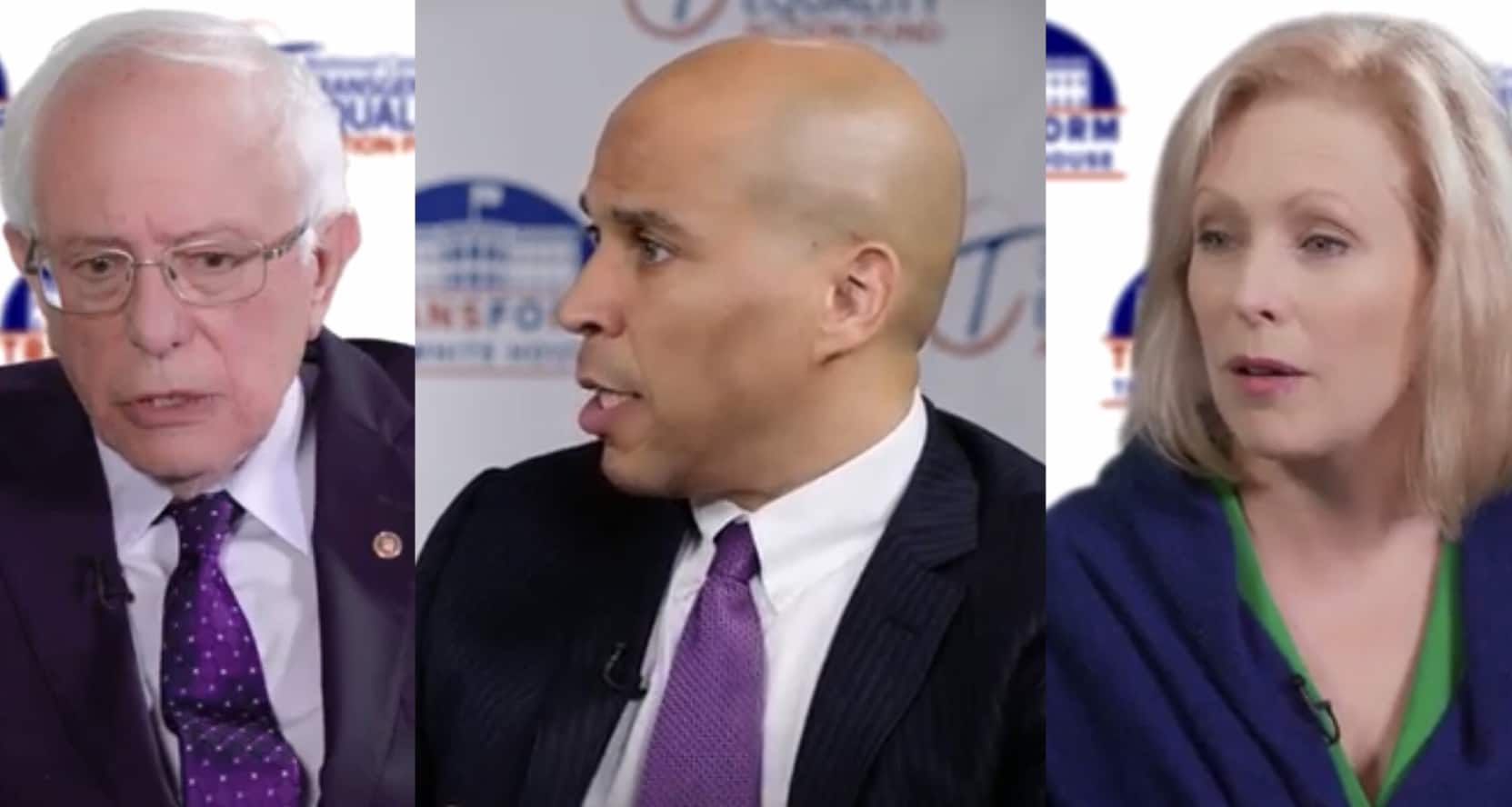 “It’s important for trans people to hear directly from the candidates themselves, what the candidates are thinking around a certain cluster of issues,” said NCTE executive director Mara Keisling.

Keisling interviewed the candidates and inquired into the new “Conscience Rule” from the Health and Human Services that would allow healthcare workers, doctors, hospitals, and health insurance companies to refuse service on moral or religious grounds. Critics claim this will prevent LGBTQ people, specifically trans people, from receiving medical service because of discrimination. Keisling said the candidates were “extremely aware” of the issue and “seemed committed to see trans people were protected.”

“The discrimination from insurance companies to discrimination from employers who want to use religious exceptions and deny people fundamental basic healthcare is unacceptable to me,” Booker said. “It shows you how much further we have to go to stop the backsliding of this administration, but more importantly to advance and gain ground until we have equal healthcare access for all.”

“I want other Democrats to be put on notice that these are issues they need to lead on,” Gillibrand answered. “And that’s why we introduced the most comprehensive platform for LGBTQ Americans, taking on the issues of healthcare, safety and security, anti-discrimination, banning conversion therapy, allowing an ‘X’ gender marker for anyone, for birth certificates, for driver’s licenses.”

Sanders touted his ongoing support of the LGBTQ community.

“Quite early on, I was a supported of the LGBTQ community,” he said. “It is also a record and an agenda that speaks, not just to the trans community, but to the American people.”

Keisling also touched on the epidemic of trans violence in America, with 16 trans people being targeted and killed in 2019 alone. Booker addressed the violence, while also touching on his personal familial connection to the transgender and non-binary community.

“I will be a president that is very aggressive in calling out these issues [of trans violence] and putting forward the best of who we are to stop this kind of targeting, harassment, violence, and murder,” he said. “There are so many areas where just your physical safety, if you’re a trans American, is under threat in this country right now. And I won’t tolerate it.”

Booker also talked about his brother’s child, a trans activist identifies as non-binary. He said he called them his “nie-phew, which is a combination of niece and nephew.”

“[They have] helped their uncle be someone who is more aware of specific issues facing trans youth in schools today,” he said. “I hope that one day very soon – let’s call it maybe less than two years – that… my nie-phew and other great trans leaders in the youth community have a seat at the White House to talk about issues.”

Thank you @SenBooker for sharing your personal story and being supportive of your family and the LGBTQ community. https://t.co/qWAgJNwdG7

More TransForm the White House interviews with other candidates will continue to roll out throughout the primary season.