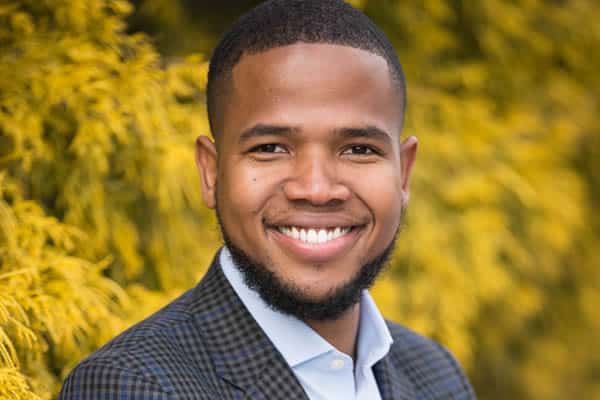 Gabriel Acevero made history on Nov. 6, 2018, when he became the first openly gay man of Afro-Latino descent to be elected to the Maryland General Assembly. He took office on Jan. 9, the first day of this year’s legislative session and now represents House District 39.

Acevero told the Washington Blade in February 2018 he was running to “expand opportunity.”

One year later, his priorities have not shifted, and he is particularly focused on LGBT issues.

A labor organizer for the United Food and Commercial Workers (UFCW) and a long-time campaigner for marriage equality in Maryland, Acevero is no stranger to politics, but he says there’s something different about serving in the legislature.

“I’m excited that I’m a part of the decision-making process and I’m in the rooms where policies and programs that impact Marylanders, and more specifically LGBTQ Marylanders, are made,” Acevero told the Blade in a telephone phone interview on Sunday.

He believes his work with the UFCW and his previous LGBT activism have informed the approach he takes to his position in Annapolis.

“The LGBTQ community is a community that is economically oppressed,” Acevero said. “One of the most important conduits for workplace change and community change is unions … Being a union organizer and working to change the material conditions of workers in the workplace to now being able to legislate and strengthen collective bargaining laws at the state level is exciting.”

Acevero is a member of the House Appropriations Committee and the LGBTQ Caucus in the Maryland House.

He says his priority in the Appropriations Committee is to “ensure that our morals, our values and our priorities as a community and as a state are reflected in our state’s budget.” In practice, that means making certain that a significant portion of funding for the Ending Youth Homeless Act of 2018 in Maryland is allocated to homeless LGBT youth, who make up 40 percent of homeless minors nationally.

Acevero also recently introduced a bill that would lay the groundwork for universal basic income in the state. The bill would establish the Maryland People’s Fund, which would collect revenue from the tax on the sale of medical marijuana and eventually redistribute that money to state residents.

“It’s a form of social security, and it is one of the most transformative policies that we can enact at the state and federal level to put a dent in extreme poverty,” Acevero said.

He cited Alaska as an example of a state that has used a universal basic income to reduce income inequality for years.

“Alaska has had universal basic income since the 70s.” said Acevero.

As a member of the LGBTQ Caucus, Acevero is pushing legislation that would update state ID laws to allow for gender self-identification and a gender-neutral option on driver’s licenses.

“This is a critical issue for our trans and gender non-conforming siblings because that is one of the barriers to economic mobility, ensuring that you are recognized by the state and by your employers as the individual that you identify as and with the preferred pronouns,” Acevero said.

He is also working with the caucus to expand access to PrEP for HIV prevention among LGBT youth.

“We’re working on legislation this session that would allow for minors to get information about as well as access to PrEP,” Acevero said. “We are ensuring that they’re being sexually healthy.”

Beyond HIV prevention, Acevero is hoping to increase police accountability and reduce police violence — which remains an LGBT issue, he says.

“Police violence is one of the issues that I believe impacts not just communities of color but the LGBTQ community as well,” Acevero said. “Marsha P. Johnson used to fight the police in New York City. Our movement started when our community was tired of the police violence and mistreatment [we] were facing.”

Acevero introduced a bill he calls “Anton’s Law,” named after Anton Black, a black teenager who was killed in police custody in Maryland.

The bill seeks to increase “transparency and accountability in police-involved death situations.”

A lot of the issues to which Acevero is dedicating his time are LGBT-related. Many are also youth focused. At 28-years-old, Acevero is a millennial and one of the younger members of the Maryland House. He says he has faced ageism but enjoys proving doubters wrong.

Most of all, Acevero is wearing his identity on his back as he approaches his new role in the state legislature.

“As a millennial, as someone who is immigrant, queer, Afro-Latinx, I think how I identify enriches the conversation and adds to the public policy debate,” he said. “I do not check any of my identities at the door, whether I’m in committee or on the floor or meeting with constituents or speaking with advocacy groups.”

Trump ‘is emboldening not only bigots’

Acevero during the interview also sharply criticized President Trump on a host of issues.

“The Trump administration is emboldening not only bigots but those who support regressive policies, such as regressive tax policies where we continue to give tax dollars to the wealthy few,” Acevero told the Blade. “We see that in the type of legislation that is introduced this session. We have seen the most amount of anti-reproductive-rights legislation introduced in the Maryland General Assembly. We’ve also seen renewed attacks on workers’ rights.”

“The Trump administration is assaulting workers’ rights,” he added.

Acevero also told the Blade that state lawmakers “are being emboldened and introducing ‘work for less’ legislation.”

“We are seeing state legislators are advocating for regressive policies, such as a ban on local jurisdictions raising their minimum wage,” he said. “What I would say for the impact of the Trump administration on Maryland is that it is emboldening supporters of regressive policies, and I think it’s also an opportunity for us as progressives to organize across our communities to ensure that we’re pushing a progressive agenda that leaves no one behind.”