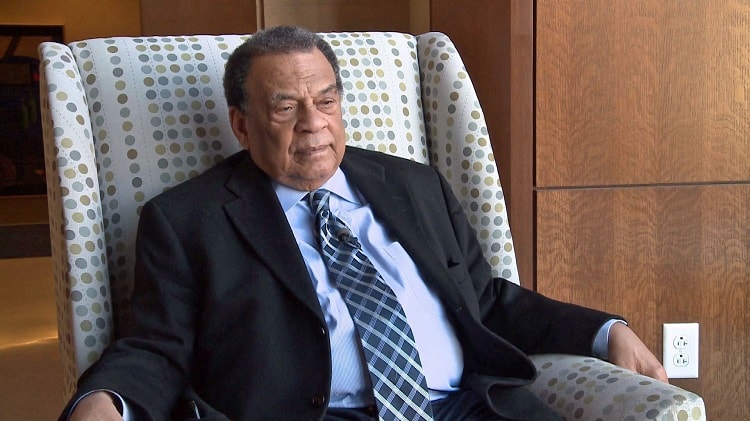 U.S. Ambassador and former Atlanta Mayor Andrew Young, who is also a minister, thinks Kelvin Cochran needs to go back to Bible study.

Young, after being asked by V103 morning news anchor Maria Boynton about Mayor Kasim Reed’s handling of the Cochran issue, said that people who use the Bible to attack gay people don’t understand the Bible and that the people Jesus Christ wanted to send to Hell were “the good church people who are so righteous and hypocritical.”

The question and answer below.

You’re a minister. How do you think the mayor has handled the Kelvin Cochran situation?

“I believe as a minister that the Bible recognized gender diversity. So I think people who use the Bible to attack homosexuals don’t understand the Bible. Go to Matthew, the 19th chapter of the 11th verse, where Jesus talks about marriage. In the end he finally says, ‘But, there’s something that you need to understand, that some people are born eunuchs. Others are made eunuchs by men. Still others become eunuchs for the sake of the kingdom. Let those who understand, understand.’ Now to me that’s an acceptance of gender diversity. Also I never saw anywhere in the Bible that Jesus condemned people. Jesus was very accepting of people who were different and he was always a defender. The people that Jesus wanted to send to Hell and that we probably have to pray for are the good church people who are so righteous and hypocritical that they don’t think they need Jesus’s grace and mercy.”