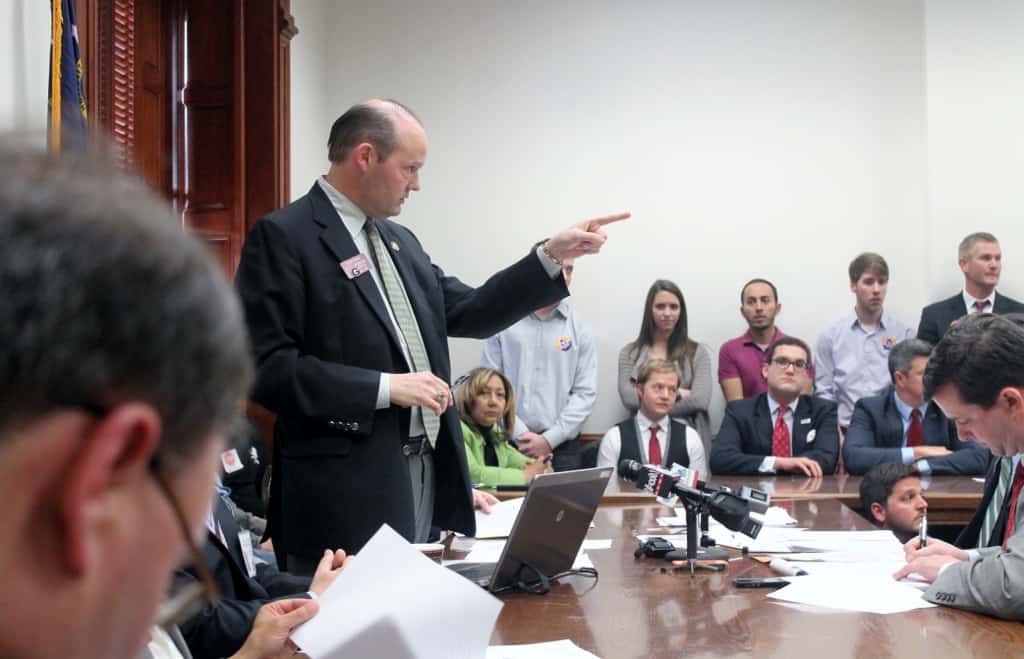 The Georgia House and Senate bills, both titled the “Preservation of Religious Freedom Act,” appear dead in both the House and the Senate, according to political insiders.

“Friends, as of close of business today neither HB 1023 nor SB 377 are on the calendar for crossover day. The general assembly is out until Monday. It ain’t over til it’s over but this is as good as it can get right now. Many thanks to all of you who shared posts, came down, made calls, volunteered to testify on late notice. Maggie Garrett from Americans United for Separation of Church and State flew down on a moment’s notice twice to help. And Shelley Senterfitt, all around great ally, was in the trenches the whole way. And please thank the business community, our chamber of commerce leadership, democratic caucuses and many republican leaders who understood the terrible implications for Georgia and Georgians if these were to pass. Nothing is finished until it is finished. But this weekend we have some thank you letters to write. And first on the list to thank is Jeff Graham and Georgia Equality for being vigilant and leading the charge. What a week!”

Intercontinental Hotel Groups, owners of Holiday Inn and Crowne Plaza among others, slammed the bills in a public statement today. Last night, Delta Air Lines also issued a statement condemning the bill that is also similar to the anti-gay bill passed in Arizona.

“Shame on us if we allow this body to be bullied into in action on this very important issue,” said McKoon. “There is a very loud, but small minority who wishes to remain willfully ignorant of the plain language of this legislation. Or worse, is intentionally misleading the public on what this legislation does,” according to WSB radio.

However, nothing is completely final until Monday at midnight, when what is known as Crossover Day passes and neither bill makes it to the other chamber.