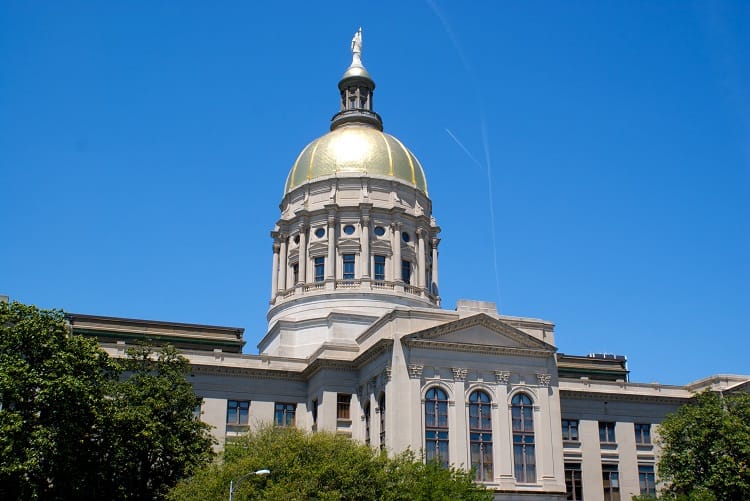 Before the legislative session kicked off in January, one of the major changes making headlines is that Crossover Day moved to Day 28 of the session — Friday, March 3. This is the final day one chamber of the General Assembly can pass legislation on to the other. Bills that don’t receive a vote and pass from the House to Senate, or vice versa, by the end of Day 28 cannot become law in 2017. However, because this is the first year of a two-year cycle, unresolved bills can continue to progress during the 2018 legislative session next January.

House Bill 488: Housing, public accommodations and employment
Author and sponsors: Stacey Evans, Karla Drenner, Pedro Marin, Sandra Scott, Sam Park, Park Cannon
Key components: To expand and clarify comprehensive civil rights laws protecting individuals from housing, public accommodation and employment discrimination; add anti-discrimination protections based on sexual orientation and gender identity to relevant sections of the Official Code of Georgia
Words from the wise: “I’m proud to stand with Rep. [Sam] Park and a number of my colleagues [with] bipartisan support, for a study committee to make sure we have comprehensive civil rights protections for all Georgians. At the same time, some of us would like to move forward a little bit quicker. I’m also introducing, with some of my colleagues, a bill to create civil rights protections for all Georgians.” — Rep. Stacey Evans
Bill status: House second reader on Feb. 27
Read the bill | Background check

Senate Bill 119: “Georgia Civil Rights Act”
Author and sponsors: Lester Jackson, Vincent Fort, Horacena Tate, Valencia Seay, Steve Henson, Michael Rhett
Key components: To expand and clarify comprehensive civil rights laws protecting individuals from housing, public accommodation and employment discrimination; add anti-discrimination protections based on sexual orientation and gender identity to relevant sections of the Official Code of Georgia; expand the role of the Commission on Equal Opportunity to investigate civil rights discrimination claims and lay fines as necessary
Words from the wise: “[The bill] will provide a way for us to have a better conversation about how civil rights is inclusive of LGBTQ+ rights and how we’re working together here. I hope that this is a message that comes out from us to our constituents that we hear your concerns and we’re working hard to make sure that everyone is protected here in the state of Georgia.” — Rep. Park Cannon
Bill status: Referred to Senate committee on Feb. 7
Read the bill | Background check

Senate Bill 233: Preservation of religious freedom
Author and sponsors: Mary Harbin, Jesse Stone, Chuck Payne, William Ligon Jr., Steve Gooch, Michael Williams
Key components: Reference the federal religious freedom accommodations in state law
Words from the wise: “Sen. [Josh] McKoon and some other individuals pushed the idea last year of just basically copy and pasting federal RFRA or somehow incorporating it by reference, which is what this bill is today. It’s a very strange thing to do, to incorporate federal law into state law by reference.”— Congressional scholar Anthony Kreis
Bill status: Voted on by the Senate Feb. 22, did not pass (34 “nay” votes to 18 “yea”); referred to committee
Read the bill | Background check