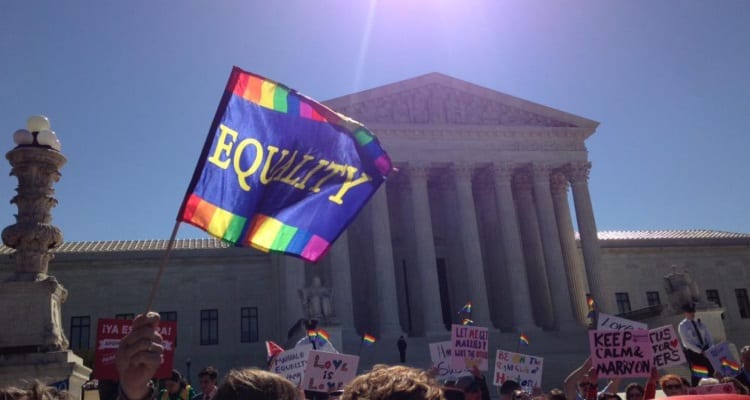 As a U.S. Supreme Court decision on the issue of marriage equality looms, plans are starting to take shape about where people will gather in Georgia to either celebrate or lament. And while huge crowds are expected to descend on the intersection of 10th and Piedmont in Midtown, that’s not the only spot to be on the big day.

Georgia Equality appears to be the first out of the gate with plans for rallies across the state, with one event planned in Atlanta at the National Center for Civil and Human Rights and another in Augusta at the Richmond County Courthouse. Events in Athens, Columbus and Savannah are also in the works and soon to be announced according to a Day of Decision page recently added to Georgia Equality’s website.

Georgia Equality executive director Jeff Graham says the rallies will happen no matter what the Supreme Court’s decision is, and that while they’re still finalizing details for the Atlanta event, there will be attorneys with Lambda Legal and some of the plaintiffs from the Georgia same-sex marriage case in attendance.

While the court may issue its decision at any time, most court experts think the big announcement will come at the end of the term in late June or early July. And while many experts predict a ruling in favor of marriage equality, it’s going to be close, with Justice Anthony Kennedy’s vote predicted to be the swing vote.

Beth Littrell, attorney for Lambda Legal who are representing the plaintiffs in the Georgia same-sex marriage lawsuit, addresses what the court ruling will mean for Georgia couples in this recent story. The legal group filed a response with the U.S. District Court for the Northern District of Georgia in January saying they did not oppose the state’s motion to stay a ruling in the case until after the U.S. Supreme Court decides.