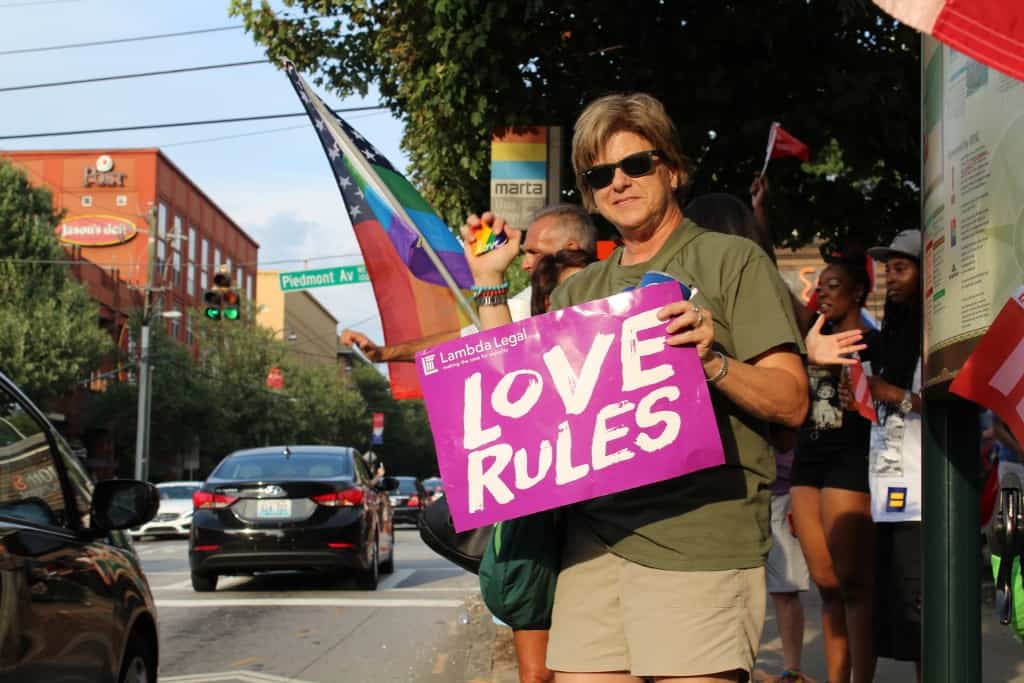 The Georgia Department of Revenue updated its guidelines to allow married same-sex couples to file joint tax returns and possibly even file amended returns if they were married in a different state during the past three tax years.

"If, on or before the date of this notice, a lawfully married same-sex couple filed Georgia income tax returns as though they were not married, or had their Georgia income tax returns adjusted by the Revenue Department based on treating them as not married, those persons may file amended Georgia income tax returns under the rules that applied for the tax years in question to lawfully married opposite-sex couples," the memo continues. "Whether a refund claimed on such an amended return can be paid will depend on the statute of limitations, which requires that such a claim be filed within three years of the later of the date of payment of the tax to the Revenue Department or the due date (including any extensions granted) for filing the original return for that period."

The Department of Revenue's action was one of the final steps made to reflect the U.S. Supreme Court striking down same-sex marriage bans nationwide.

"This means that those taxpayers waiting to file 2014 as joint may do so now," says Mercedes M. Pasqualetti, general manager of HLM Financial Group. "Also, if any couples filed as single but were married in the most recent three open years, then they could possibly file an amended return to claim a refund. Depending on the tax situation for each couple, this may or may not make sense. They should consult their tax advisor."