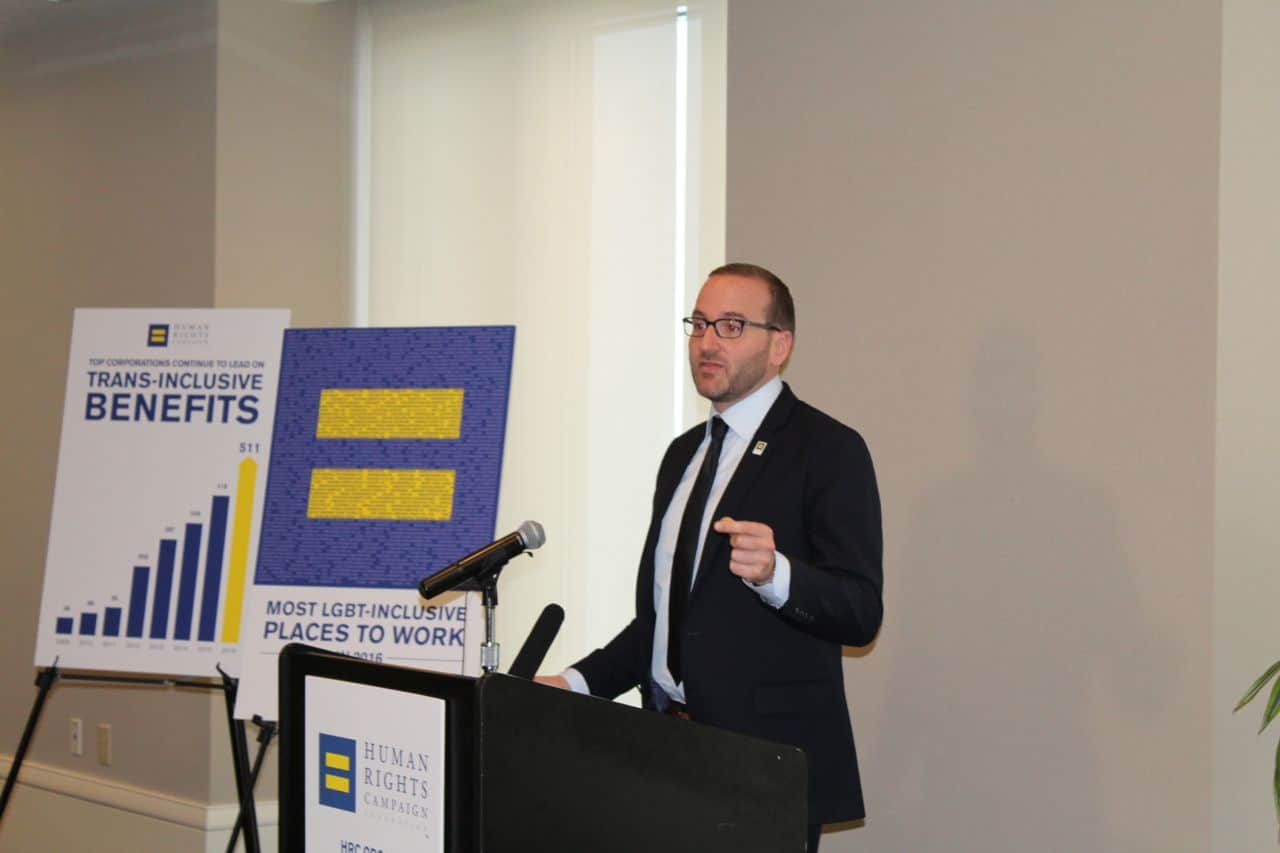 The results of The Human Rights Campaign’s (HRC) annual Corporate Equality Index (CEI), a national benchmarking tool on corporate policies and practices related to LGBT workplace equality was announced during a press conference in downtown Atlanta on Wednesday.

Chad Griffin, President of HRC was on hand to deliver remarks on the findings of the annual report.  In total, 851 companies were officially rated in the 2016 CEI, up from 781 in the 2015 report. The average score for companies and law firms based in Georgia is 82 percent. Of the 24 companies ranked, 13 earned 100 percent, 3 earned 90 percent or above, and 1 earned 80 percent or above.

“Atlanta was the first city in the deep South to score a perfect 100 on HRC’s Municipal Equality Index,” says Griffin. “While support for LGBT workers is growing in the U.S. and around the world, too many companies still fail to guarantee basic, vital workplace protections that allow employees to bring their full selves to work,” Griffin adds.

The 2016 CEI unveiled that a record 407 businesses earned a top score of 100 percent and the distinction of “Best Places to Work for LGBT Equality.”

The full report, including a searchable employer database is is available online at www.hrc.org/cei.