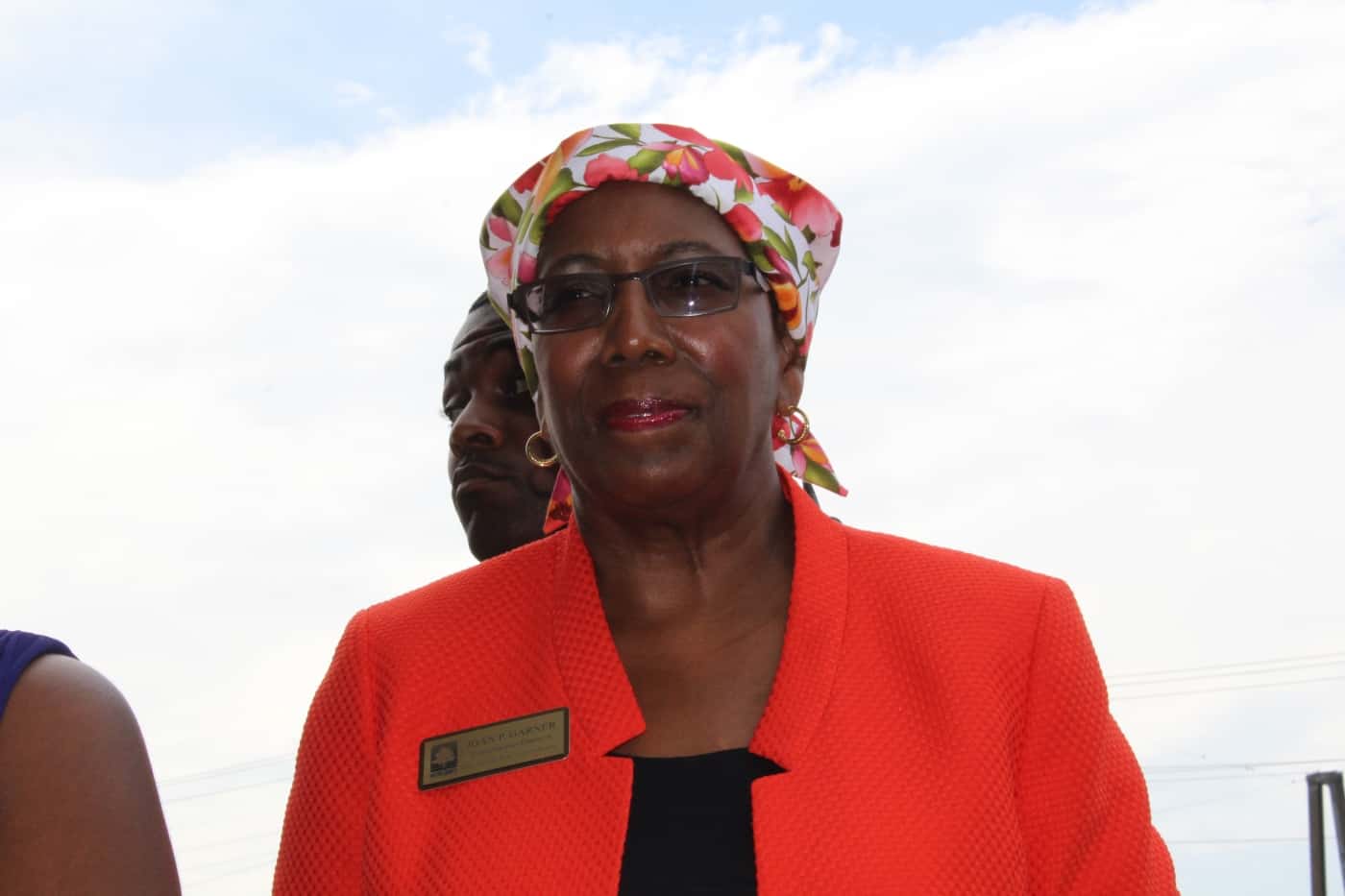 A memorial service is set for Fulton County Commission Vice Chair Joan Garner, who died Tuesday after a battle with breast cancer, and tributes to the beloved Atlanta leader continue to pour in from those she worked with and inspired.

The service will take place May 6 at 3 p.m. at Ebenezer Baptist Church in Sweet Auburn with a reception to follow at a location to be determined. However, visiting hours will take place this week and weekend, April 21 from 4 p.m. to 7 p.m. at The Commerce Club downtown and April 23 from 3 p.m. to 5 p.m. at Hammonds House in the West End.

In lieu of flowers, the family request donations be made to the Joan P. Garner Health & Human Services Internship. Donations may be sent to ACCG Civic Affairs Foundation, 191 Peachtree St. N.E., Suite 700, Atlanta, GA 30303. They ask that people write “Joan Garner Internship” in the memo line.

An outpouring of emotion from the Atlanta community followed the announcement of Garner’s death, including that of Simone Bell, Southern Regional Director for Lambda Legal and a protégé of Garner’s. Garner also served on the Lambda Legal board.

Bell told Georgia Voice she had known Garner since she was 19 and remembered always seeing her in Etc. Magazine, an LGBT publication in circulation at the time.

“She was the first black lesbian I saw out with the mayor and doing activism and all of this and I was like, ‘I wanna do what she does,’” Bell said.

She started following Garner more closely and attending the same events, leading to a fateful question.

“After awhile she was like, ‘Why do you keep showing up where I am?,’” Bell said laughing. They sat down and talked and Bell told her what she was interested in doing with her life.

“She took me under her wing and we were friends and sisters ever since then. Any big decision that I’ve made in my life, I’ve always sought counsel from Joan. We became friends first and then our relationship grew to that of mentor, and then it flourished into a lifelong sisterhood,” said Bell, who would later become the first African-American lesbian to serve in a U.S. state legislature, serving six years in the Georgia House before resigning in 2015.

It was Garner achieving what she did as an out black lesbian that inspired Bell, who only knew one other on her college campus.

“So to come to Atlanta and see this black woman, out lesbian with dreads, wonderful smile and just seeing her move in all these different types of communities, it was affirming and it let me know what the possibilities were; that being out an black lesbian in the South was not something that was a hindrance,” she said.

But Garner’s legacy goes beyond that, said Bell.

“I think Joan’s legacy will be, first and foremost, one of love. She’s a very loving and giving person and she definitely understood that if you were going to leave a life of service and seeking justice that you would have to do it by putting other people first through that process, but also loving yourself enough to know what you can take on and what you’re capable of,” she said. “And then it would be finding out where you’re most needed. Joan moved through a lot of different communities doing her work. She always did it as an out black lesbian but she was a champion for the arts and for healthcare and for seniors, and this was long before she ran for office. She did her work from a place of love as an out black lesbian and understanding that there were no barriers that she couldn’t cross in her desire to help people make the world a better place. And I think that’s what she wants us all to continue to do. Don’t let the work fall by the wayside. Continue to do the work.”

A number of others have spoken out in the wake of Garner’s death in the last few days, including the co-chairs of the Fulton County Task Force on HIV/AIDS, Jonathan Colasanti and Daniel Driffin.

It is with great sadness that the Fulton County Task Force on HIV/AIDS learned of the passing of Vice Chair Joan P. Garner. Our deepest sympathy and condolences go out to her wife, Judge Jane Morrison, and her family. We remember Joan for her passion for public health and social justice. She was an unwavering champion in the fight against HIV/AIDS and equal rights for those living with HIV and AIDS as well as the LGBTQ community. She understood that HIV was a product of racism, homophobia, transphobia, poverty, addiction, housing and food insecurities, and unequal access to education and healthcare services, and she was willing to tackle the health and social inequities that fuel the HIV epidemic.

Her dedication to HIV in Georgia predates her time as a county commissioner, beginning in the early days of the epidemic in the 1990’s as a member of the Georgia AIDS Task Force. In 2014 when Vice Chair Garner heard the most recent statistics about rates of new infections of HIV in Georgia and Fulton County she said, “I was floored, we have to do something about this”. And that is exactly what she did. Together with Chairman Eaves, Vice Chair Garner quickly took action to establish the Fulton County Task Force on HIV/AIDS on December 17, 2014.

The work of the Task Force to build a Strategy to End AIDS in Fulton County continues and this work will be part of her rich legacy. Her passion and leadership will be sorely missed but we will carry her spirit within us as we commit to make the End of AIDS a reality in Fulton County and the region.

“It is with a heavy heart that I express my sincere condolences on the passing of Fulton County Commission Vice Chair Joan Garner. Commissioner Garner had a kind heart and a genuine spirit. That positivity was evident in her role as Vice Chair of the Commission, as she built good will and treated everyone with respect,” Mitchell said in a statement “Her record of building healthier communities, supporting women in public service, and advocating for LGBT rights will continue to inspire the next generation of leaders. Through it all, Joan remained courageous and full of grace. My prayers are with her family. She will be truly missed.”

Openly gay Atlanta City Councilmember Alex Wan said, “Atlanta lost one our finest public leaders today. Joan’s civic passions were reflected brightly through her work on the Fulton County Commissioner and her decades of community service leading up to that. She was a role model, an inspiring colleague, and a dear friend that will be deeply missed. Our thoughts are with her wife Jane, family, and friends during this difficult time.”

“I am deeply saddened to learn of the death of Fulton County Commissioner Joan Garner. Joan was the first openly gay person elected in Fulton County and a pioneer for so many causes. Her passion for public service and dedication to helping the most marginalized in our community will be forever remembered. Joan’s family and her wife Jane are in our thoughts and prayers during this difficult time.”

“My heart is heavy with the loss of my elected official Fulton County Commissioner Joan Garner. She and I worked together on a number of constituent related issues because her district overlapped with mine,” Winslow wrote in a statement. “Whenever I reached out to her for assistance regarding a constituent concern, she was always there to provide whatever needed service was available from Fulton County government. She helped to make needed improvements to the West End and Mechanicsville Libraries. She also provided outstanding healthcare related services to her constituents. She will be missed in so many ways. My prayers go out to her family and to her loved ones.” 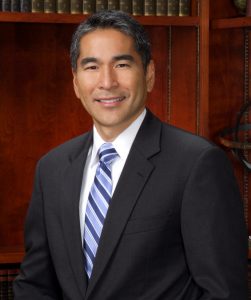 “I am saddened to hear of the passing of Commissioner Joan Garner. Her unprecedented service to Fulton County and the City of Atlanta will never be forgotten,” he said in a statement. “I want to express my deepest sympathy to her family, friends, constituents, and colleagues mourning her loss. I join them in remembering her beautiful spirit and smile.”

“I respect Ms. Garner for her commitment and dedication as she served her constituents. We will greatly miss her wisdom and her warmth and kindness,” Martin said. “She possessed an unwavering commitment to causes that she held dear and that is what made her a great public servant. We know that she is going on to heaven and be in the rightful place that God has selected for his angels.”

“It is with profound sadness that I express my sincere condolences to the family, friends and love ones of Fulton County District 4 Commissioner Joan Garner. Joan was a true inspiration to so many; her passing leaves a huge void in the lives of the countless ones who knew her personally. Joan was extremely instrumental in passing legislation and acquiring support for the Arts and LGBTQ issues.  Joan supported many emerging initiatives in her district and leaves a legacy of passionate service to the community. Her dedication and motivation will be missed.”

Garner was also a board member of the Atlanta Beltline, and the board chairman John Somerhalder spoke of Garner’s work in that arena.

“We are deeply saddened to hear the news of the passing of Commissioner Joan Garner. Joan served as a vital member of the Atlanta BeltLine Board of Directors, championing our affordable housing initiatives and lending her guidance and support to so many other important efforts,” Somerhalder said in a statement. “More importantly, Joan was an integral part of our Atlanta BeltLine family being a long-time resident of the Old Fourth Ward and serving the community in so many ways. On behalf of the ABI Board and Team, we extend our sincere condolences to Jane and all of her loved ones during this difficult time.”