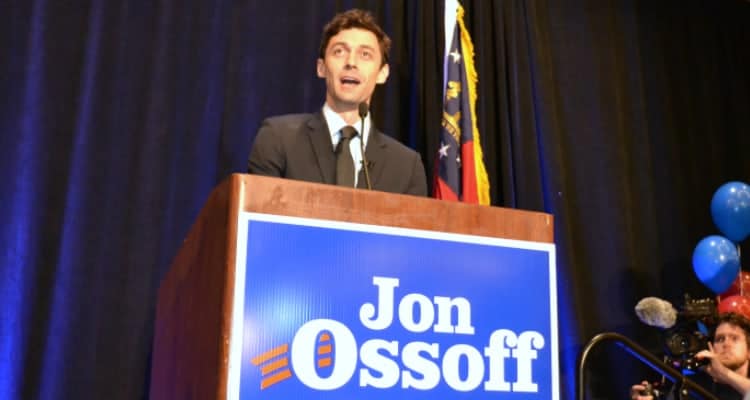 LGBTQ Ally Jon Ossoff is Running for Senate in 2020

Former congressional candidate and LGBTQ ally Jon Ossoff has announced that he will be challenging Republican David Purdue for a seat in the U.S. Senate in 2020 during an appearance on “The Last Word” on MSNBC.

Political corruption threatens our republic and the future of the planet.

Ossoff told Lawrence O’Donnell, the host of the show, that he’s running to beat political corruption, calling Perdue a “caricature of Washington corruption.”

In an email sent to supporters, Ossoff noted the types of corruption he vows to fight: the refusal of NRA-funded politicians to support universal background checks, the ignorance of price gouging drug companies by politicians funded by big pharma, and the silencing of environmental scientists because of the influence of the fossil fuel industry.

The 32-year-old will be running a grassroots campaign, refusing corporate PAC donations entirely. He told the AJC that he would “raise a grassroots army unlike any this state has ever seen.” When Ossoff ran for Georgia’s 6th Congressional District seat in a special election in 2017, he raised almost $30 million in individual donations before narrowly losing to Republican Karen Handel.

“Like the many thousands Jon has already organized and inspire, I am ready to work tirelessly to elect him,” Lewis said. “Georgia and America need Jon.”