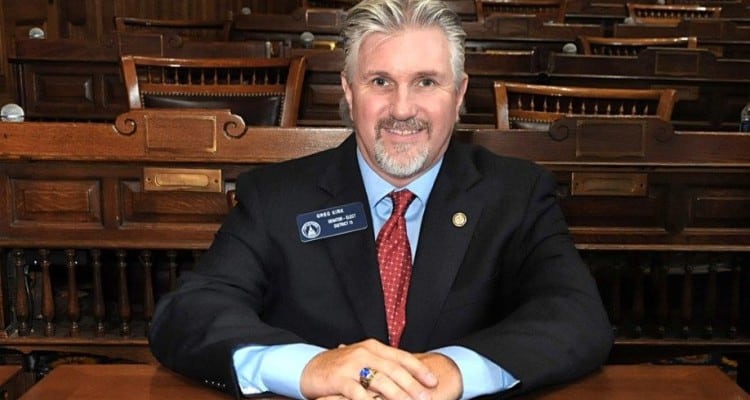 Local and national LGBT activists are up in arms about a move by Georgia lawmakers to combine the controversial First Amendment Defense Act (FADA) with the Pastor Protection Act (PPA). The move happened during a Senate Rules Committee hearing on Tuesday afternoon and now moves to the full Senate for a vote.

Rep. Kevin Tanner’s (R-Dawsonville) Pastor Protection Act unanimously passed the House last week and LGBT activists have put it lower on the list of the numerous other so-called “religious freedom” bills under consideration, since it just codifies into state law that faith leaders cannot be forced to perform same-sex wedding ceremonies—a protection already granted under the First Amendment.

But it was Sen. Greg Kirk’s (R-Americus) First Amendment Defense Act that drew the most ire from activists as it would allow faith-based nonprofits that receive tax dollars to discriminate LGBT people.

Georgia Voice was in production on our next issue all day Tuesday but Project Q Atlanta was at the hearing, where Georgia Equality executive director Jeff Graham gave a statement to the committee:

“It is worse than RFRA,” said Jeff Graham, executive director of Georgia Equality, referring to the controversial Religious Freedom Restoration Act from state Sen. Josh McKoon that has roiled the State Capitol for three years.

“It allows faith-based organizations to withhold services if they choose to do so,” Graham told the Senate Rules Committee. “The language in this combined bill is still unacceptable and codifies into law discrimination. I am especially concerned that this bill will have a chilling effect on the state’s LGBT families.”

SOJOURN’s Robbie Medwed wrote an editorial for Creative Loafing on Wednesday that spells out some of the concerns now that the bills have been combined:

So what’s this mean in reality? Consider the religiously affiliated adoption agency, homeless shelter, or disability assistance program. Many of these agencies receive state or federal grants because they serve the general population as an agent of the government, in whose stead they provide services. Under the PPA/FADA hybrid, these agencies would be able to completely ignore the few non-discrimination ordinances that do exist in Georgia and those on the federal level to deny services to LGBT families. Same-sex couples could be prohibited from adopting children. A disabled person who supports same-sex marriage could be denied medical care in a private hospital or even a ride from a private transportation agency. Transgender people, LGBT youth, or married couples could be denied space in a homeless shelter. In a city where 40 percent of the homeless youth are LGBT, it’s downright scary to think how many kids could be affected.

Many of these agencies sign contracts requiring them to operate according to federal or local non-discrimination ordinances (there are no state-level non-discrimination laws in Georgia). If they violate these ordinances, as they’d be allowed to do under FADA, they would be in breach of contract and at risk of losing their grant money. Or worse yet, if they chose to fight, they could start a legal firestorm where Georgia sues local municipalities, national organizations, or even the federal government. The costs to taxpayers as the state engages in litigation could be astronomical.

Georgia Unites Against Discrimination sent an email to supporters after the hearing, calling FADA “downright shameful,” saying, “And while you can rest assured LGBT Georgians are the target of this reckless bill, they certainly won’t be the only victims. FADA opens the door to state-sanctioned discrimination against single mothers, unwed parents, people of other faiths and more—all under the guise of so-called ‘religious freedom.’”

And it wasn’t just local LGBT groups jumping into the fight against FADA. The Human Rights Campaign issued a statement Wednesday, with the group’s legal director Sarah Warbelow saying, “The freedom to practice one’s religion is of crucial importance, that’s why it is firmly protected in the First Amendment of the U.S. Constitution. This extreme legislation however goes far beyond that fundamental right. This misleadingly named bill would create broad loopholes that would endanger LGBT Georgians and their families. It would have far-reaching consequences and must be rejected by the Senate.”

National LGBT group Freedom For All Americans issued a statement following the hearing as well, with the group’s executive director Matt McTighe criticizing the Georgia bill and another anti-gay one in Virginia, saying, “Freedom of religion is a fundamental American value, and no one is trying to change that. The bills in Virginia and Georgia are narrowly written and single out specific people for harm – gay and transgender people, single mothers, religious minorities and others. The further lawmakers allow these bills to advance, the more damage they do to the brands of their respective states. We’ve heard from business leaders time and again, hostile bills like this are bad for business. Lawmakers should strive to pass bills that strengthen their states and lift up their residents, not single out people for discrimination.”

Business groups reportedly offered language to the bill to help improve it before Tuesday’s hearing, but they remain shaky about what came out of the hearing as a result and have stopped short of endorsing it.

The bill could reach the Senate floor as soon as this week, and if it passes it would then go over to the House for consideration.