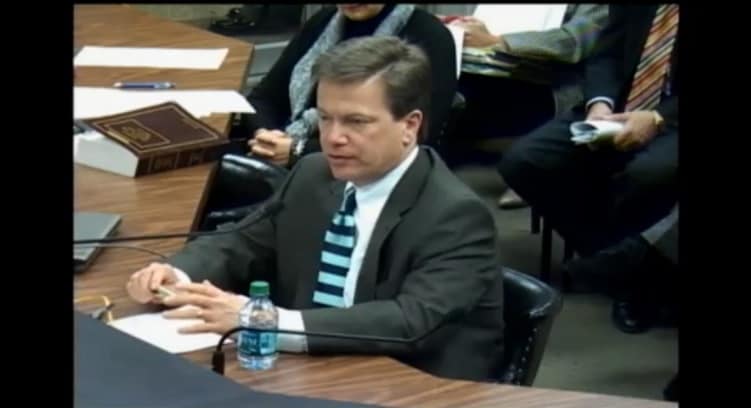 Rep. Kevin Tanner’s (R-Dawsonville) Pastor Protection Act sailed through a Judiciary subcommittee last week and met with similar results before the full committee. The bill solidifies something that’s already part of the law, although LGBT activists and scholars see parts of it as being too broad.

State Rep. Stacey Evans (D-Smyrna) had proposed an amendment in last week’s hearing that would address those concerns and narrow the language to only apply to non-commercial venues of churches, saying such a change “keeps us out of the news.”

“This keeps the message clear that we are simply trying to protect pastors and we are absolutely in no way, shape or form attempting to discriminate against any citizen of the state,” Evans said at the subcommittee hearing.

She agreed to let the bill move on with a good faith promise to address her concerns before today’s hearing, and those concerns appear to have been alleviated with language added that would keep houses of worship from discriminating against people in matters of housing.

There was an appearance by state Rep. Wes Cantrell (R-Woodstock), a pastor at First Baptist Church of Woodstock, who asked why the bill didn’t extend from keeping pastors from performing same-sex weddings to keeping any Georgia citizen from having to perform same-sex weddings. Cantrell’s comments did not result in any amendments to the bill and it moved forward as is.

And an attempt to insert LGBT protections into a civil rights bill that would protect against discrimination in public accommodations, which failed in a House subcommittee Monday afternoon, failed again before the full committee.

In Monday’s hearing, state Rep. Taylor Bennett (D-Brookhaven) introduced an amendment that would add sexual orientation, gender identity, disability, sex, age and veteran status to the list of those protected. Bennett, whose mother and sister are lesbians, made opposition to state Sen. Josh McKoon’s (R-Columbus) so-called “religious freedom” bill the centerpiece of his first political run last August. Monday’s amendment before the subcommittee failed to pass.