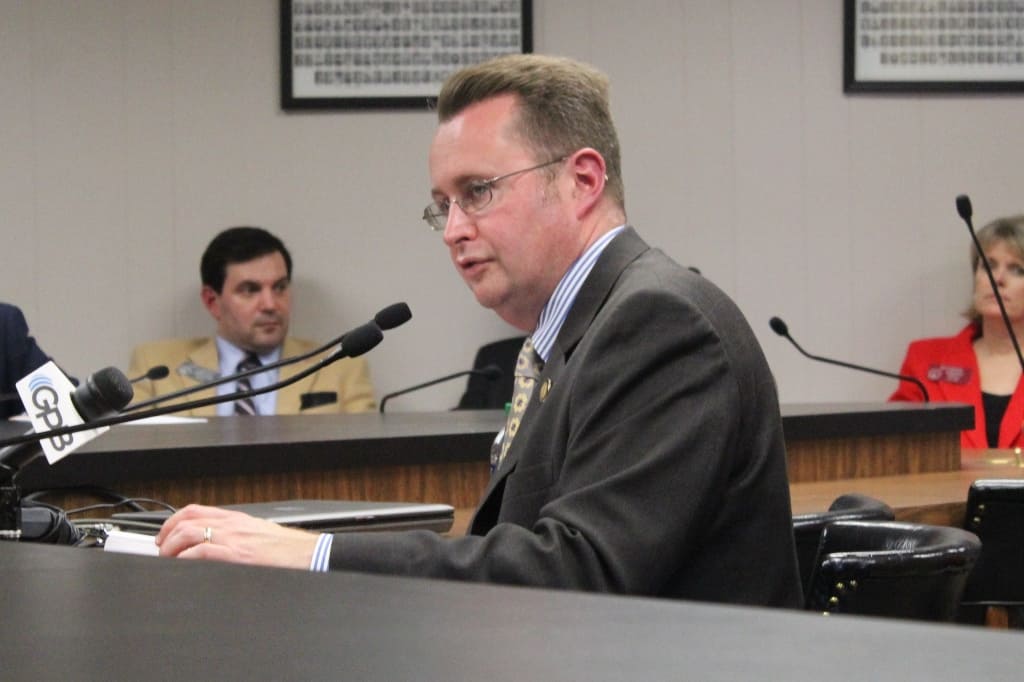 It was standing room only Thursday afternoon as a subcommittee of the House Judiciary heard House Bill 757, the so-called Pastor Protection Act.

The bill, initially proposed by Speaker David Ralston, was introduced by state Rep. Kevin Tanner (R-Dawsonville) and would write into state law that pastors would not be required to marry same-sex couples if it violated their religious beliefs. Many have stated that this protection is already granted under the First Amendment of the U.S. Constitution, a point which Tanner conceded early in his statement to the committee on Thursday.

While many consider the bill the least controversial of the numerous so-called “religious freedom” bills, some legal scholars worry that Section 3 of the bill is too broad and could allow religious organizations that receive state or federal funds to discriminate against LGBT people in housing, e.g. homeless shelters, senior housing, halfway houses and soup kitchens.

There were only two people who signed up to give statements to the committee, both voicing opposition to the wording of Section 3—Georgia Equality executive director Jeff Graham and legal scholar Anthony Kreis.

“We need to ensure that these taxpayer funds are not used to discriminate against any segment of our community,” Graham said, also noting that the language of similar laws in other states has been limited to religious weddings only.

State Rep. Stacey Evans (D-Smyrna) agreed with Graham and Kreis and proposed an amendment that would address those concerns and narrow the language of that section to only apply to non-commercial venues of churches.

“This keeps us out of the news,” Evans said. “This keeps the message clear that we are simply trying to protect pastors and we are absolutely in no way, shape or form attempting to discriminate against any citizen of the state.”

State Rep. Andrew Welch (R-McDonough), while saying he agreed with the “merit” of the amendment Evans was proposing, had concerns that the wording of it needed to be ironed out and requested that Evans hold the amendment for now to discuss it in front of the full committee. Evans agreed on the condition that Caldwell work with her on that language.

The committee, made up of six Republicans and four Democrats, voted in favor of the bill and it will now move on to the full House Judiciary Committee, chaired by Rep. Wendell Willard (R-Sandy Springs). This is the same committee where Senate Bill 129, Sen. Josh McKoon’s (R-Columbus) so-called “religious freedom” freedom bill, remains after failing to move on during last year’s session.