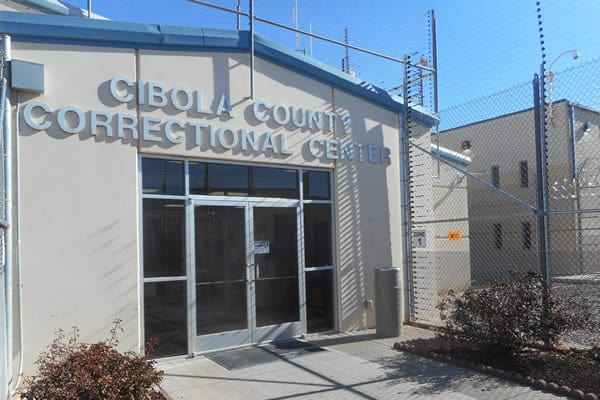 An official with U.S. Immigration and Customs Enforcement on Tuesday defended the agency’s treatment of transgender people who are in its custody.

The directive requires personnel to allow trans detainees to identify themselves based on their gender identity on data forms. It also contains, among other things, guidelines for a “respectful, safe and secure environment” for trans detainees and requires detention facilities to provide them with access to hormone therapy and other trans-specific health care.

The unit from 2014 housed only trans detainees. It closed last year after ICE’s contract with the Santa Ana Jail ended.

Lorenzen-Strait told the Blade the 2015 memorandum includes recommendations from the Human Rights Campaign and other advocacy groups that include Lambda Legal. The Imperial Valley LGBT Resource Center in El Centro, Calif., and other advocacy groups are conducting trainings with ICE and U.S. Customs and Border Protection that focus on improving the treatment of LGBTI detainees.

“LGBTI care is of paramount importance to us,” said Lorenzen-Strait.

Lorenzen-Strait also provided the Blade with a copy of a training for ERO staff on the memorandum.

“The word transgender relates to a person’s gender identity,” says the training. “Specifically, transgender refers to individuals whose assigned sex at birth does not match their internal feelings of gender.”

The training contains interviews with Metropolitan Police Department Lt. Jessica Hawkins,who is the first openly trans person to be named director of the department’s LGBT Liasion Unit, and others who talk about their experiences as trans people. It also contains a portion of Caitlyn Jenner’s 2015 interview with Diane Sawyer on ABC in which she came out as trans.

The training contains a list of “unacceptable terms” in English and Spanish — including “faggot” and “maricón” — that ERO staff should not use when speaking with LGBTI detainees.

“They can very easily be considered disrespectful or even harassing or abusive,” says the training. “Similarly, do not joke about a detainee’s sexual orientation or gender identity. Doing so promotes an environment in which the mistreatment of LGBTI individuals is seen as both acceptable and tolerated. You should also resist the urge to label individuals based on your own assumptions or stereotypes before you know how they identify.”

The training also shows a scenario of an ERO officer who is processing a trans woman who had just been detained.

“At no time shall a search be conducted for the sole purpose of determining a detainee’s biological sex,” it notes. “Placement into segregation should only occur when necessary and in compliance with applicable detention standards. Placement into administrative segregation due to a detainees’ identification as transgender should be used only as a last resort.”

The training notes one of ERO’s “highest priorities” is “ensuring the safety and security of everyone in our custody, including those who identify as lesbian, gay, bisexual, transgender or intersex, or collectively LGBTI.” Lorenzen-Strait reiterated this point during the interview.

“I take this charge very importantly,” he told the Blade. “I am a member of the gay community. I have a husband. I have kids.”

Roxsana Hernández died in ICE custody on May 25

Lorenzen-Strait spoke with the Blade less than seven months after Roxsana Hernández, a trans woman from Honduras with HIV, died in ICE custody.

CBP on May 9 took Hernández, 33, into custody when she asked for asylum at the San Ysidro port of entry near San Diego. She was transferred to the Cibola County Correctional Center a few days later.

Hernández was admitted to a local hospital “with symptoms of pneumonia, dehydration and complications associated with HIV” on May 17. Hernández died on May 25.

An initial autopsy listed the cause of death as cardiac arrest.

The Transgender Law Center last month released the results of a second autopsy that shows Hernández was beaten before she died. The second autopsy also concludes the cause of death “was most probably severe complications of dehydration superimposed upon HIV infection, with the probable presence of one or more opportunistic infections.” A letter that U.S. Sens. Kamala Harris (D-Calif.), Tom Udall (D-N.M.) and Martin Heinrich (D-N.M.) sent to Acting ICE Director Ronald Vitiello and CBP Commissioner Kevin McAleenan on Dec. 5 cites reports that indicate Hernández “endured freezing temperatures and was denied adequate food, water and medical care” while in custody at the San Ysidro Port of Entry and “vomited” while ICE transported her between facilities.

CBP on Dec. 6 took Jakelin Caal Maquin, a 7-year-old girl from Guatemala, her father and more than 100 other migrants into custody near the Antelope Wells port of entry in New Mexico.

Reports indicate Caal was flown from a Border Patrol station to a children’s hospital in El Paso, Texas, after her father told agents she was sick and throwing up. Caal died on Dec. 8.

Lorenzen-Strait on Tuesday did not discuss the Caal case, in part, because she had been in Border Patrol custody. ICE spokesperson Danielle Bennett in a previous statement described allegations that Hernández was “abused in ICE custody” as “false.”

‘No backtracking of resources’ under Trump

President Trump’s “zero tolerance” immigration policy that includes the separation of migrant children from their parents has sparked widespread fear and outrage among immigrant rights groups.

U.S. Rep. David Cicilline (D-R.I.) told the Blade in June after he and other lawmakers traveled to South Texas there are no policies in place that specifically address the needs of LGBTI migrant children who have been separated from their parents. LGBTI people from El Salvador, Honduras and other Central American countries in which violence and discrimination remains rampant continue to migrate with hopes of reaching the U.S., despite the Trump administration’s policies.

Colectivo Unidad Color Rosa, an LGBTI advocacy group in the Honduran city of San Pedro Sula, on a wall inside its offices has a picture of Hernández and those of more than a dozen local activists and community members who have been killed over the last decade.

Melani Sofía Rosales Quiñones, a trans woman from Guatemala City, told the Blade earlier this month in the Mexican city of Tijuana she was in a coma for three days after a group of men attacked her and beat her jaw. Rosales also said gang members threatened to kill her mother and her younger brother after she filed a complaint against them with the local police.

Homeland Security Secretary Kirstjen Nielsen in particular has faced harsh criticism over the Trump administration’s immigration policy. Lorenzen-Strait on Tuesday said the Department of Homeland Security, ICE and CBP continue to support efforts to provide adequate care to LGBTI detainees in their custody.

“We’ve had no backtracking of resources,” he said.

Chris Johnson in D.C. and Yariel Valdés González in Tijuana, Mexico, contributed to this story.