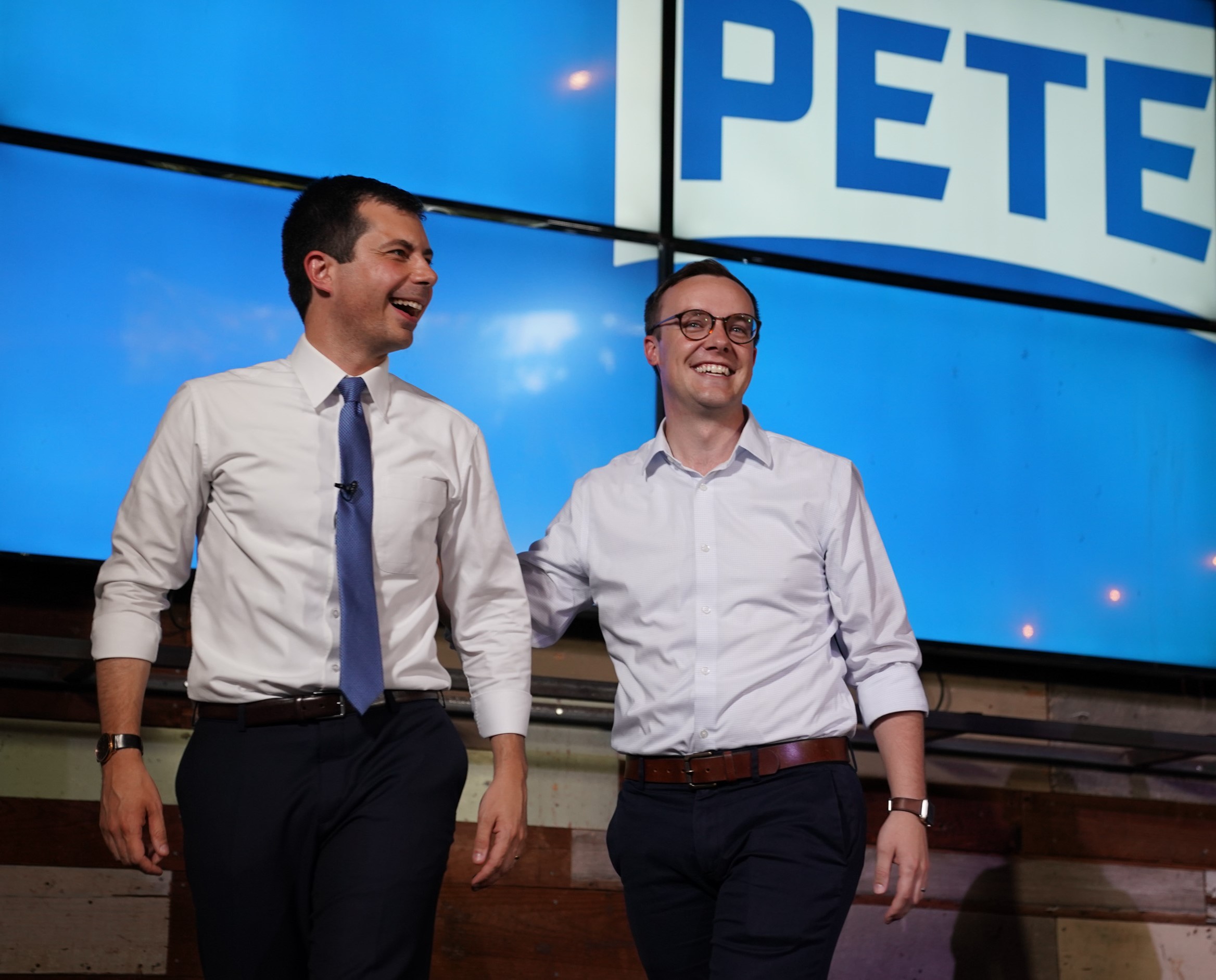 Mayor Pete Buttigieg and his husband, Chasten participate in a Grassroots Fundraising Event at Bufords in Austin, Texas, August, 10, 2019. (Photo by Lawrence Jackson)

According to Newsweek, Trump told a crowd of his evangelical Christian supporters at the King Jesus International Ministry in Miami that God is “on our side” against the “radical left” Democrats.

“The extreme left is trying to replace religion with government and replace God with socialism,” he said. “And I see Alfred E. Neuman comes out and he’s trying to pretend he’s very religious.”

The president has often insultingly likened Buttigieg to Neuman, a character from the magazine popular in the ‘70s and ‘80s, Mad Magazine.

“Now Mayor Pete, I hope he does great,” Trump, who was recently called to be removed from office by the notable evangelical publication Christianity Today, continued. “Now all of a sudden he’s become extremely religious, this happened about two weeks ago.”

Shortly after Trump’s comments, Buttigieg tweeted out a simple message that he’s said before: “God does not belong to a political party.”

God does not belong to a political party.

He more directly addressed Trump’s criticism to reports after a town hall in New Hampshire.

“I’m not sure why the president’s taken an interest in my faith journey, but I would be happy to discuss it with him,” he said. I just don’t know where that’s coming from, you know? Certainly, it has been a complex journey for me, as it is for a lot of people, but I’m pretty sure I’ve been a believer longer than he’s been a Republican.”

Pete responds to Trumps attack on his faith…just now on MSNBC.

"Pretty sure I've been a believer longer than he's been a Republican."