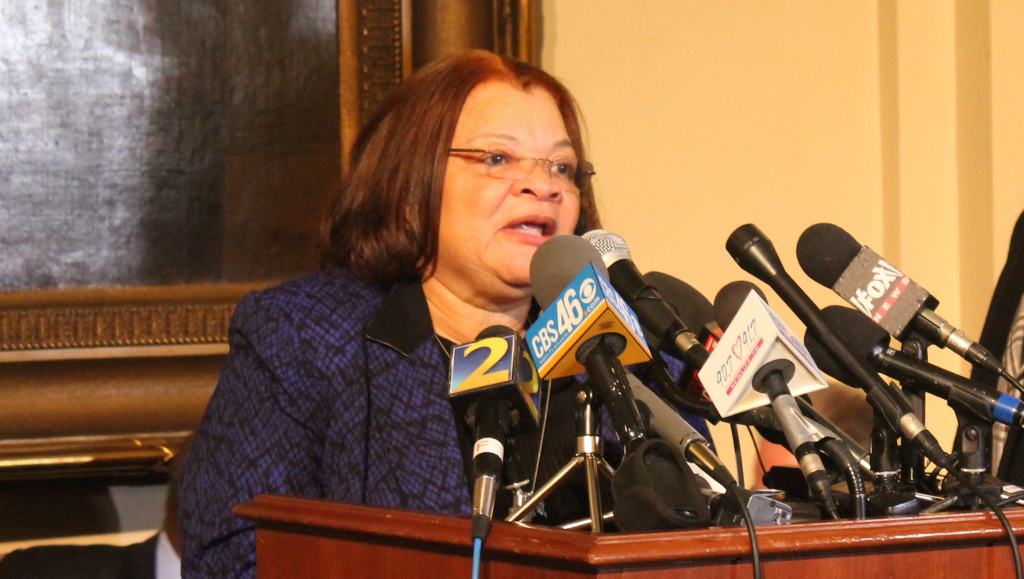 Sounds about right. Fox News has hired Alveda King, the anti-LGBT niece of Martin Luther King Jr., as a regular contributor according to the AJC.

King will reportedly offer “social and cultural commentary” for the network. And what kind of commentary can we expect? Maybe she’ll do as she did in 1998 at a speech at UNC Chapel Hill, when she said, “Homosexuality cannot be elevated to the civil rights issue. The civil rights movement was born from the Bible. God hates homosexuality.”

Or maybe she’ll claim that same-sex marriage would lead to “extinction” and “genocide” as she did at a National Organization for Marriage rally in Atlanta in 2010.

King was also a speaker at a January rally at the State Capitol in support of anti-LGBT former Atlanta fire chief Kelvin Cochran, where she bemoaned “this seemingly never-ending debate over sexuality.”

“Alveda has brilliantly carried the legacy of the King family to the next generation and has been a source of inspiration for many Americans,” said Fox chairman Roger Ailes in a press release. “Her passion and mission for social change will be a valuable contribution to our network.”