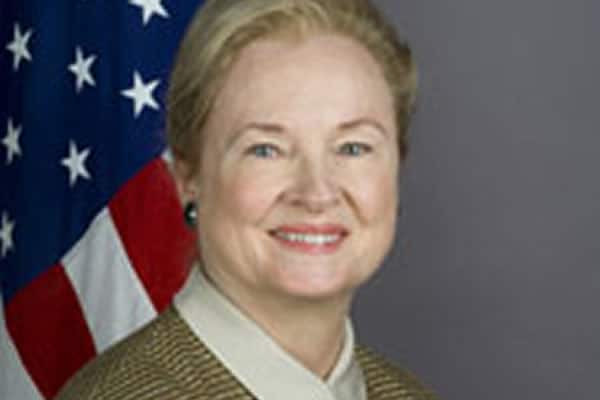 A Harvard Law School professor who is known for her opposition to same-sex marriage will chair the State Department’s new human rights advisory commission that will stress “natural law and natural rights.”

Secretary of State Mike Pompeo on Monday told reporters at the State Department that Mary Ann Glendon will chair the Commission on Unalienable Rights.

Glendon, who was the U.S. ambassador to the Vatican from 2007-2009, has defended former President George W. Bush’s efforts to amend the U.S. Constitution to define marriage as between a man and a woman.

Glendon in an article wrote, “what same-sex marriage advocates have tried to present as a civil rights issue is really a bid for special preferences of the type of our society gives to married couples for the very good reason that most of them are raising or have raised children.” She also said marriage rights for same-sex couples suggests “alternative family forms are just as good as a husband and wife raising kids together.”

“Every person and every religion that disagrees [with same-sex marriage] will be labeled as bigoted and openly discriminated against,” added Glendon in the article. “The axe will fall most heavily on religious persons and groups that don ‘t go along. Religious institutions will be hit with lawsuits if they refuse to compromise their principles.”

Glendon in an op-ed the Boston Herald published on Jan. 8, 2004, urged the Massachusetts Supreme Judicial Court to delay implementation of its landmark Goodridge ruling that paved the way for same-sex couples to legally marry in the state.

“Mary Ann is a world-renowned author, beloved professor, an expert in the field of human rights, comparative law and political theory,” said Pompeo on Monday before Glendon spoke to reporters. “She’s the perfect person to chair this effort.”

Glendon did not reference her position on marriage when she spoke to reporters at the State Department.

“I am deeply grateful for the honor of chairing this new commission, and I wanted to thank you especially for giving a priority to human rights at this moment when basic human rights are being misunderstood by many, manipulated by many and ignored by the world’s worst human rights violators,” said Glendon, referring to Pompeo. “At the same time, I understand that the mission that you have set us is a challenging one.”

Pompeo on Monday said the commission “is composed of human rights experts, philosophers and activists, Republicans, Democrats and Independents of varied background and beliefs, who will provide me with advice on human rights grounded in our nation’s founding principles and the principles of the 1948 Universal Declaration of Human Rights.” Pompeo also announced Russell Berman, Peter Berkowitz, Paolo Carozza, Hamza Yusuf Hanson, Jacqueline Rivers, Meir Soloveichik, Katrina Lantos Swett, Christopher Tollefsen and David Tse-Chien Pan have been named to the commission.

“These individuals will provide the intellectual grist for what I hope will be one of the most profound reexaminations of the unalienable rights in the world since the 1948 Universal Declaration,” said Pompeo.

“I hope that the commission will revisit the most basic of questions: What does it mean to say or claim that something is, in fact, a human right?  How do we know or how do we determine whether that claim that this or that is a human right, is it true, and therefore, ought it to be honored? How can there be human rights, rights we possess not as privileges we are granted or even earn, but simply by virtue of our humanity belong to us? Is it, in fact, true, as our Declaration of Independence asserts, that as human beings, we — all of us, every member of our human family — are endowed by our creator with certain unalienable rights,” he added.

Pompeo and Glendon did not take reporters’ questions.

Pompeo announced the commissioners on the eve of the State Department’s second annual religious freedom conference that is scheduled to take place in D.C. from July 16-18. Family Research Council President Tony Perkins is among those who participated in last year’s gathering.

“With today’s announcement President Trump’s State Department has taken a historic, meaningful step in advancing human rights around the world,” said Perkins on Monday in a statement. “The rights to life, liberty, the pursuit of happiness, the freedoms of religion, speech and assembly, and other principles upon which our nation was founded are not merely American rights; they are human rights that we are compelled to protect and promote for all people of all nationalities.”

“It is encouraging to see the United States take such a strong leadership role in promoting these unalienable rights around the world,” added Perkins.

Pompeo’s announcement coincides with continued criticism of the Trump administration’s domestic LGBTI rights record and its overall foreign policy. Advocacy groups also continue to express concern over the commission itself.

Council for Global Equality Chair Mark Bromley in a statement to the Washington Blade noted Pompeo in an op-ed the Wall Street Journal published on Sunday wrote “rights claims are often aimed more at rewarding interest groups and dividing humanity into subgroups.”

“With language like that, we fear that this is part of a broader effort to push back against human rights for LGBTI individuals by creating a new hierarchy of rights — with religious freedom at the pinnacle and rights for LGBTI citizens in the ‘alienable’ category,” Bromley told the Blade. “This seems all the more concerning coming just before the second Religious Freedom Ministerial at the State Department next week.”

“This administration has actively worked to deny and take away long-standing human rights protections since Trump’s inauguration,” said Lin. “If this administration truly wanted to support people’s rights, it would use the global framework that’s already in place. Instead, it wants to undermine rights for individuals, as well as the responsibilities of governments.”

“This approach only encourages other countries to adopt a disregard for basic human rights standards and risks weakening international, as well as regional frameworks, placing the rights of millions of people around the world in jeopardy,” added Lin.

A senior administration official with whom the Blade spoke on Monday said the State Department “consulted with a wide coalition of leading scholars in the field of human rights” before a note in the Federal Registrar on May 30 formally announced the commission. The official nevertheless acknowledged concerns about it.

The official added “we tried really hard to explain” the commission “in plan language,” referring to Pompeo’s op-ed in the Wall Street Journal. The official said “even that’s not enough” in response to concerns and criticisms the commission continues to face.

“I believe the concerns are unfounded,” added the official. “Unalienable rights are for everyone.”