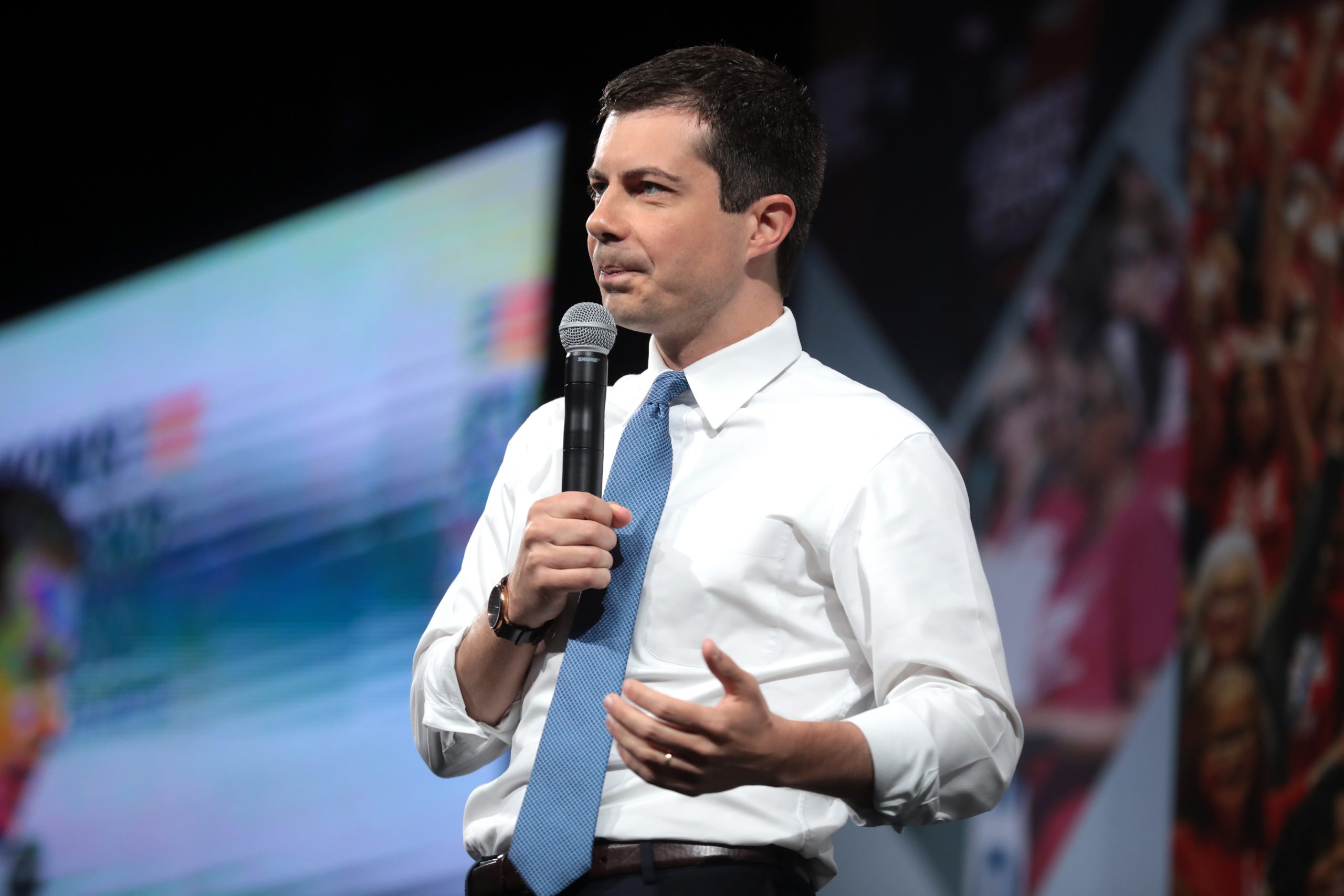 Pete Buttigieg has been nominated for U.S. Secretary of Transportation in the Biden-Harris administration, cementing him as the first out LGBTQ cabinet nominee.

The Biden-Harris transitional team tweeted the nomination on Tuesday (November 15), saying that Buttigieg was nominated because of his efforts to “lead the resurgence” of South Bend, Indiana, from “one of America’s ‘dying cities’” to “a hub of innovation of job growth.” Buttigieg was the mayor of South Bend before running for president.

South Bend was once called one of America’s “dying cities.” Today, it’s a hub of innovation and job growth.

Mayor Pete Buttigieg led that resurgence, and has been nominated by the President-elect to continue that work as Transportation Secretary.https://t.co/dyqdH2LLk3

President-elect Joe Biden lauded Buttigieg on Twitter, calling him “a leader, patriot, and problem-solver,” and Buttigieg called the nomination a “tremendous opportunity.”

This is a moment of tremendous opportunity—to create jobs, meet the climate challenge, and enhance equity for all.

I'm honored that the President-elect has asked me to serve our nation as Secretary of Transportation.

Mayor @PeteButtigieg is a leader, patriot, and problem-solver. He speaks to the best of who we are as a nation.

I am nominating him for Secretary of Transportation because he's equipped to take on the challenges at the intersection of jobs, infrastructure, equity, and climate.

“Pete’s nomination is a new milestone in a decades-long effort to ensure LGBTQ people are represented throughout our government — and its impact will reverberate well-beyond the department he will lead,” Annise Parker President & CEO of LGBTQ Victory Institute said in a statement. “It distances our nation from a troubled legacy of barring out LGBTQ people from government positions and moves us closer to the President-elect’s vision of a government that reflects America.”

“Mayor Pete Buttigieg would be the first Senate-confirmed LGBTQ Cabinet secretary should his nomination make it through the chamber,” GLAAD President and CEO Sarah Kate Ellis said of the nomination. “This will be a historic milestone for LGBTQ visibility. Pete’s experience and skills as a leader, manager, and brilliant communicator, combined with his heartland roots and his unqualified commitment to diversity and equality, will improve the lives of all Americans as Transportation Secretary. Congratulations to Pete and his husband Chasten on their groundbreaking new roles.”

“Our hope is that this historic first is just that – the first – of more LGBTQ nominees at this and other levels of government service,” said Rea Carey, the Executive Director of National LGBTQ Task Force. “Our community has a deep, diverse and talented bench to serve in all agencies. We know the day will come when we will have accomplished the ‘firsts’ and can celebrate the full range of contributions made by LGBTQ people in government.”

This is not the first time Buttigieg has made LGBTQ history. He made history as the first openly LGBTQ person to win the Iowa caucus in February after taking a slim lead over Sen. Bernie Sanders.

“[The victory] validates for a kid, somewhere in a community, wondering if he belongs, if she belongs, if they belong  in their own family, that if you believe in yourself and your country, there’s a lot backing up that belief,” Buttigieg said at the time of the Iowa victory. “This is what we have been working [for] more than a year to convince our fellow Americans of, that a new and better vision can bring about a new and better day.”

If Buttigieg is confirmed by the Senate to serve as the Secretary of Transportation, he will make history again as the first LGBTQ person to serve on a presidential cabinet.