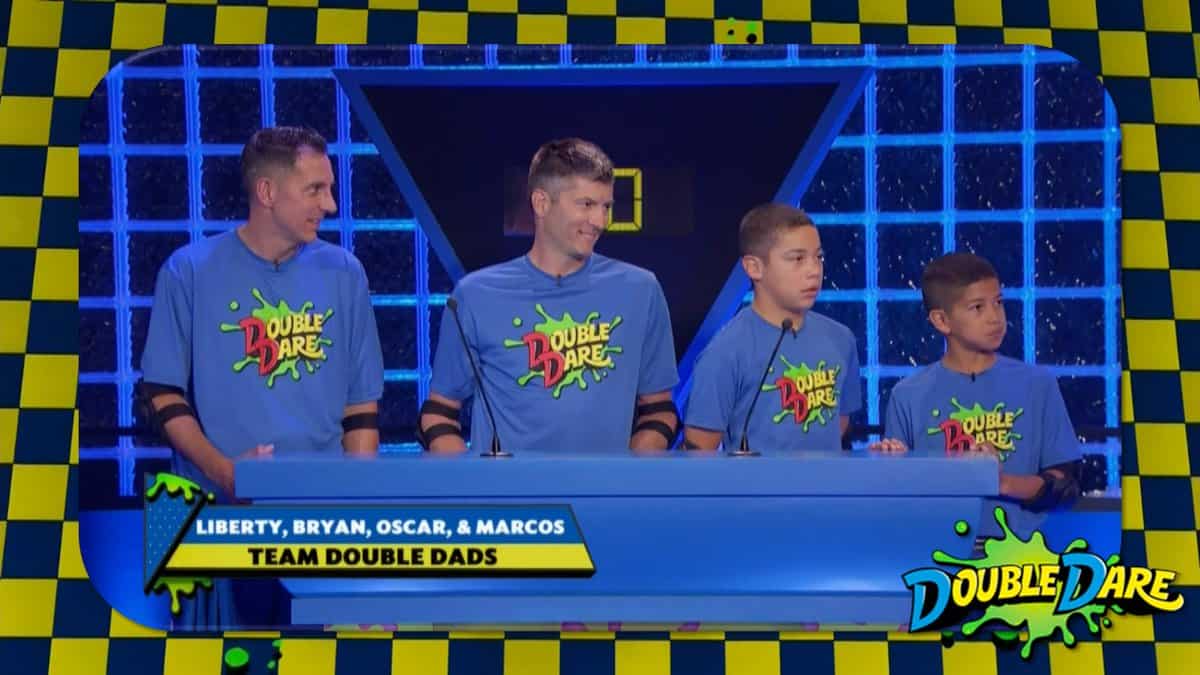 Team “Double Dads,” was introduced onto the show by host Liza Koshy: dads Liberty and Bryan along with their adopted children Oscar and Marcos.  The two men adopted the kids six years ago.

“That’s right! It’s about time we have double dads on Double Dare!” Koshy announced to the crowd.

The team received positive feedback on social media. “So happy that we were able to make this happen on #DoubleDare!” one Twitter user wrote. “Thanks for showing love of all kinds on TV, @Nickelodeon!” another tweeted.

This is one of those things that I hope won't be a big deal soon, but right now I think it's worth noting:
Last night's episode of Double Dare featured a family with two dads competing, which I think has to be one of the first real-life examples of same-sex families on kids' TV. pic.twitter.com/Fd5Fm3UBiB

The show originally aired from 1986 to 1993, according to LGBTQ Nation, and has been one of the network’s most popular shows. Two teams dare or double dare each other to answer trivia. If they can’t answer a question, the team must complete a physical challenge instead.

The current reboot began this year during Pride Month.

Although historic, the Double Dads are not the first same-sex couple ever featured on the network. in 2016, Nickelodeon portrayed a same-sex male couple on their animated series The Loud House.

An unmarried female same-sex couple was also featured in Nick’s animated series Avatar: The Legend of Korra in 2014.

You watch the Double Dads’ episode of Double Dare in its entirety here.