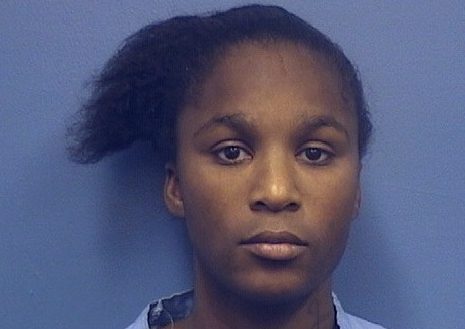 Hampton, who is currently serving a ten-year burglary sentence at Dixon Correctional Center, has sued several times in attempts to get transferred to a women’s prison.

Hampton claimed she was sexually assaulted by both inmates and guards in the men’s prisons. According to court documents, she said she was forced to have phone sex with a prison officer, and forced to have sex with her cellmate while officers watched.

Hampton claimed she was told she would “disappear” if she complained.

The Chicago Reader reported in July on Hampton’s court claims of assault against the Illinois Department of Corrections.

The lawsuit stated that Hampton’s “physical and emotional well-being are in jeopardy at Dixon, and will be in any men’s facility.”

Hampton has lived as a woman since age five, and has continued so throughout incarceration.

Repeated abuse resulted in Hampton’s mental harm. She was diagnosed with gender dysphoria by the staff at the Illinois Department of Corrections, and was designated “seriously mentally ill” in 2012.

The lawsuit claimed that transgender women are more likely to be assaulted in prison, citing the Prison Rape Elimination Act Resource Center.

“A review of Hampton’s full mental health and disciplinary history…may lead the [Department’s Transgender Care Review Committee] itself to conclude that Hampton is safest in a woman’s prison,” Judge Rosentengel wrote in her decision.

Hampton was previously not allowed to attend a transgender support group at the prison. Judge Rosenstengel reversed that, ruling that she must be allowed to attend. The Illinois Department of Corrections must also develop staff training for transgender issues, following the court ruling.

“This is also an important step, not only for Strawberry but, in general, for transgender women imprisoned across the nation,” said Hampton’s lawyer Vanessa del Valle.

Hampton’s transfer would mark one of the first times a transgender woman was assigned to a women’s prison.