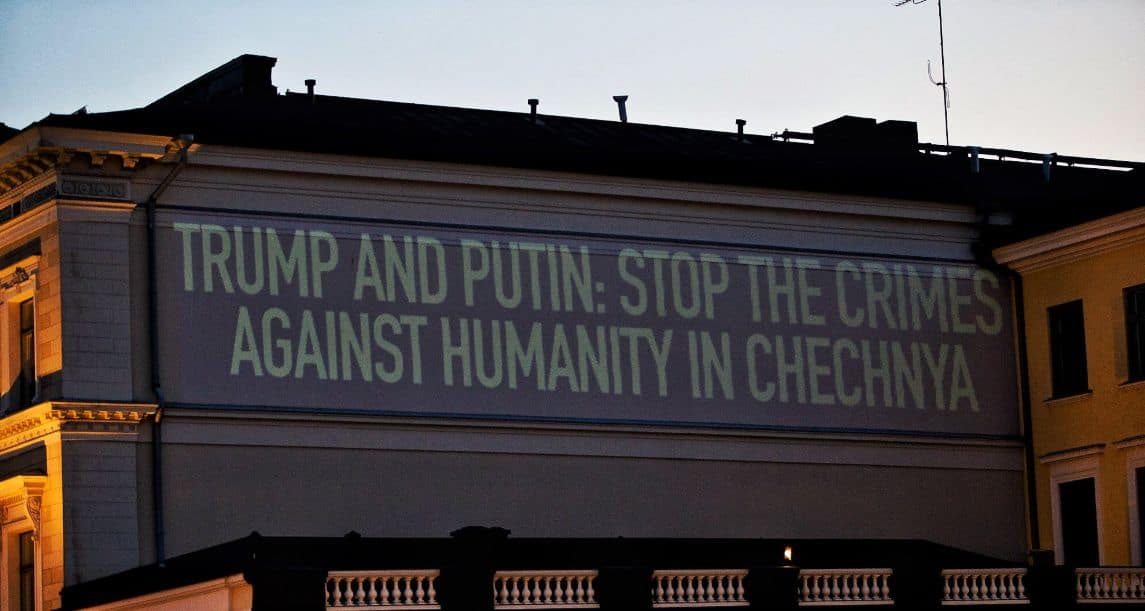 President Donald Trump and Russian President Vladimir Putin are meeting in Finland today. But the meeting won’t be quiet. At least if these activists have anything to say about it.

These advocates want to spread the word about the anti-gay purge in Chechnya. So they’re throwing shade by projecting light.

Activists from the Human Rights Campaign—an LGBTQ advocacy group—are projecting critical words on the side of Helsinki’s Presidential Palace. That’s where the two leaders are meeting to hash out their differences.

According to Pink News, “Russia maintains an ‘Orwellian gay propaganda’ law which is used to clamp down on the LGBT community, while a homophobic purge began in the autonomous region of Chechnya in 2017 that has shattered the Chechen LGBT community.”

Additionally, HRC claims that the Trump Administration has not done enough to condemn Russian harassment of LGBTQ persons.

The Russian LGBT Network, led by Igor Kochetkov, said that the organization was grateful to all parties “who support our work in Chechnya.”