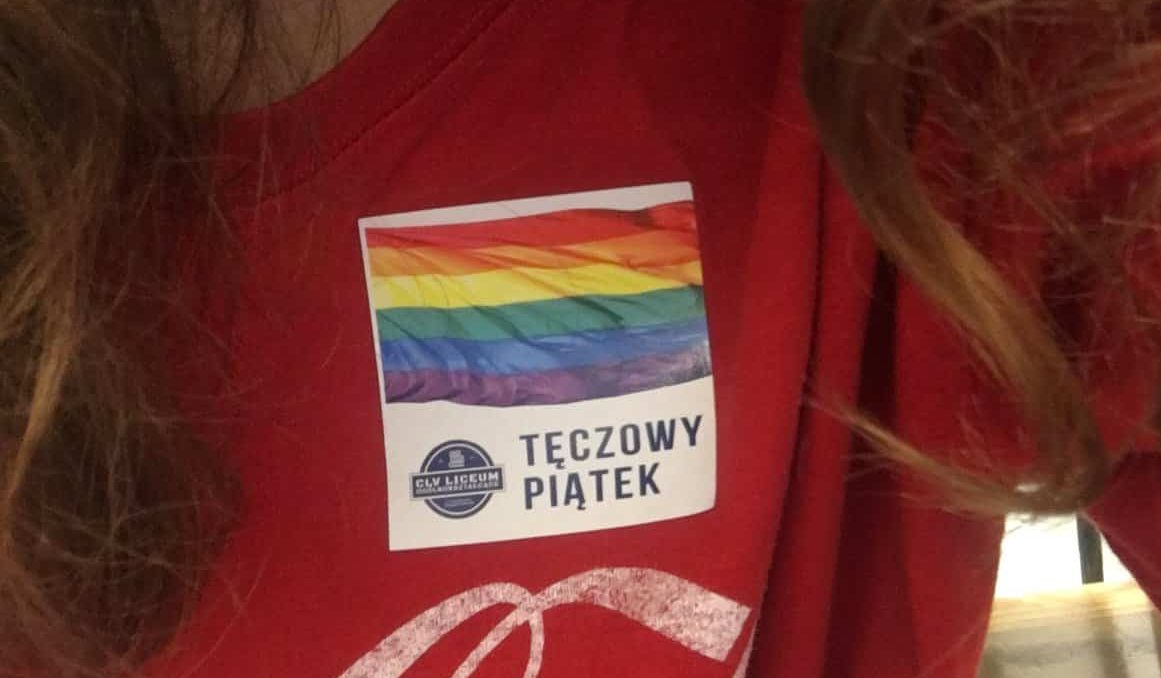 Polish Students Respond to Prohibition of LGBTQ Event with Rainbows

“Rainbow Friday,” an event organized by the Polish Campaign Against Homophobia Network, was set to take place on Oct. 26th. The celebration of LGBTQ identity would have promoted cultural acceptance in a conservative political climate, encouraging students in Polish schools to show their support for the LGBTQ community and bringing LGBTQ groups into schools to spread education and discussion.

However, facing pressure and intimidation from government officials, many schools in Poland were forced to cancel the event. The country’s education minister, Anna Zalewska, told school administrators ahead of the date that principals who allowed the event to proceed would face negative repercussions. The Associated Press reported that Zalewska also tasked parents with alerting the authorities of any schools that failed to comply.

In spite of the warnings, some students still dressed for the occasion. Gay Star News published a story tweets from students who participated, marked with the hashtag #teczowypiatek (aka #rainbowfriday).

Same-sex marriage is not legal in Poland, a country currently led by a member of the conservative Law and Justice Party, Andrzej Duda. His election in 2015 marked a shift in Poland reverting back to nationalism and cultural traditionalism. Part of this movement stresses the dominance of the Roman Catholic Church, to which 95% of Poles belong.

Despite resistance from the church and state, in 2017, LGBTQ advocates in Poland celebrated a landmark victory when the Supreme Court ruled against a print shop that refused service to an LGBTQ group that asked for a printed banner. However, the court faced considerable backlash over the decision and the ruling heightened tensions between the government and the court. The government attempted to reform the court so that a third of the judges would be forced to retire early. The highest court of the European Union compelled Poland to reverse the law on October 19th.

Poland’s failure to embrace equality for its LGBTQ citizens reflects the rift between the cultural atmosphere of the country and the values promoted by the E.U.. Some have observed the link between homophobia and nationalism in Poland, noting that the radicals that practice anti-gay violence and intimidation tend to be white heterosexual men, often with ties to neo-Nazi groups.

However, some Poles are working for change. One man who has become a prominent voice for a new status-quo is Robert Biedron, the openly gay mayor of the Polish city Slupsk. Biedron has faced verbal and physical abuse over the years of working in the government, but he told the BBC that people who would once use slurs against him now greet him with “Good morning, Mr. Mayor,” which he sees as a positive indication of change.

Biedron has lived with his partner for years, but even though he performs many marriages in his capacity as mayor, he cannot marry the man he loves. In his interview with the BBC, he said, “I’m extremely jealous because I see their happiness. I’m 15 years with my partner and it’s still a dream. It’s not fair that in 2018 two adults cannot get married if they love each other and are committed to each other.”