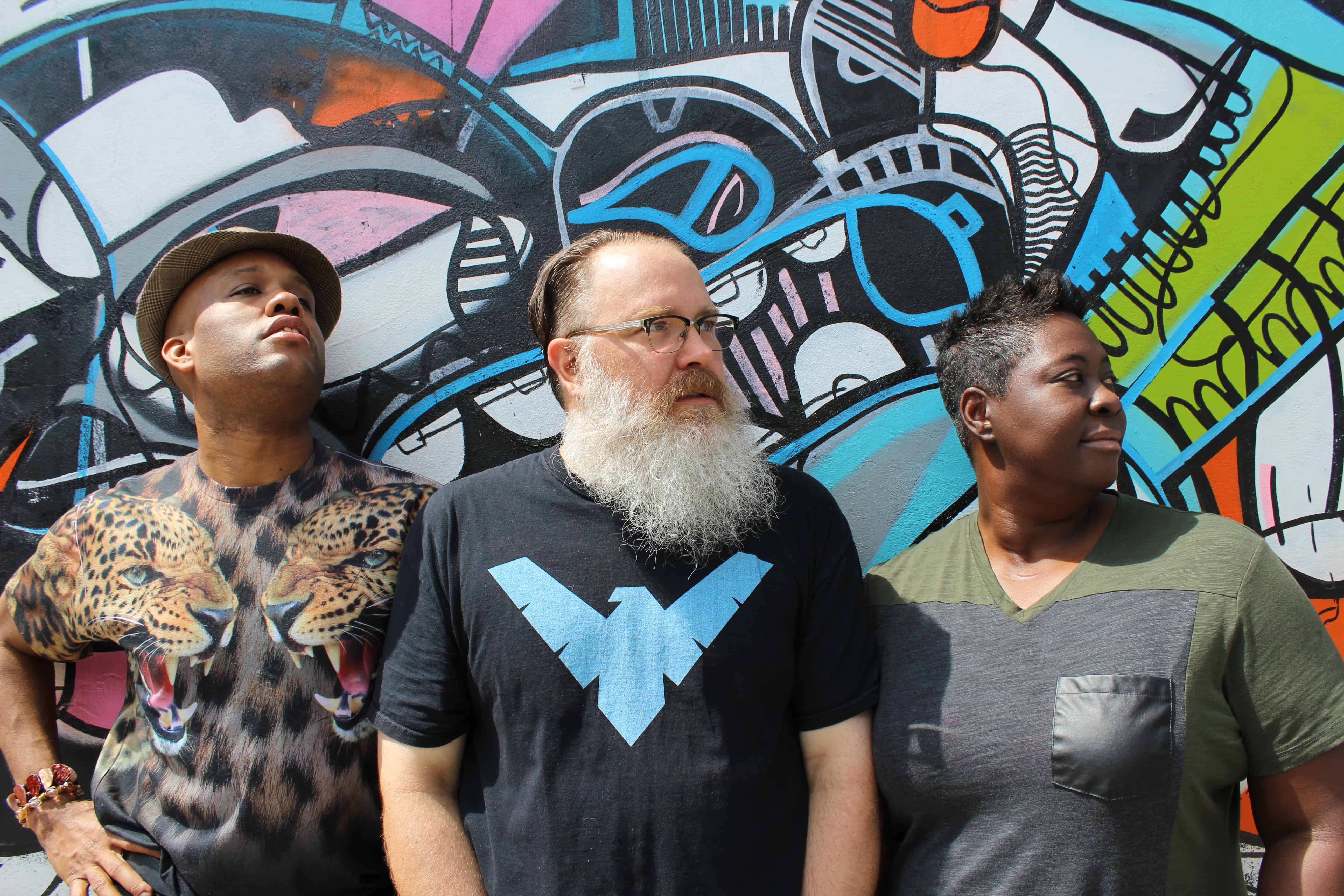 A lesbian, a bear and a drag performer walk into a popular Italian restaurant on Atlanta’s hip Edgewood Avenue …

There’s no punchline, actually, but instead a fairly philosophical discussion of Atlanta’s comedy scene, the gay comedy scene specifically, and what the future holds for comedy in the ATL.

“Comedy is very serious. It’s a science. It’s psychological. And if you get very in tune with it, it can be spiritual,” says Brent Star. Star is known throughout the city for his outrageous drag performances in blond afro wigs, thigh-high red high-heeled boots and skimpy attire as well as stand-up routines where he prides himself on making people laugh about the mundane, such as Red Bull and, on this particular day, Noni’s fries tossed in Parmesan cheese.

“Oh, I like them tossed,” Star says with a lilt in his voice.

Star, Ian Aber and Julie Osborne are at the forefront of Atlanta’s gay comedy scene and will be starring in the “Loud and Proud: LGBT Comedy Showcase” on Oct. 9 at Laughing Skull Lounge. They do the jobs for the laughs, but being funny is a responsibility they take, yes, seriously.

“Visibility has to happen with gay comics in the mainstream scene,” says Aber, who hosts numerous open mic and comedy shows in metro Atlanta in gay and straight clubs nearly every night of the week with his company ABear Comedy. ABear Comedy is presenting the LGBT showcase along with Laughing Skull Lounge.

“Part of that [visibility] helps so when a new guy comes along and we’ve paved a path … we have a seat at the table,” he says. “When I have a bad night, at least I can say I represented. And when I go Outside the Perimeter and they look at me like I’m an alien … it’s when they laugh despite themselves. They try to resist you because you’re gay. But then you catch someone laughing—oh, that’s precious. That’s like carbs to me now.”

Osborne says she quit her corporate job some three years ago to chase her dream of being a stand-up comic. She also produces and hosts comedy shows, including the popular “It’s That Time of the Month” show at My Sister’s Room.

“We all know there were so many LGBTQ comedians out there already before us. We definitely appreciate the people who came before us. But for some reason the universe chose us at this time to be the face of gay comedy,” Osborne says.

Aber quickly follows up by saying he used to watch and admire Atlanta’s openly gay comics in the 1990s, but the scene then was so small and room for inclusivity was nearly nonexistent. In 2014, times have changed for the better for LGBT people, and that includes comedians.

BUT SERIOUSLY, COMEDY IS FUNNY 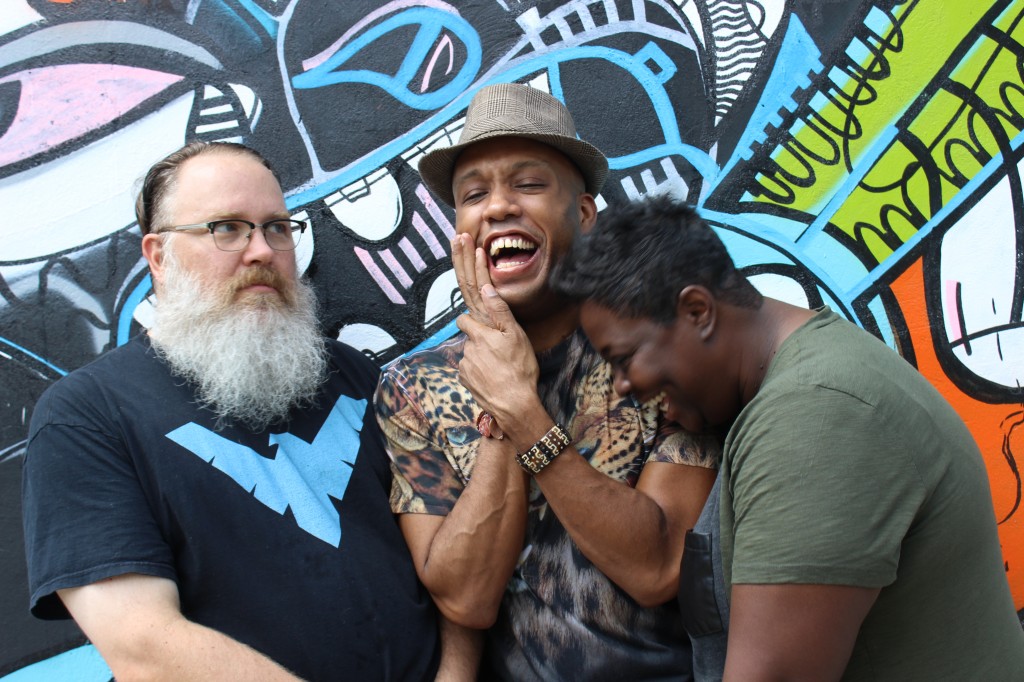 Playing for straight audiences with straight comedians means dealing with the racism, misogyny and homophobia common in comedy, Aber explains.

“You do have to have a thick skin. The open mic nights are like the comment sections of the internet, so you can’t be offended about it,” he says.

Those who say they aren’t racist or stress they are gay allies but then get on stage and say something anti-gay and racist are actually just setting up barriers for themselves to any kind of comic success, Aber adds. “I mean, come on, try harder,” he says.

Star said his first love was theater before he tried stand-up, adopting the stage name Brent Star as part of his stand-up act. He then became part of Atlanta’s drag scene, keeping the name Brent Star, to help him accept himself as a gay man. Now he’s returning to his comedy roots and poking fun at what he sees around him.

“I used to get very offended when people joked about the stereotypes of black people stealing or straight people making fun of gay people. But comedy taught me to have a thicker skin even more so than the drag world,” Star says. “In a way it’s very therapeutic for me and it’s made me a stronger entertainer and person.”

As the faces of a new generation of gay comedy in Atlanta, Osborne, Aber and Star perform in front of straight crowds. In April, Aber booked a show with the Sweetwater 420 festival that included mostly gay comedians with a few straight comics thrown into the bunch “so the audience could collect themselves,” he says.

The show, in front of some 300 heterosexual hipsters, was a huge success, Aber adds. It went from being slightly gay to flaming homosexual, with Star closing, and the audience laughed and cheered.

“The audience never had to decide to accept us as gay or not. They just accepted funny,” Aber says. “This was a defining moment for me in comedy in Atlanta. One of biggest complaints I hear is, ‘You’re gay, we get it.’ We’re funny, period, and we’ll talk about being gay.”

There’s a misconception by some about comedy that comedians don’t care if the audience laughs. Not true, says Osborne.

“We want you to laugh,” she says simply. “If someone says they don’t care if you laugh, that’s bullshit.”

TIME FOR GAY COMEDIANS TO SHINE

LGBT comedians have been around since the first open mic, but the lesbian, the bear and the drag artist say now is the time to shine.

Anyone interested in doing stand-up is encouraged to seek out open mic nights and even seek out Aber, Osborne and Star for guidance. Aber says he sees his role as a commitment to comedy and building a scene where 20-30 LGBT comics can make a living in Atlanta and even move on to bigger cities such as Los Angeles and New York.

The scene is missing a transgender comedian, he adds, and there are nearly endless chances during the week to find a place to perform and work on your act.

One of Star’s first performances was outdoors, in front of Java Monkey in Decatur, in full costume. When you start out, you can’t say no to a gig, he says.

Jay Leno recently said the future of comedy rests in the hands of LGBT comedians, Aber says. That’s a responsibility to take seriously.

“Lesbians and gays have always been funny. Now we are taking ourselves serious enough to do standup. It’s our season,” Star says. “Doing this LGBT showcase is our representation of the scene welcoming us. It’s time for us to be included in the walk of fame of comedy.”