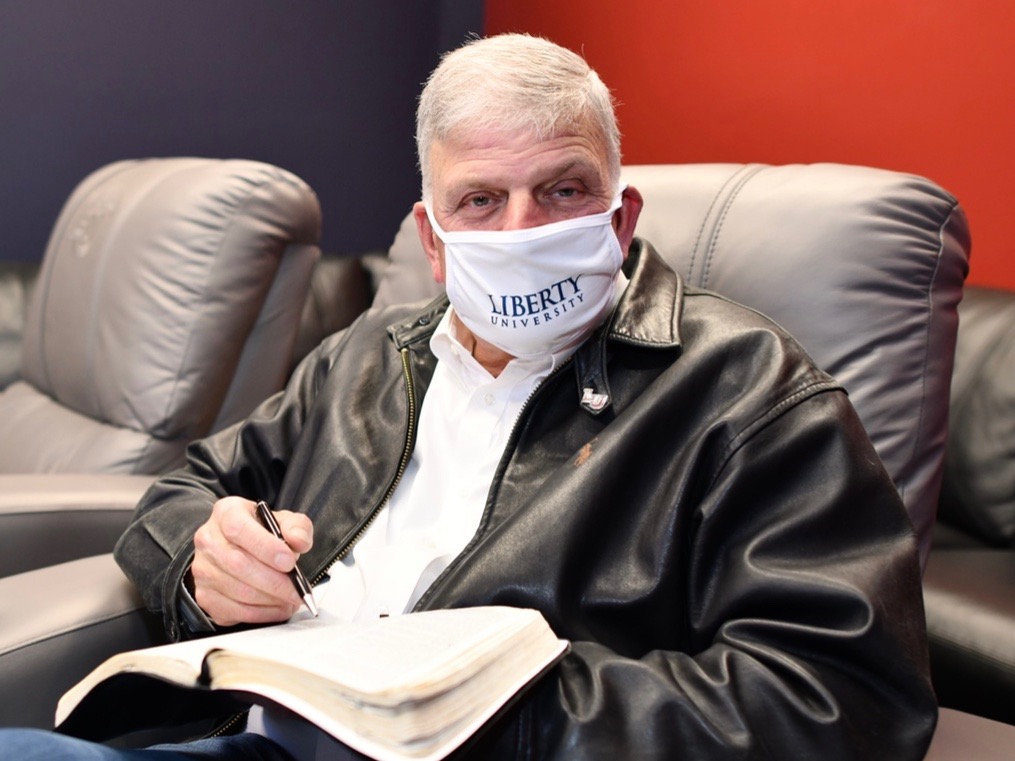 Creep of the Week: Franklin Graham

In case you haven’t heard, Donald Trump lost the 2020 presidential election. It’s over. Joe Biden will be the next Commander-in-Chief and not a second too soon.

In fact, it’s scary that Trump has a lame duck session to sit around and stew about his loss, and we’ve seen that he’s spending it in ways that reflect his maturity and character. In other words, he’s obsessed over and repeating baseless conspiracy theories about how the election was stolen and basically revealing himself to be the unhinged lunatic narcissist the majority of Americans can plainly see.

Sadly for 73,943,097 — way too many — American voters, Trump is their deity, and they will worship at the Church of the Gold Hamberder until they die. But as of this writing Joe Biden has 80,181,857 votes. That’s a lot of votes! And it could be even more by the time you read this, what with Trump paying for recounts that have actually netted Biden more votes.

Make no mistake, I am very happy that Biden won. Because OF COURSE I am. It’s all part of the radical homosexual agenda I’ve been keeping in my Google Calendar. The plan is coming together beautifully.

On November 11, the Human Rights Campaign released the Blueprint for Positive Change 2020, which they describe as “a critical roadmap of 85 individual policy recommendations that should be the priority of the incoming administration.” Best of all, these recommendations don’t require Congress, which means Mitch McConnell can’t do shit to stop them. It’s a literal LGBTQ agenda to help us move past the most anti-LGBTQ administration in history!

“The momentous election of pro-equality champions Joe Biden and Kamala Harris puts us on a path to move equality forward by advancing policies to improve the lives of millions of LGBTQ people,” Human Rights Campaign President Alphonso David said in a statement.

Sounds good to me, let’s party! Unfortunately, somebody accidentally invited Franklin Graham to the soirée, and he is pissed!

Responding on Facebook to a Christian Post story titled, “LGBTQ group urges Biden to strip accreditation of Christian schools with biblical beliefs,” Graham wrote, “This article reports how LGBTQ activists within the Democratic Party are pushing their godless, secular agenda with a potential Biden Administration. If you don’t conform to their ideology, agree with their sinful beliefs, teach what they say is right, they want to close you down.”

If by “close you down” he means “preventing religious schools from discriminating against LGBTQ people,” then yes! We are on the same page. Spoiler alert: that is not what Graham means.

More specifically, HRC’s blueprint wants the federal government to prevent religious schools from claiming religious exemptions to nondiscrimination policies and science curriculum. This is a radical concept for Franklin, who calls it “extremely dangerous.”

“If they are allowed free reign, they will go after the accreditation of Christian colleges, then Christian ministries and churches next, to strip them of tax-exempt status and try to force them to operate under policies that go against biblical teaching,” Graham wrote. “This is not only an attack on free speech and expression, but also an attack on our religious liberty.”

In other words, Graham literally believes he has the God-given right to discriminate against LGBTQ people and to claim that science is witchcraft. No one is infringing on religious liberties by mandating that you not only acknowledge that LGBTQ students are human, but that you also track things like bullying against them. I mean, I know the Bible is basically just Jesus whining about how he never gets good press coverage and that Democrats stole his resurrection, but…. Wait, I’m sorry. That’s Trump’s Twitter feed.

Apparently nobody has told Graham that yet, however, as he wrote in his Nov. 28 Twitter rant, “The presidential election isn’t finalized yet, but this shows why who we vote for is so important. We’ve had four years of an administration under President Donald J. Trump that staunchly defends religious freedom, freedom of speech, and the church.”

Sure, you could point out that technically the election isn’t finalized. I mean, Biden hasn’t been inaugurated yet for one thing. But make no mistake that Franklin isn’t being technical here. He is holding out hope that Presidential Lord and Savior Donald J. Trump will rise from the electoral dead and smite the Godless homo Democrats.

With apparently no irony at all, Graham finished his post with, “We can see that the one who holds the office of President of the United States has tremendous ramifications on our day-to-day lives and for the future of this nation.”

To which I say, respectfully, “Noooooooooo shiiiiiiiiiiiiiit.”