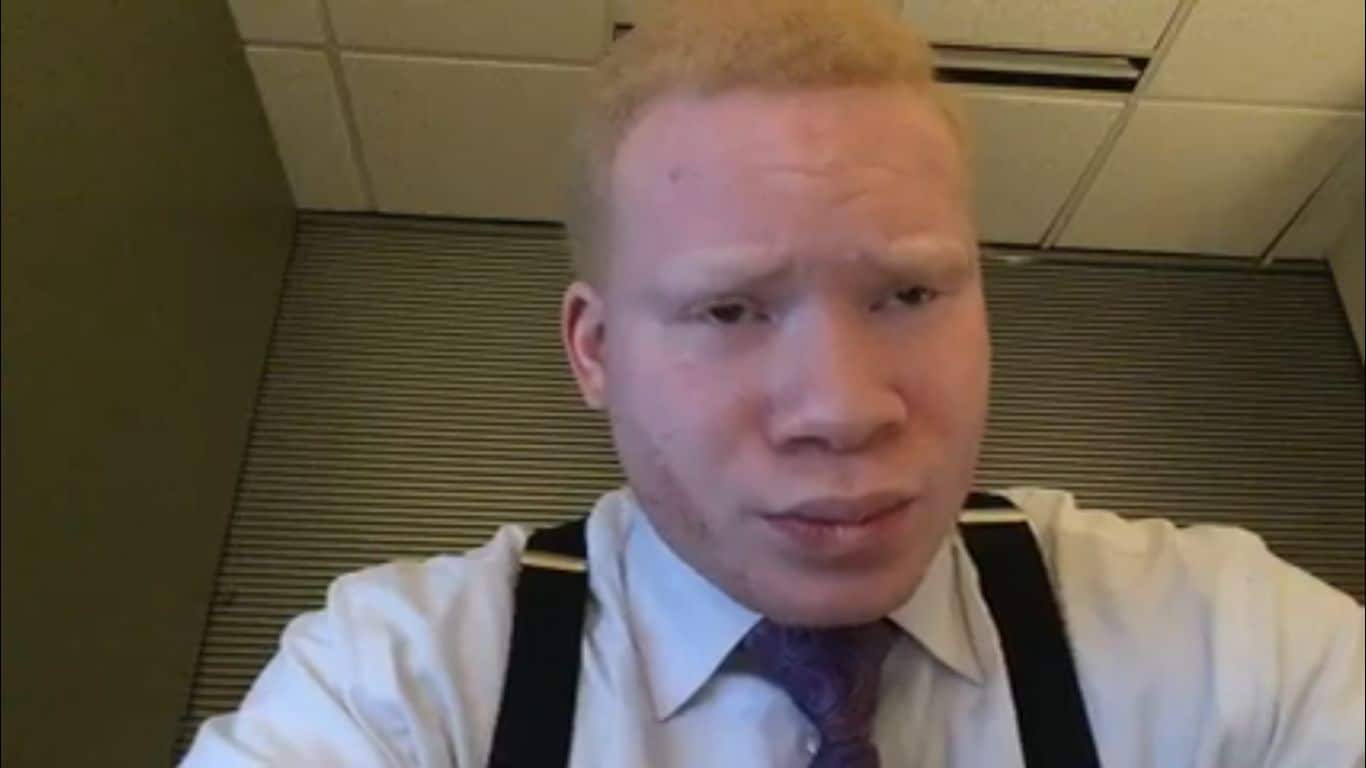 In a recent video post, the self-proclaimed CEO of a Black Lives Matter splinter group accused mainstream BLM activists of pushing an “LGBT agenda.” Conyers-Page, 29, is an occasional actor who performs under the name “Sir Maejor.” He appeared twice in an uncredited role on the television series “American Horror Story: Coven.”

It’s not the first time Conyers-Page has attacked the award-winning civil rights organization. Following his departure from Atlanta’s BLM chapter, Conyers-Page founded his own organization “Black Lives Matter of Greater Atlanta.” According to activist Aurielle Marie Lucier (as quoted in the Atlanta-Journal Constitution), “[Conyers-Page] is the head of an organization that does not exist.”

In the same AJC story, local activists called Conyers-Page “a fraud, a violent homophobe and a con-artist.” In a press release, Atlanta BLM said they have issued a cease and desist notice: “[Conyers-Page] used to be a member of our chapter but left and created another organization that used our name but didn’t align with our guiding principles.”

In Atlanta, Conyers-Page is tied to a series of bizarre public incidents. These alleged acts include instances of provocation, impersonation of law-enforcement officials and violence.

On May 5, 2011, according to a Criminal Awareness Bulletin released by the UTPD, Conyers-Page, a one-time student, had three entries with the university police for “Menacing, Harassment, Theft, Obstructing Official Business, Assault and Telephone Harassment, just to name a few.” After being banned from university property, “Page made 18-plus unsolicited phone calls to the president’s office and residence.”

Speaking from what appeared to be a small office with Venetian blinds, Conyers-Page criticized Atlanta BLM members Mary Hooks and Dre Propst.

According to Conyers-Page, during his first meeting with Atlanta BLM, “for 15 minutes straight, members of the other Black Lives Matter group aggressively tried to push the LGBT agenda. They aggressively did gay role-playing — they, they, they, they formed, and forced, people to be part of this LGBT-based movement.”

“If you ask me,” he continued, “Black Lives Matter, the national group, doesn’t give a damn about black men.” Conyers-Page said that BLM had “no problem using the death of unarmed black boys and the unarmed deaths of black men to further use the LGBT agenda as a vehicle to be pushed.” Conyers-Page claimed whenever the national media aired anything about BLM, “the interview’s gonna be done by a gay person, a gay man like, ah, ah, we ain’t gonna say no names.”

Conyers-Page’s claims are at odds with documented history. BLM’s public commitment to LGBTQ rights has been explicit since the organization’s founding. On BLM’s national site, a “herstory” of the movement reads, “As a network, we have always recognized the need to center the leadership of women and queer and trans people.” Two of BLM’s three founders (Alicia Garza and Patrisse Cullors) self-describe as queer.

According to long-time Atlanta BLM members Hooks and Propst, Conyers-Page’s recent outburst is no surprise.

Propst said he began the Atlanta chapter in 2015 with Mary Hooks. They had an open public meeting that was standing room only. “Maejor came with his attorney. He told us he wanted to get involved with BLM,” Hooks told Georgia Voice. They investigated him, and his strange history came to light.

When Conyers-Page fell into legal trouble, Propst said, “He asked me if BLM could help him by showing up in the court.” Propst declined. Conyers-Page replied, “Well, y’all gonna have to,” and then said he wanted to use BLM to raise money for his legal fees.

“We said no,” Propst continued, “And he started getting mad at us. Next thing I know, he’s starting to talk to people I know about ‘Those gays in the Black Lives Matter Movement.’” According to Propst, multiple women said that Conyers-Page had grabbed or attacked them. After BLM declined to make Conyers-Page their communications manager, “He got mad, and opened his own chapter.”

“Everywhere we go, he follows us,” Propst said. “He shows up. He’s attacked women. He’s been doing this for a couple of years.”

“What’s really at stake here is the fact that he’s co-opting black queer women’s work,” Hooks said. “And so … that’s what disturbs me: He has no intention of manifesting the principles that BLM puts into it.” Both Hooks and Propst suggested that Conyers-Page might be an agent provocateur. “Folks just need to have some discernment when they are deciding whether or not to engage with him.”

Conyers-Page’s organization declined an invitation to comment on this story.