Ben Cohen, the former English rugby star and always gay icon who has taken his fame and rugged good looks to raise money for anti-bullying efforts through his StandUp Foundation, announced today his organization donated nearly $60,000 in since it was founded in Atlanta 2011.

“Our mission is simple but will take time to fulfill. We are off to a strong start,” said Cohen in a prepared statement. “We exist to raise awareness of the long-term damaging effects of bullying, and to fund those doing real-world work to stop it.”

Cohen has also said he wants to specifically work to stop LGBT bullying as well as end homophobia in sports. He has become a popular attendee of many Atlanta LGBT events, enjoys working out with the Atlanta Bucks gay rugby squad, and was an honorary grand marshal for last year's Atlanta Pride. 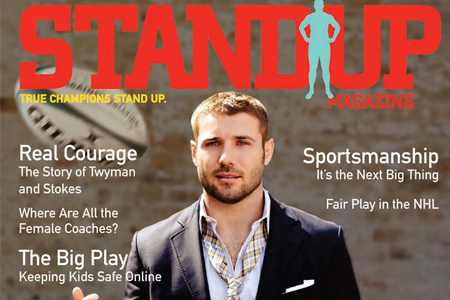 Retired rugby star and now full-time anti-bullying advocate Ben Cohen launches his new magazine and hosts a sports awards dinner in Atlanta on Wednesday — and informed sources say Babydaddy from the famed Scissor Sisters will be on hand to join in the celebrations.

The Compete Sports Diversity Awards and StandUp Magazine  launch will be held together on Wednesday, Nov. 14, at TWELVE Atlantic Station, located at 361 17th St. NW, Atlanta, GA 30363. Tickets are still on sale for both events and can be purchased here. Nov. 14 also marks the Second Annual StandUp Day marking the anniversary of Cohen's father's death after he was killed trying to stand up for an employee who was being attacked.

From Cohen about the Second Annual StandUp Day:

Ben Cohen wants you to ‘StandUp’

Ben Cohen’s rugged good looks, gregarious personality and prowess on the pitch easily won him gay fans, but it is his community activism that earned him a spot as one of two honorary grand marshals of the 2012 Atlanta Pride parade.

The former rugby star from England has made Atlanta almost a second home since deciding to base his StandUp Foundation here. He is considered the first straight athlete to dedicate his philanthropic efforts to combat LGBT bullying and eliminate homophobia in sports.

Founded in 2011, the StandUp Foundation has raised some $500,000 to donate to such organizations as Atlanta Field Day, the national Campus Pride, Bully Free Zone UK, Safety Center UK, Belong to Youth Services Ireland and a number of local schools and safety programs, according to Atlanta resident Patrick Davis, foundation president.

[Video] Behind the scenes of Ben Cohen’s 2013 calendar

The Georgia Voice Editors
Videos
September 12, 2012 0
Gay men love him for his rugged good looks and many in the LGBT communities love him for speaking out... 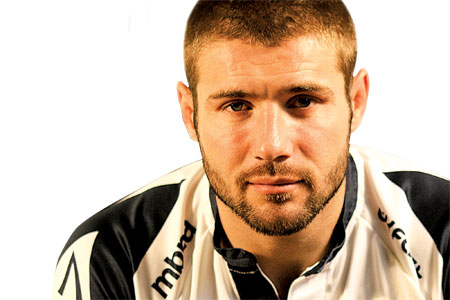 Today the Atlanta Pride Committee announced two honorary grand marshals for its Oct. 14 parade and both star power with them.

Ben Cohen, the hunky retired rugby star from across the pond who founded his StandUp Foundation in Atlanta to combat anti-gay bullying and homophobia in sports will ride in this year's parade as an honorary grand marshal.

And Stuart Milk, the nephew of Harvey Milk, one of the world's most renowned gay activists who was assassinated 1978, also brings his message of equality to Atlanta Pride. 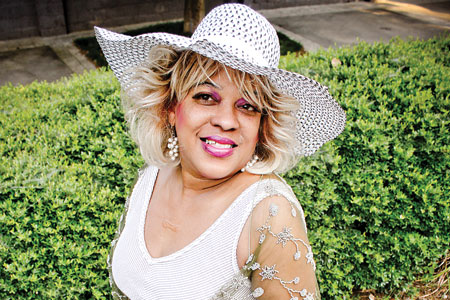 StandUp Foundation aims to be next ‘Livestrong’

Patrick Davis, head of Atlanta-based StandUp Foundation's board of directors, penned a column in The Huffington Post today, saying his organization has the potential to become a social-commercial campaign, much like Lance Armstrong's Livestrong or the (RED) AIDS in Africa campaign.

Davis says that the LGBT equality movement is a part of mainstream culture and thinks the time is right to expand the message:

"I am thrilled by the leadership and support of brands sponsoring Pride celebrations. But I wonder if they know that marketing existing brands to LGBT people is far from building brands expressly for the benefit our community and causes. We are ready for a social-commercial brand to drive additional mainstream awareness, support and dollars.

Big events on tap as Stonewall Month winds down in Ga. 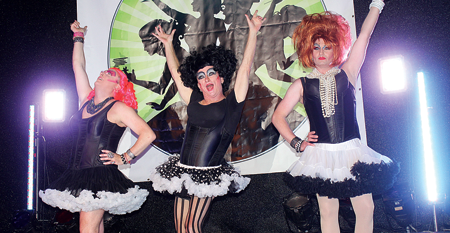 As cities around the nation celebrate LGBT Pride the last weekend in June, Atlanta’s Stonewall Month winds down with several Pride-themed events. From sports to festivals and even a “Sugarbutch” blogger, there is plenty to do before the month wraps up.

Pride festivals are traditionally held the last weekend in June to commemorate the 1969 Stonewall Riots, when patrons of the Stonewall Inn, a gay bar in New York City, fought back against police harassment in what is widely seen as a turning point for gay rights.

But after being celebrated the last weekend in June in Piedmont Park for most of its history, Atlanta Pride was forced to move in 2008 when a record drought booted all large festivals from the park. After an unpopular July 4 festival in 2009, Atlanta Pride organizers announced future festivals would be held in Piedmont Park to coincide with National Coming Out Day, Oct. 11.

Out in the Stands, Dine with Pride still on tap this week