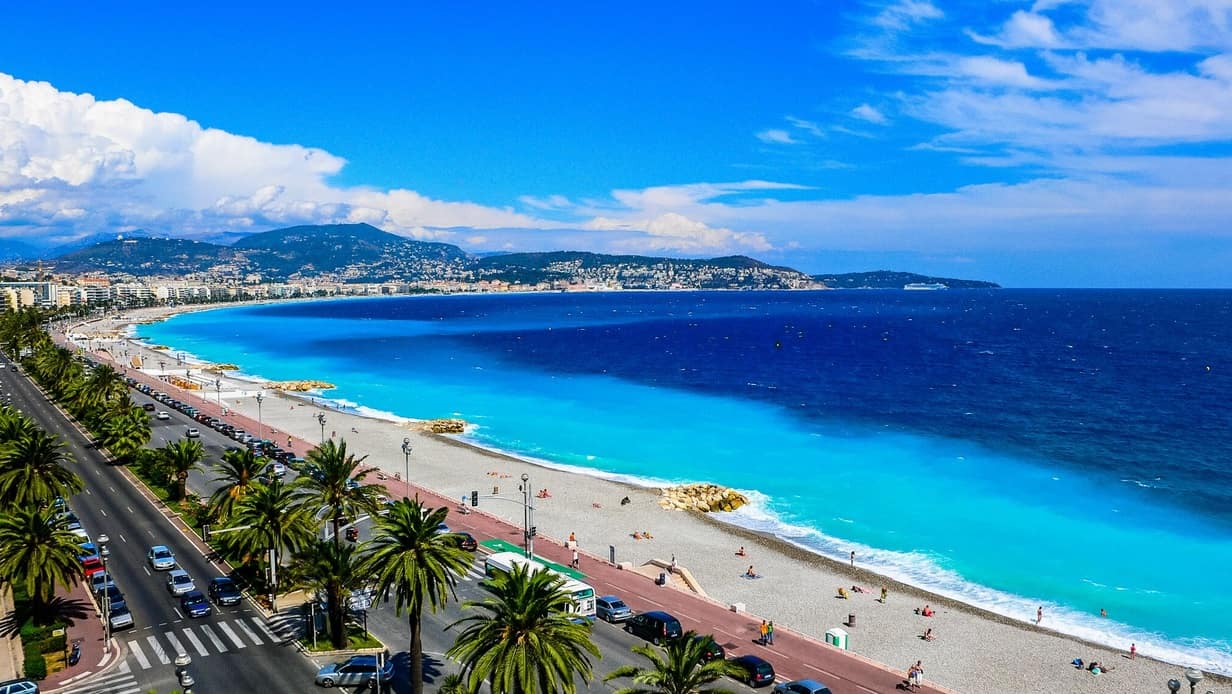 I broke eye contact with the denim-coated gentleman who was walking faster than normal people walk. Staring would be rude, but he caught me by surprise.

“That was Gael García Bernal,” I laugh-whispered to my wife outside a quiet eatery in a dimly lit alleyway. (The French love a dimly lit alleyway for dining.) I was in Cannes during the Cannes Film Festival, so I ﬁgured some of the more famous attendees would ﬁnd their way into the old, uneven streets of the beachside town. I gestured with a crust of bread after he was well out of earshot and she spun in her seat.

“Oh, wow. He’s really short,” she said softly, then dove back into her John Dory. She isn’t much for celebrity, but she loves a grilled catch.

We were at the Bistro Les Canailles which (and I hope I’m not assuming too much) was ﬁlled with gay waitstaff. Thing is, you don’t get too acquainted with the staff in France. Unlike what we’re used to in America, they’re not big on tableside conversation. Suddenly, they’re there taking your drink order, 10  minutes later they’re back with your drinks (I’m not kidding), and in another 15 or so,  they’re back to get your food order.

And it’s not just that one bistro, or the fact that we’re Americans — the French have an incredibly laid-back style when it comes to dinner. It’s not at all weird for dinner to start at 8pm and ﬁnish up around 11pm. They take their time and savor the food, the conversation, and the ﬁnality of another day spent near a beautiful coast.

Oh, and cigarettes — they savor the bloody hell out of some Marlboros.

Culturally, it’s a departure, which is exactly what you want when you travel, right? It does take a bit of getting used to, but that’s part of the excitement. The cars are impossibly tiny and they park on the sidewalks; there are 5,000 scooters buzzing by you every second; fruit is growing on trees around the city free for anyone who wants a quick snack. What’s neat is how much it looks like New Orleans — a much cooler, older, more “real” New Orleans, of course. The architecture is stunning. Low buildings with rococo balconies let lean-bodied women walk out of their bedrooms in revealing attire to welcome the morning and seemingly pay no mind as young men (and maybe a gay editor) take quick, cheek-reddening glances. The people of Cannes are absolutely gorgeous. Everyone’s so fit, so tan, so moisturized, so stylish.

But then: “Why do people get mad when I smile at them?” I asked my Airbnb host, Pierre, who couldn’t possibly have a more French name. His initial confusion turned to laughter. He forgot that “Americans love to smile so much!” and that it’s considered strange to the French. People think you’re either “cuckoo” or a “scammer” if you’re just smiling at random. Bizarre! I didn’t even realize it was an American trait to give a polite head-nod to someone you’re passing on the (tiny) sidewalk. And heaven forbid you look into a stroller and smile at a kid, honey: The death glare from both the mother and the kid will send chills down your spine. What’s more, I asked if I could pet someone’s dog before I realized I was being a complete jerkwad for speaking to a stranger, and the “oui” was … reluctant, to say the least. The ensuing snarl from the dog as I slowly squatted in front of it was all the “gtfo” I needed. So be careful of that, if you’re planning a trip to France.

What’s perhaps most interesting is that, against the advisement of my host to stay away from the Muslim neighborhoods, I found the nicer representatives of Cannes in those “dangerous!” places. When I smiled, they actually smiled back. They said hello when I put my selections of their fruits and  meats on their counters and wanted to know where I was from. Needless to say, I did all my shopping in the “scary”parts of Cannes.

Let’s talk about the beach. Do you own a yacht? Because this is the place to show it off. The waters of the French Riviera are where the rich come to flash their goods, from helicopters to Bugattis. I was there on assignment, so imagine my tomboy self in a Red Hot Chili Peppers tee and ripped jeans fully accepting (after two days) that I did not pack right for this trip. At least I spoke French. Well, perhaps at most I spoke French. Otherwise, I was that broke girl on Billionaire Beach eating trail mix and wondering where a free public bathroom was.

The beach itself, though, was rocky and rough on the feet. Not many folks were swimming so much as just wading and splashing around a bit. I don’t think it’s really “that” kind of beach unless you  have a boat to take you out into the depths.  But the French Riviera is really pretty to look at as you eat or want a romantic backdrop during your stay.

TIPS
Get some euros! The small shops aren’t down with credit cards, for some reason. If you’re staying for awhile and you’d like groceries or some beer/wine/etc., to bring back to your pad, you’re going to need cash. Ditto for public bathrooms: You’ll need some coin to open the door.

It’s so humid! Be prepared for weather in celsius, of course, but then add some more celsius because the air is thick with heat that has you sweating the minute you get out of a cold shower. Honestly, it’s worse than Atlanta.

No free refills + tiny glasses = I’m still thirsty. I’m not sure what the deal with that is, but you’ll learn how to preserve the hell out of the thimble of Diet Coke you get as you eat.

It’s complete garbage that leaving a tip in France is considered “rude.” Yes, there’s a  service compris (gratuity added) to the bill, but to say it’s just bad manners is ridiculous.  The little extra you can leave is called a pourboire and it’s just something you do if you consider the service exemplary. No one  is going to berate you for not leaving a tip, nor will they think you’re an evil American for leaving something extra.