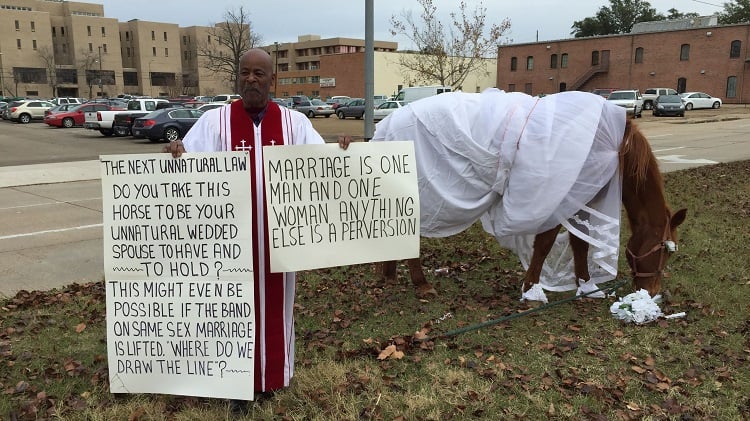 1. “I use the image of a kaleidoscope — the jewels inside are desires. If you turn it one way, it’s lesbianism. If you rearrange them, it can be community service or devotion to Mary.” WaPo with a report on gay Christians who are choosing celibacy.

2. “Do you take this horse to be your unnatural wedded spouse to have and to hold?”  A Mississippi pastor brought a horse with a wedding dress on with him to a federal courthouse to protest a judge’s decision to strike down the state’s same-sex marriage ban.

3. The New York Times with a report on the Warwick rowers’ tour of the U.S.

4. A French magazine outed a far right French politician, in what’s being called a rare breech of press protocol for that region.

5. VIDEO OF THE DAY: Buzzfeed with “17 Bisexual Guy Problems.”